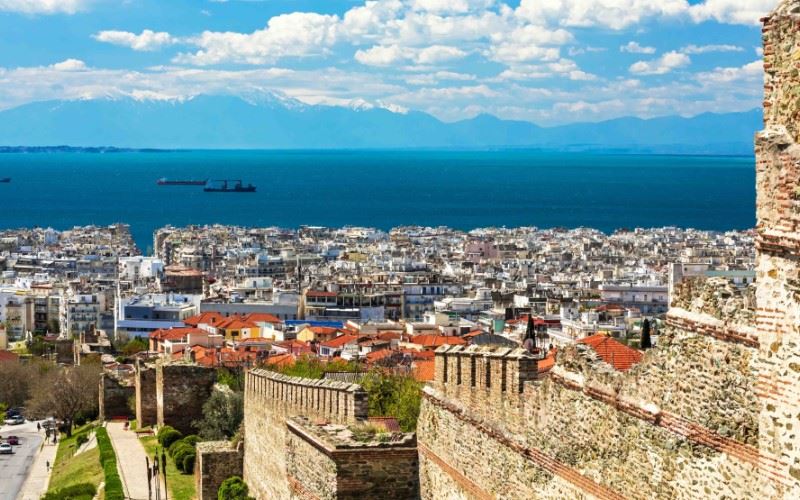 Thessaloniki is the liveliest and most vibrant city in Greece. It is also the focal point of Macedonia, one of the least known yet very interesting regions of Greece. This fly-drive, which includes a city stay in Thessaloniki, followed by an itinerary around some of the north-western regions of Greece is an introduction to these fascinating areas of the mainland.

On arrival at Thessaloniki Airport you will be transferred to the Olympia Hotel in the city.

This evening, take the opportunity to wander around the lively Ladadika area near the hotel and enjoy a meal in one of the many restaurants or tavernas. 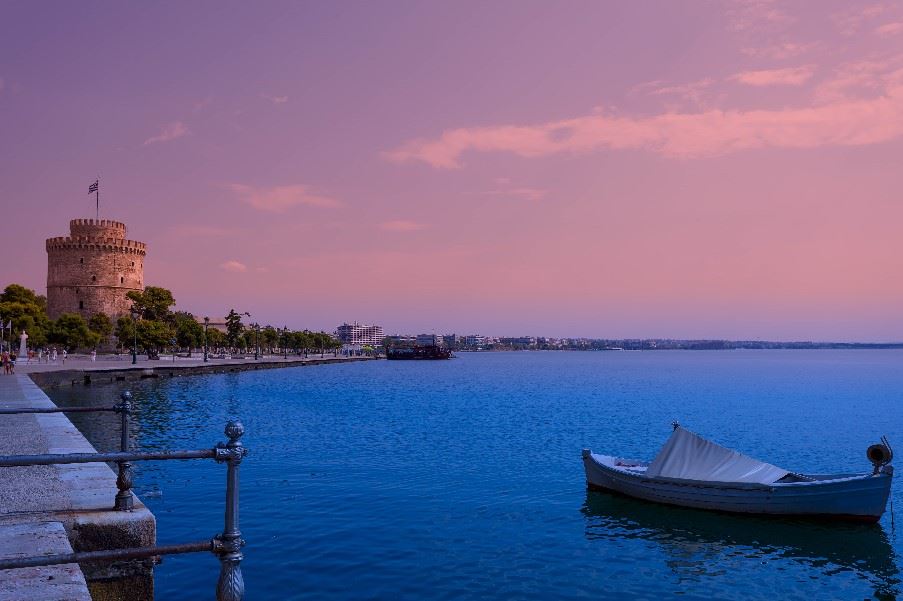 Today is dedicated to discovering this multi-faceted city. We would recommend pre-booking an optional 3 hour walking tour of Thessaloniki in your itinerary to acquaint you with the history, culture and geography of the city (price on request). You will also have plenty of free time to independently visit the Archaeological Museum, the Museum of Byzantine Culture, the White Tower Museum and, in the evening, perhaps attend a performance at one of the ancient open air Greek theatres or an opera in what is one of the largest and most modern concert halls in Greece. 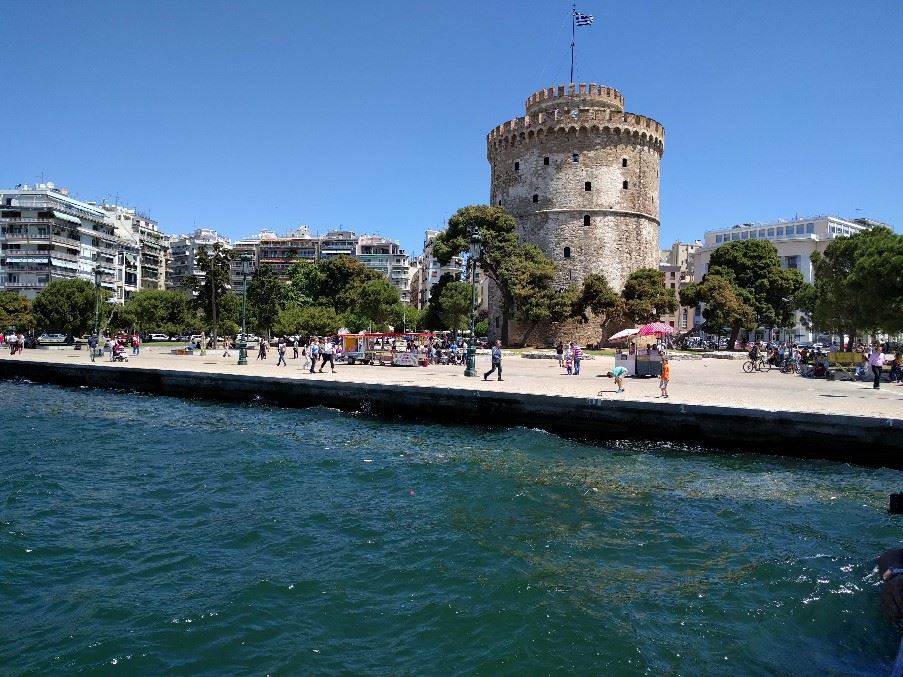 Thessaloniki is probably the best place in Greece for shopping with many fashionable boutiques and quaint craft workshops. If a spot of retail therapy is not for you, take the time to sit in a cafe and simply watch the world go by. And, don’t forget the upper town of the city which is a UNESCO World Heritage Site. 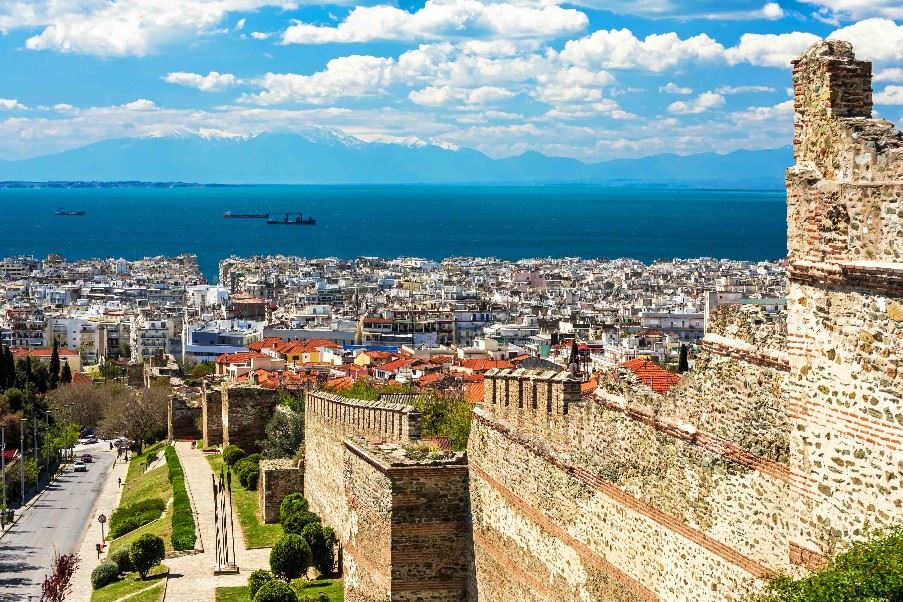 After breakfast, your car will be delivered to your hotel and you are able to set off for Veria, a drive of 72km (1 hour). Veria is now a fairly prosperous agricultural town but dates from as early as 1,000 BC. It was an important town for Philip II of Macedon and also subsequently for the Romans. St Paul preached there and under the Ottomans and Byzantium the town was a centre of learning. During World War II it was an important resistance centre against the Nazis. There are many Byzantine monuments in the town as well as mosques and Ottoman buildings. Ancient Aegae (Vergina), the summer capital of Philip II of Macedon, father of Alexander The Great, and a UNESCO World Heritage Site is only a 12km drive away. The site contains the tomb of Philip II and is one of the very famous archaeological sites in Greece.

Overnight at the Veritas Hotel in Veria. The overnight can also be arranged in Vergina. 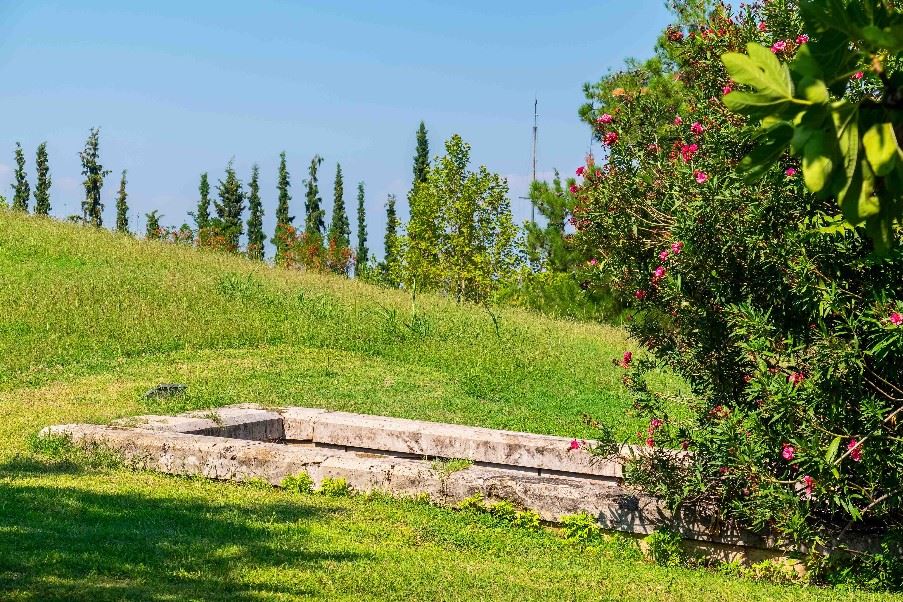 After breakfast, continue south to Kalambaka or Kastraki in Thessaly, a drive of 164km (2 hours). Either is a good base from which to view the cliff-top monasteries of Meteora, one of the most spectacular sights in Greece with monasteries seemingly impossibly perched on monolith shaped pillars of rock. Needless to say the monasteries of Meteora are a UNESCO World Heritage Site. Out of the 20 monasteries build at the beginning of the 14th century in order for the hermit monks to escape from the Turkish occupation, only 6 remain today.

Overnight at the Kastraki Hotel in Kastraki. 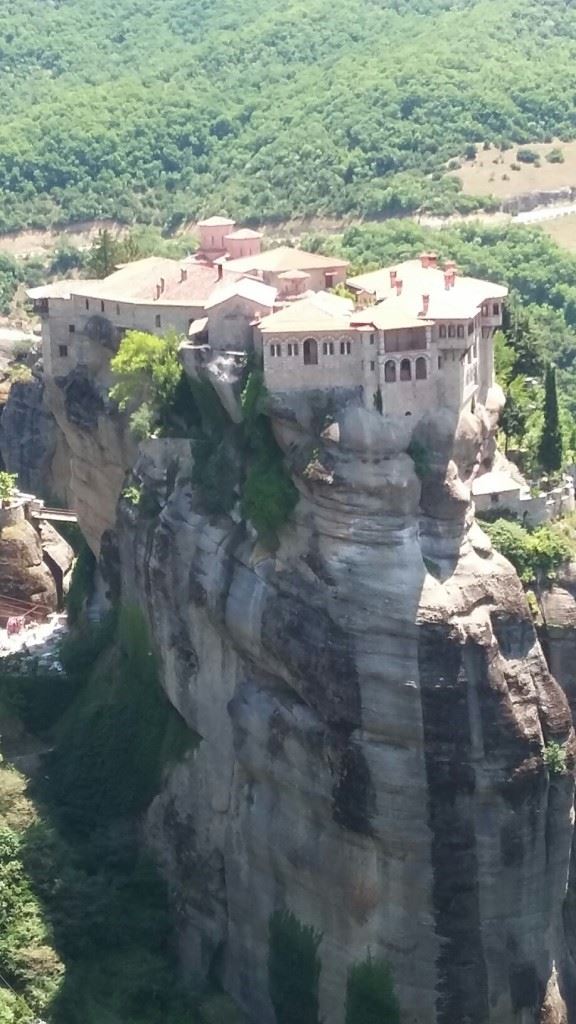 After breakfast, the drive is to the west through the mountain village of Metsovo (worth a stop for coffee and a wander) and then on through the Pindus Mountains and the municipality of Zagoria to Micro Papingo. The total drive is 122km (1 hour 45 minutes). With wild rivers, 18th century bridges, some 46 grey stone villages and spectacular mountains this is an area for walkers and nature lovers. The jewel in the crown of the Pindus Mountains is, of course, the Vicos gorge, the deepest in the world. Head for the viewing point at Oxia, near the village of Monodendri, for the most spectacular view in Greece. Mikro Papingo where you will be based is one such stone built village sheltering below a dramatic craggy outcrop and the perfect base from which to explore the Zagoria area. You might even see a wolf or bear!

Overnight at the Dias Guesthouse, Epirus and Zagori. 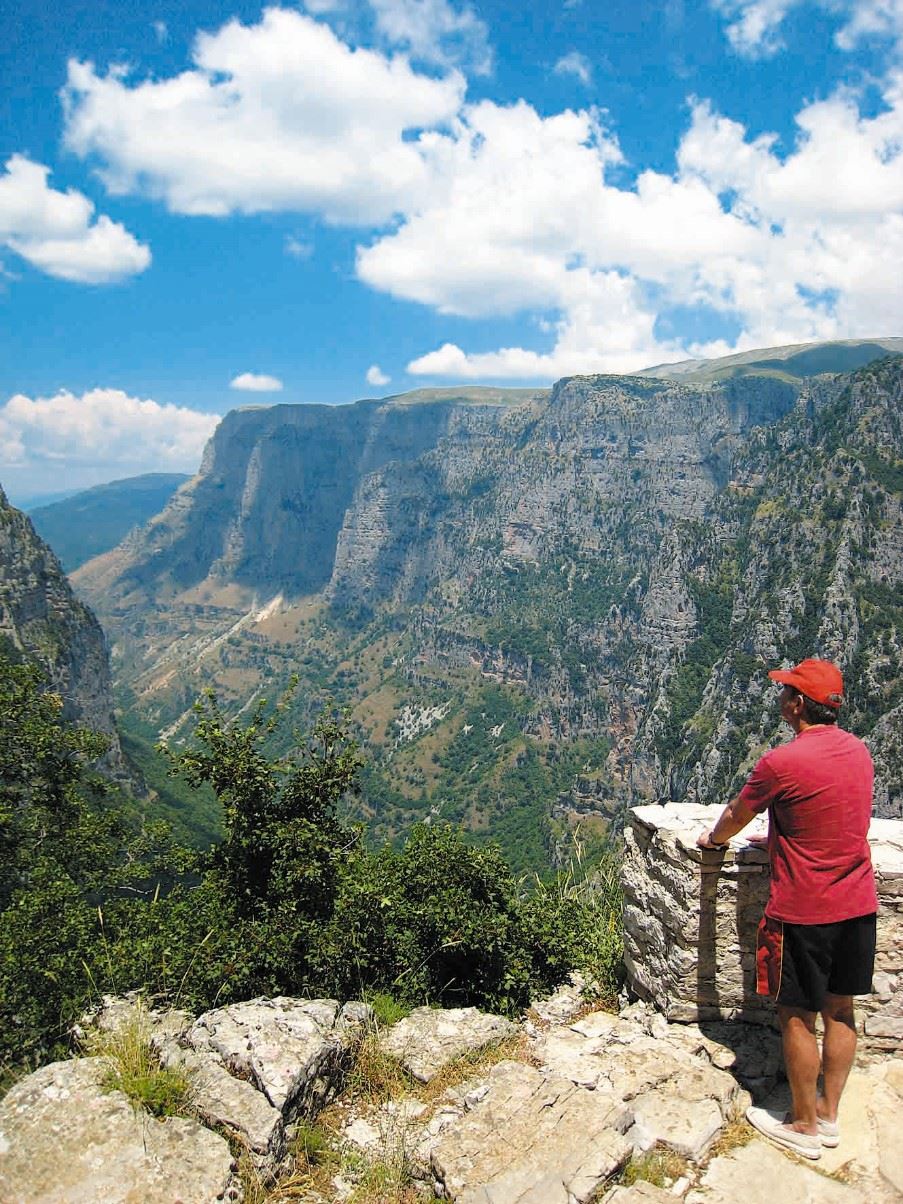 Today you will complete the longest drive of the itinerary and so you will need a good breakfast and an early start! Florina is 282km (3 hours 20 minutes) almost on the Albanian border. You should also stop in the town of Kastoria, international centre of the fur trade as well an important religious centre, for a coffee and a snack by the lake before continuing to Florina. Florina, in mountainous north-western Macedonia is the gateway to the famous Prespa lakes bordering Greece, Macedonia (not Greek Macedonia) and Albania. This is a market, agricultural town. The Prespa lakes (there are two) are located 850 metres above sea level are set amongst wooded mountains and are one of the most important wetlands in Europe and of considerable beauty. Hundreds of bird species migrate through the area and nest and breed here with many very rare species. A boat ride across the Great Prespa Lake on a traditional ‘plaves’ boat is highly recommended.

Overnight at the Pleiades Hotel in Florina. 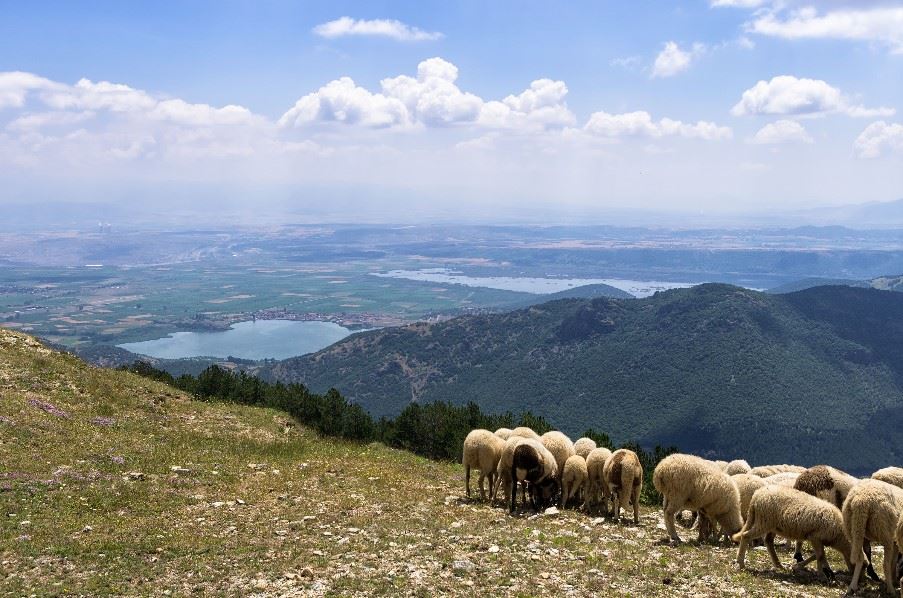 From Florina to Edessa only takes an hour (77km). Edessa is a city at the crossroads of history and traditionally controlled the Via Egnatia, the most famous of Roman Roads. The city has been occupied by Parthians, Armenians, Romans, Persians, Normans, Ottomans, Serbs and Byzantines. Known for its waterfalls and the site of ancient Edessa, the ancient city of Pella is a short drive away. A good base for your final night in Macedonia, the home of Alexander the Great. 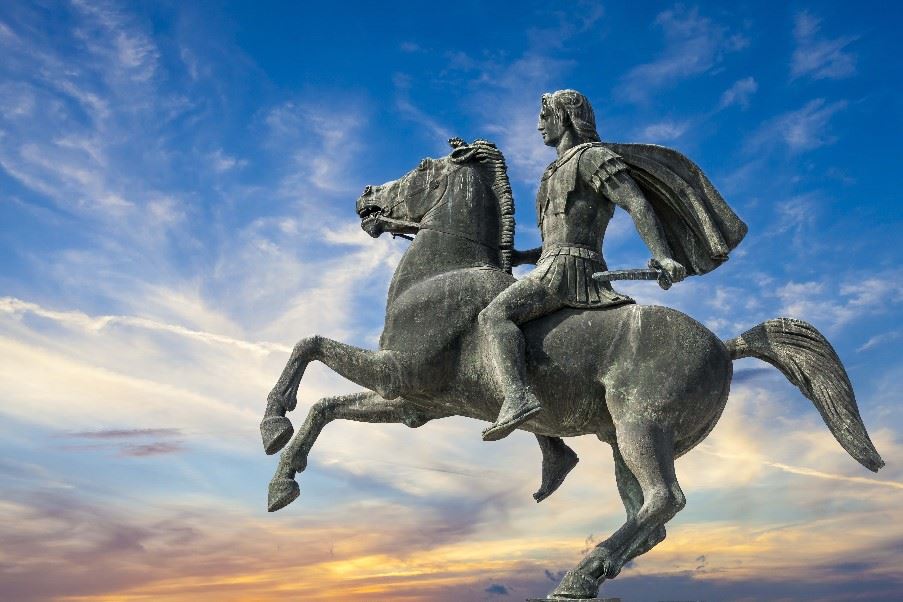 After breakfast set off for Thessaloniki Airport, an hour and a half's drive (109km) for your flight home. If you'd like to extend your holiday with a few nights R&R by the sea we'd recommend a few nights at the 5 Star Cavo Olympo Luxury Hotel 2 hours drive to the south (90 mins from the airport) which can be added at a very reasonable cost.

The Olympia is a new hotel, built on the site of the original Thessaloniki Olympia City Baths dating back to 1932.

The Olympia is a new hotel, built on the site of the original Thessaloniki Olympia City Baths dating back to 1932. This is a hotel in contemporary and more minimalist style, with clean lines, with a decor consisting of a mixture of granite, earthy colours and oak parquet floors complemented with designer furniture. It is located about 500 metres from the city centre of Aristotelous square and within a 10 to 20 minute walk of the port and the promenade, the archaeological Museum, The Museum of Byzantine Culture and the White Tower. Cafes and restaurants are all around.

Dias House is a traditional stone B&B guesthouse in Mikro Papingo, high in the mountains in the heart of the Zagori National Park.

Dias House is a traditional stone B&B guesthouse in Mikro Papingo, high in the mountains in the heart of the Zagori National Park. It has just 12 cozy rooms, all with ensuite shower. The owner, Kostas, used to be a mountain guide so the property is popular with walkers. As with his rooms the restaurant here offers excellent unfussy meals (and substantial portions!) plus good local wine. Between Mikro Papingo and the larger village of Megalo Papingo, 3 kms down the road, are some rock pools where you can swim. Highly recommended.

We can also offer accommodation in Ioannina and Metsovo for those on fly-drive itineraries.