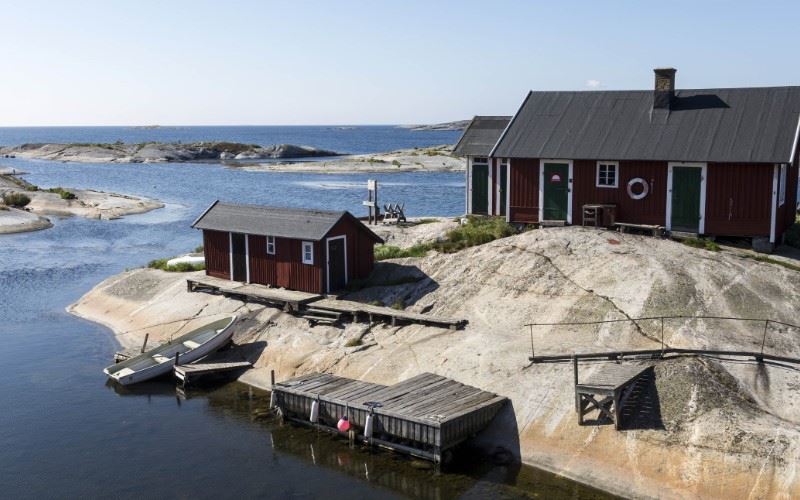 Stockholm and her archipelago

The local name for this area is “Skärgården”, literally meaning garden of skerries - unforested rocks which rise up from the sea. It is said that the Stockholm archipelago consists of 30,000 islands, rocks and skerries and the options for exploring this idyllic seascape are endless. Our twin-centre, 7-night holiday to Stockholm and the island of Utö is the perfect introduction to the destination, allowing time to explore the inner and outer archipelago.

Note: This itinerary is subject to change depending on the boat schedules from Stockholm to Utö. Ferry tickets payable locally.

On arrival at Stockholm Arlanda airport self transfer to the Freys Hotel in the centre of Stockholm, close to the shopping streets of Drottninggatan. 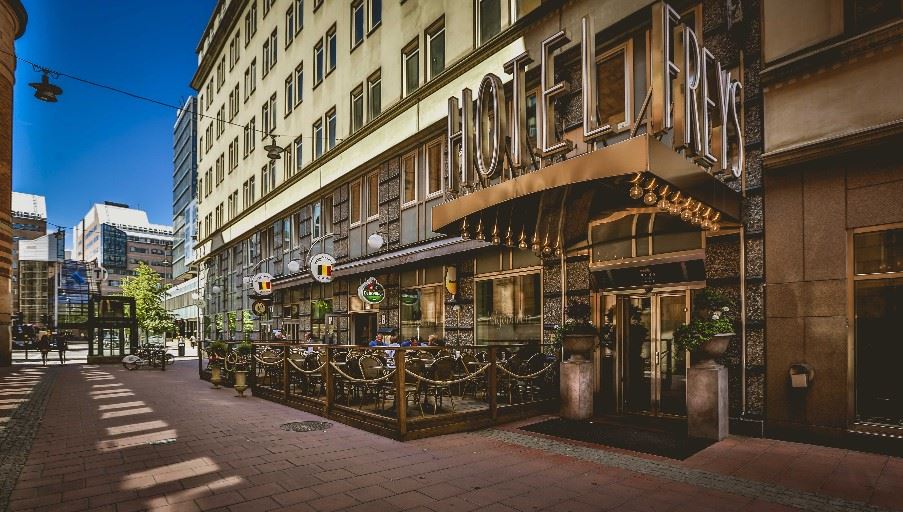 Stockholm is spread over 14 islands, connected by bridges and tunnels. It is a modern city at the forefront of design, fashion and technology yet it remains wonderfully calm, natural and proud of its heritage. Today, use of your Stockholm Pass to familiarise yourself with the capital and its world-class museums and attractions. The complimentary Royal Canal boat tour, which passes through the Djurgården canal and along the shores of Saltsjön, is an excellent introduction to the city, its history and layout. Alternatively, join a guided bike tour of Stockholm (free with the city pass) which visits gems such as the City Hall, Gamla Stan, Södermalm and the National City Park.

Opportunity to explore the city or to use your Stockholm Pass to travel further afield. A highlight for the Sunvil team is Sweden’s best preserved royal palace at Drottningholm, a UNESCO World Heritage site and the residence of the Swedish royal family. City Pass holders enjoy reduced rates on the boat cruise to the Palace (Apr-Oct) and free entrance. The parks at the palace are alone worth seeing, not to mention the wonderful 19th century architecture and the palace theatre. 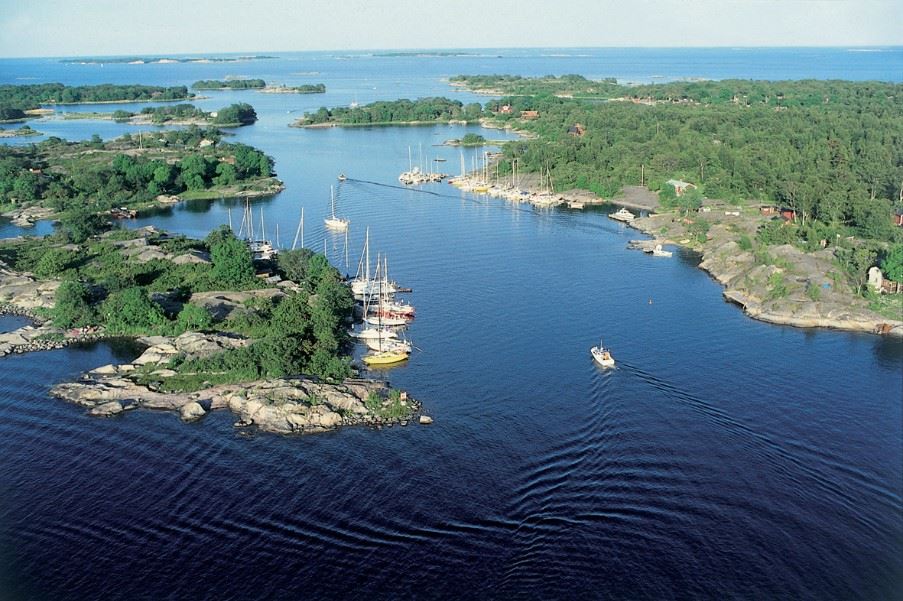 Day at leisure in Stockholm. Why not take a day excursion to one of the islands of the central archipelago? It is only on a boat excursion that you will appreciate the diverse nature of this destination and the ever-changing landscape. The further from Stockholm you travel, the smaller and flatter the islands of Skärgården become. We would recommend a visit to Grinda, a striking traffic-free island with a picturesque marina (2 hours journey time in each direction). In fact, it is easy to while-away the hours at the waterfront café or on the rocks, watching the coming and goings. Inland, are a series of short walking trails, cultivated fields and a sandy beach. Another recommended destination for a day excursion is the island of Sandön (2 ½ hours journey time in each direction). As one of the islands on the outer fringe of the archipelago, Sandön is a place of natural beauty adorned with pine groves, colourful cottages and sandy beaches. The centre of life on the island is the village of Sandhamn, a popular sailing harbour - one of the busiest in the region, with its small selection of shops, restaurants and bars. Yet, take a stroll away from the yacht club and the village centre, and you can still find a tranquil spot of your own, even in the height of summer. 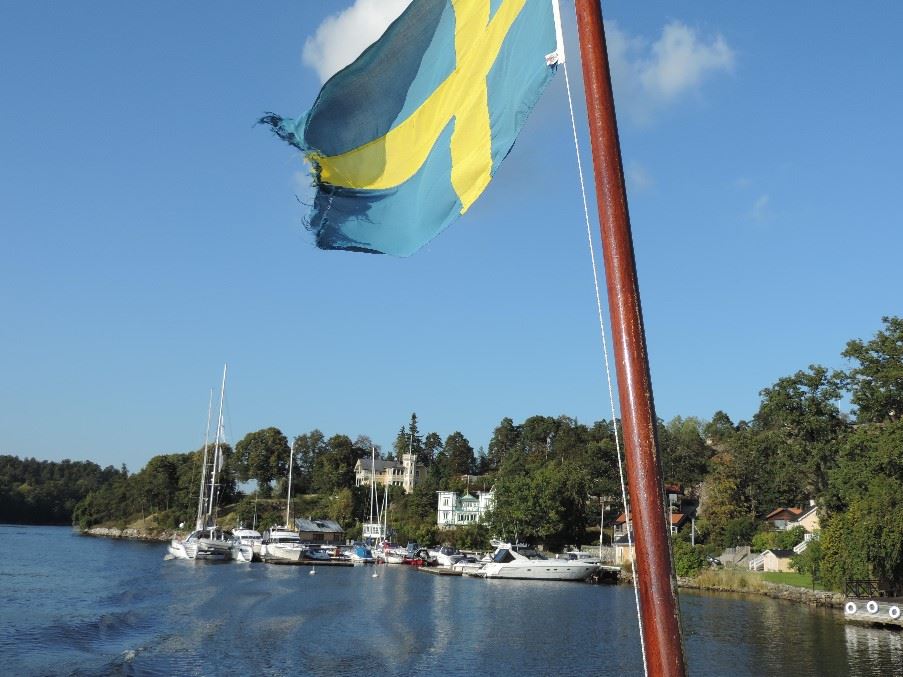 After breakfast, self-transfer to the island of Utö in Stockholm's southern archipelago (payable locally). On arrival at Gruvbyn harbour walk to Utö Vardshus, 450m from the watersedge. 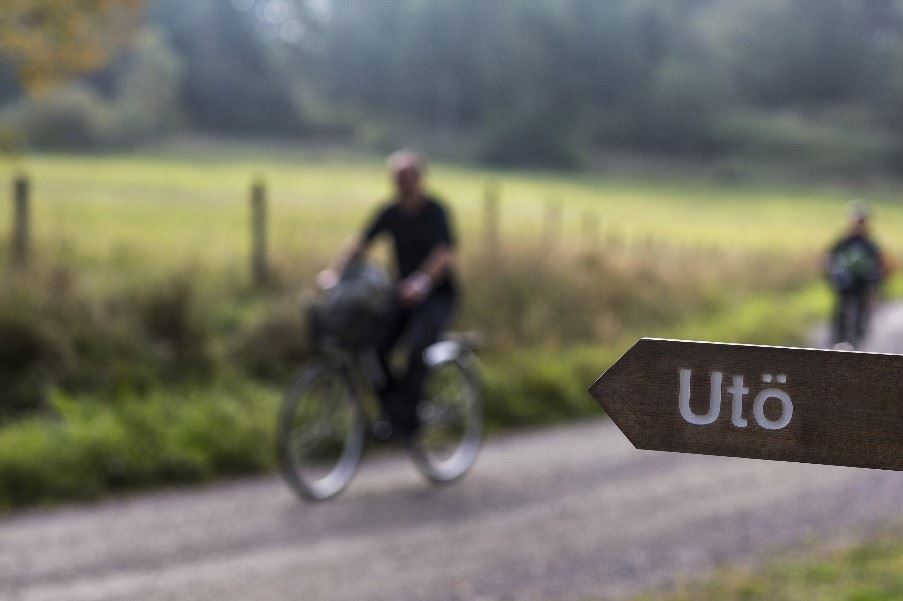 Time to explore the 10km long island of Utö and the neighbouring island of Ålö. The island is a complete destination where you can be as active or as relaxed as you desire. Take a self-guided tour through the historical iron-ore mines, join an island tour by boat, hire a bicycle and explore the inland countryside, walk in the woods, kayak amongst the surrounding skerries with a local guide, swim in the crystal clear waters or sunbathe on the beach, the choice is yours. A stay on Utö, even for a couple of days, will recharge your batteries. It may only be 2-hours from the centre of Stockholm but it feels like a different world. 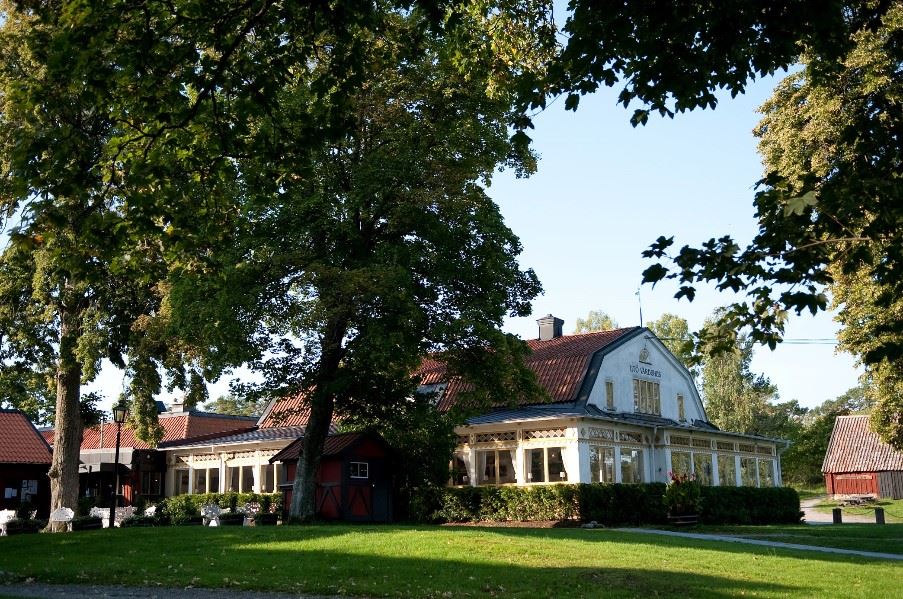 After breakfast, depart Utö by boat for your return voyage to Stockholm (payable locally). Sit on the deck, and wave goodbye to your island retreat and its pretty harbour. On arrival in Stockholm, self transfer to the airport for your return flight home.

Situated off Vasagatan in the heart of Stockholm, the Freys Hotel is just a stones throw from the city's main shopping streets and Arlanda Express train station.

Situated off Vasagatan in the heart of Stockholm, the Freys Hotel is just a stone’s throw from the city’s main shopping streets, the central train station and the Arlanda Express terminal. This hotel offers a comfortable and well-positioned base from which to explore this historic city. A Belgian restaurant, hotel bar and inner courtyard garden await guests after a day’s exploration.

Utö is one of the largest islands in Stockholm’s southern archipelago, and its ambience and scenery could be no further from that of the capital.

Utö is one of the largest islands in Stockholm’s southern archipelago, and its ambience and scenery could be no further from that of the capital. It is an landscape of small hamlets, shingle beaches, rocky promontories, woodland and farmland. This island is a natural playground and also the summer destination of choice for many Stockholmers. You can kayak, walk, cycle and swim here.

In spring and autumn, Utö is calm and uncrowded yet even in the height of summer, using the allemansrätten (right to roam), you can find a picturesque spot all of your own.

Owner-managed by Anders Malm and his team, Utö Värdshus is situated 450m from Gruvbyn harbour. At the heart of the guesthouse is a courtyard, bar, nightclub and panoramic restaurant where guests meet and unwind. The cabins are fully equipped and are located apart from the communal areas allowing guests to be as independent as they desire.