On our recent expedition to Costa Rica’s Osa Peninsula, our 12 strong team were engaged in a number of tasks to assist the Corcovado National Park. This is said to be the last unspoiled tropical rain forest in Central America and it is home to a wide variety of wildlife. The birds are spectacular and for reptile enthusiasts there is no shortage of snakes. 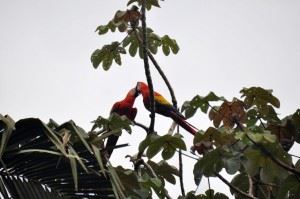 Our expedition had been launched at the suggestion of Lana Wedmore, an ex Operation Raleigh adventurer who has built the amazing Luna Lodge, harmonizing with nature deep in the rain forest. One of our projects was to assist with the refurbishment of the turtle hatchery for the Sea Turtle committee of Corcovado. This group, mainly consisting of volunteers, is doing valuable work to protect four species of sea turtle that lay their eggs on the long silvery beaches. We were fortunate to find a freshly born Hawksbill Turtle, not previously found in the area.

Our major job was the construction of a footbridge on La Leona trail that leads into the park. Our Engineers, assisted by most of the team and helped by some of the local gold panners, tackled this. Gary Gomez of Luna Lodge, a man of many skills and enormous physical strength, played a leading role in the project. A 10 metre site was selected by the Park Director, Etilma Morales, who aimed to use stocks of illegally cut timber, that had been confiscated by her staff. The hardwood decking arrived, but a problem occurred over the two 12 metre main beams. A landowner had agreed to allow Gary to cut up a fallen tree on his property, but under Costa Rican law, a special permit was required even though the tree was dead. The necessary permits were obtained but the owner claimed he needed another. Three days of negotiation and long phone calls to San Jose produced the additional permit, but then the gentleman decided his lawyer must study all the documents and finally declined to provide the tree! Patience and time were running short by now, so to overcome this obstruction, Lana and Etilma obtained two costly 12m alloy girders in nearby Pt Jimenez. These were rushed to Carate and using a friendly villager’s welding kit, the girders were cut to size and holes burned for bolts to be placed through them. Gary got very little sleep for several days. 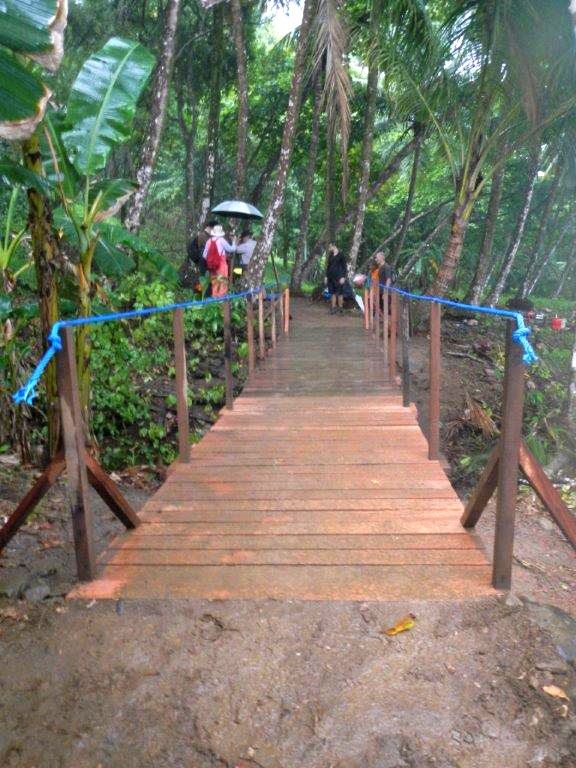 Luna from the air 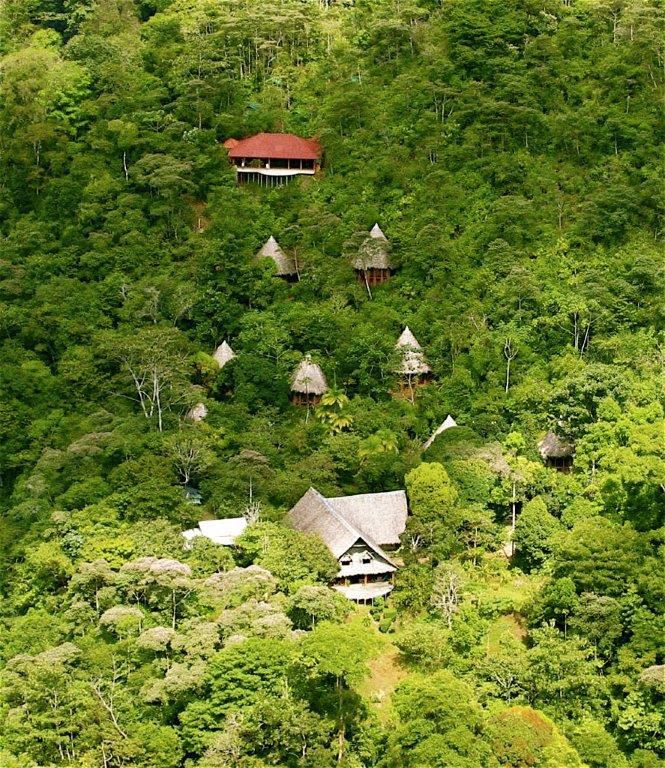 The girders were then hauled aboard a massive ex American Army six wheel truck and carried to the bridge site. Regulations do not permit vehicles to travel on the pristine beach, so a horse and cart was found. The girders were then fitted over the axle of the cart and a detached set of wheels fixed to their end. Thus, whilst the tide was low, this Heath Robinson transport set off for a two mile hike up the beach. Amazingly the horse made good headway and girders were soon in position. Gary and our team worked flat out in the 30 ° heat to complete the job before our scheduled departure.

The horse and girders on the beach 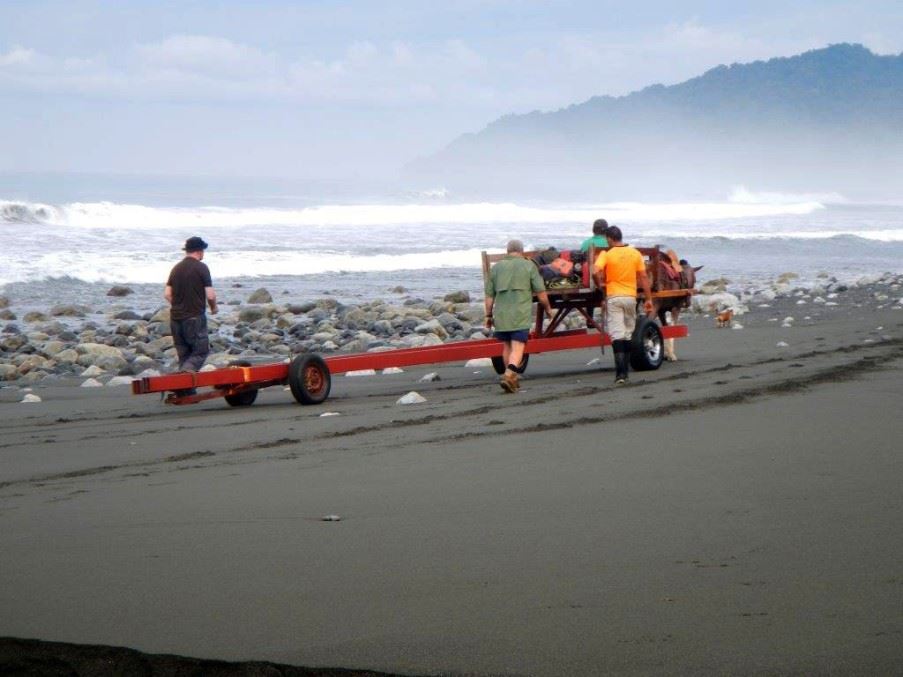 Guided by the knowledgeable Luna Lodge staff wildlife studies were made in the forest, occasionally involving some challenging marches. We were delighted by the diversity of animals, indeed deer and a tapir came right into our camp. Futhermore the gold panners demonstrated their work and even allowed us to find a gram! 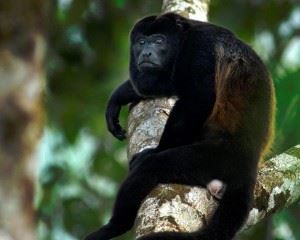 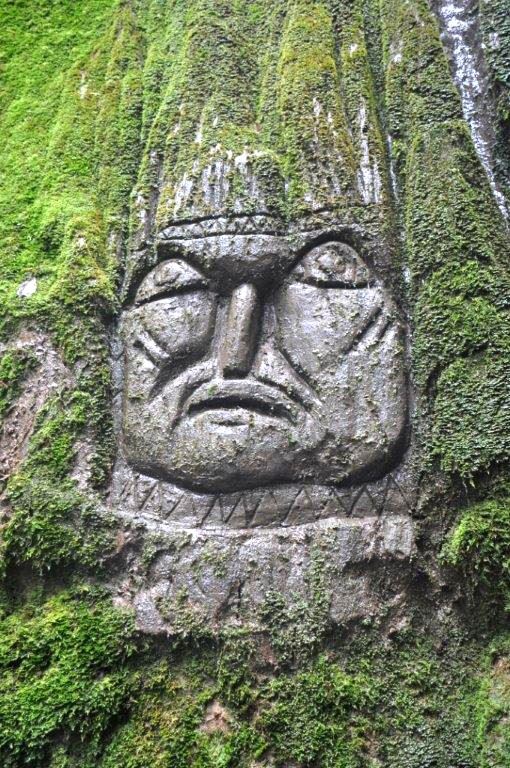 On Friday 17th July the bridge was completed. As Lana arrived in a summer dress, straw hat and bottles of champagne to perform the opening, a water spout came in over the ocean and the rain fell in rods. Nevertheless standing in the deluge she cut the tape with a Swiss Army knife and we downed the champers.

On our last day we helped the Carate people to clear the litter from 20 kms of beach. This bi-annual event preserves the beauty of the area and helps protect the turtles. Most of the trash is plastic brought in from the ocean, some of it clearly from Japan. Tons of it was then taken to Pt Jimenez for recycling.

The comfortable Hotel Posada Canal Grande and its swimming pool in San Jose’s Santa Ana district, was a welcome sight and for our final dinner at nearby Damarco’s fine restaurant we enjoyed a delicious steak. It was a good way to end a challenging but most successful expedition. However, great credit is due to Yolima Cipagauta the Scientific Exploration Society’s Latin American representative who spent almost a year setting up the expedition and struggling to extract our funds from Western Union in San Jose. There was one special treat that visitors to Costa Rica should enjoy. That is the incredible La Paz waterfall gardens near San Jose. Walter Amador, the Sunvil representative, kindly gave us a tour of this stunning collection of plants and animals set in a beautiful park. So if you are lucky enough to go to Costa Rica do try to visit the Osa Peninsula and see the waterfall gardens.

Colonel John Blashford-Snell is one of the world’s most renowned and highly respected explorers. JBS supports and works with numerous charities working with underprivileged youth in the UK as well as undertaking countless community aid projects in remote parts of the world.