Highlights of Ecuador and The Galapagos

I recently travelled to Ecuador to sample some of the delights that the country has to offer. I flew with Avianca who have a daily direct flight from London Heathrow to Bogotá with convenient onwards connections to Quito and I thought they offered an excellent service.

My trip started with a few nights in the capital Quito, which is located in the Ecuadorian Andes and stands at an altitude of 2,850m. My hotel was the luxurious Plaza Grande located in the heart of the old town. The city was founded by the Spanish in the 16th century on the ruins of an Inca settlement and was the first city in the World to be declared an UNESCO World Heritage site in 1978. The highlights included a walking tour of the beautiful old colonial quarter, chocolate tasting in the ‘La Ronda’ district (which was amazing) and a trip on the Teleferico (cable car) up to Pichincha Volcano (4100m) which offers fantastic views over this narrow city.
Quito, Ecuador 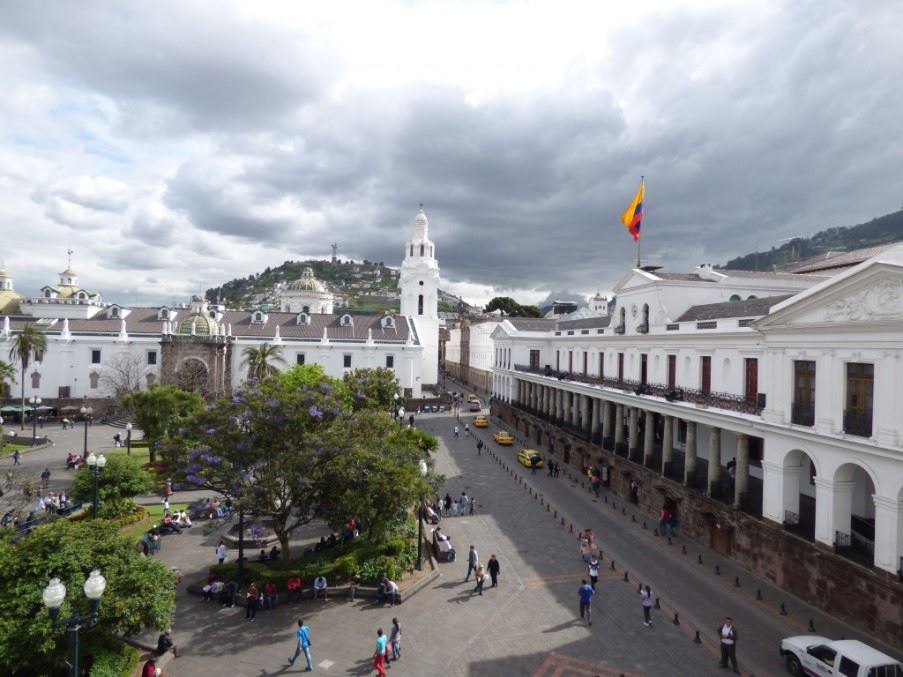 From Quito I took a short flight to Coca in the Amazon basin before taking a 2 hour boat trip down the Napo River to the landing station for my lodge. This was followed by a 30 minute walk through the jungle and finally a 10 minute ride across a lake in a dugout canoe!

Whilst staying at this remote lodge I visited a canopy tower built around an ancient tree that stands over 50m high and boasts panoramic views over the surrounding wilderness. In addition, I visited the canopy walk-way consisting of three 40m towers with two walk-ways suspended between them – a great spot for wildlife observation. In the evenings I went in search of black caiman on Pilchicocha lake and bugs in the jungle surrounding the lodge.
Sacha Lodge, The Amazon 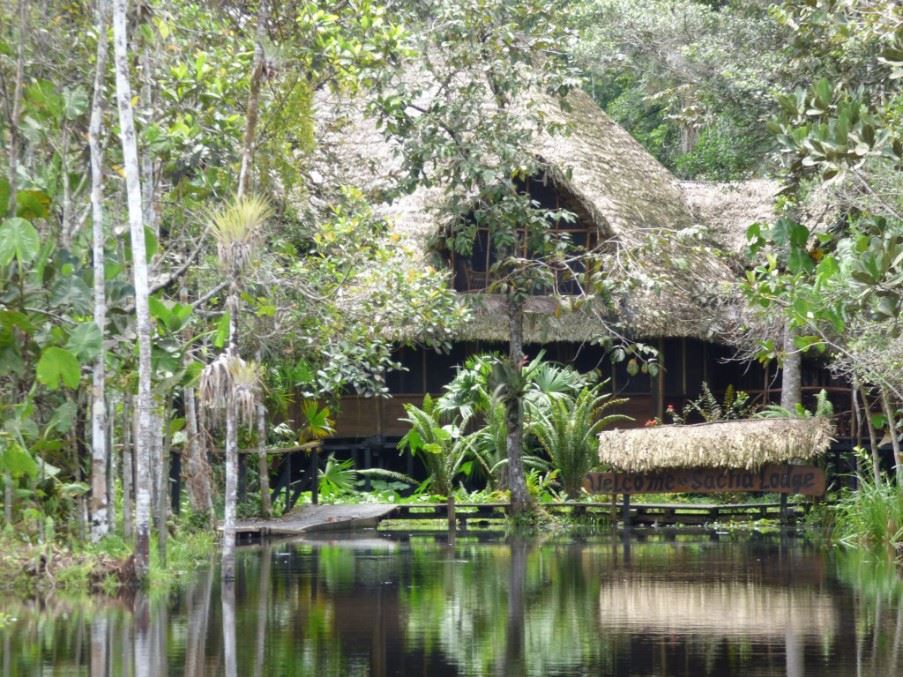 My final stop on the mainland was the region of Imbabura in the north of the country where I stayed in a charming hacienda tucked away in a secluded valley near the town of Ibarra. This area is known for its dramatic mountainous landscapes and beautiful scenery. During my stay I visited the towns of Otavalo (which has one of the largest and most colourful Indian textile markets in Ecuador), Cotacachi (known for its leather goods) and San Antonio de Ibarra (known for its wood carving). I especially enjoyed a walk around the beautiful Cuicocha Lake in the Cotacachi Cayapas National Park. 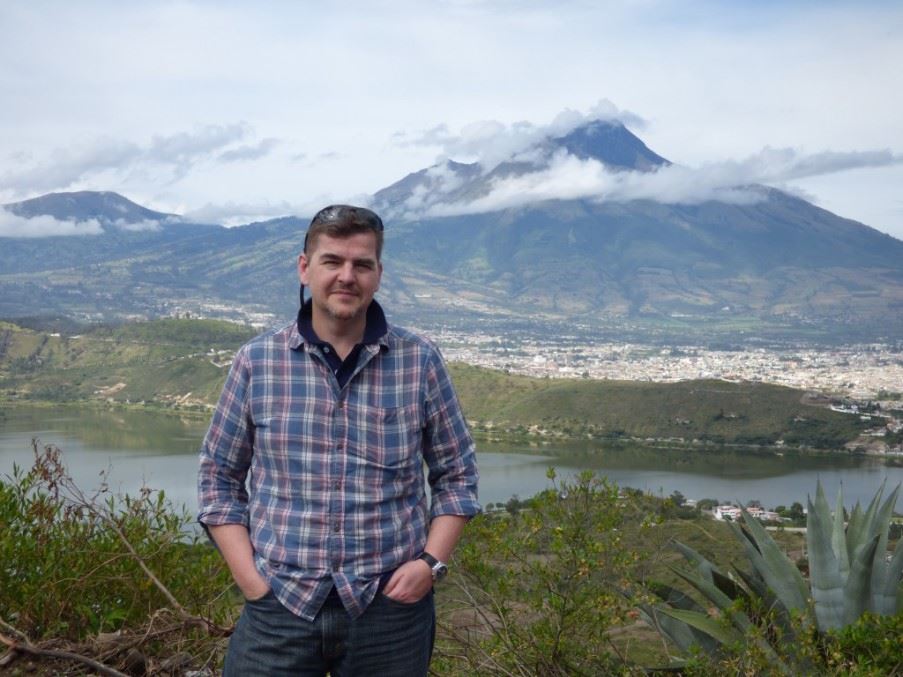 I then departed for the Galapagos Islands which are located 600 miles from the mainland and are a 2 hour flight from Guayaquil (2 hours 50 minutes from Quito). There are 19 islands in total and they can be visited all year round with two main seasons – hot with intermittent rain from December to May (with warm air and sea temperatures) and a misty (garua) season from June to November with cooler air and sea temperatures and more wind.

After landing on Baltra Island, I crossed the Itabaca Channel and travelled through the interior of Santa Cruz Island to the capital Puerto Ayora where I spent 4 nights inspecting a number of vessels and hotels. We feature a number of cruise options around the islands ranging from 3 to 7 nights on either a Catamaran or Motor Yacht. However, an increasingly popular option is a land based package where you stay on one of the inhabited islands such as Santa Cruz and Isabela and then take daily boat trips out to other nearby islands. I would recommend considering combining both a hotel stay and cruise in order to maximize your enjoyment of the islands.
Giant Tortoises, Santa Cruz 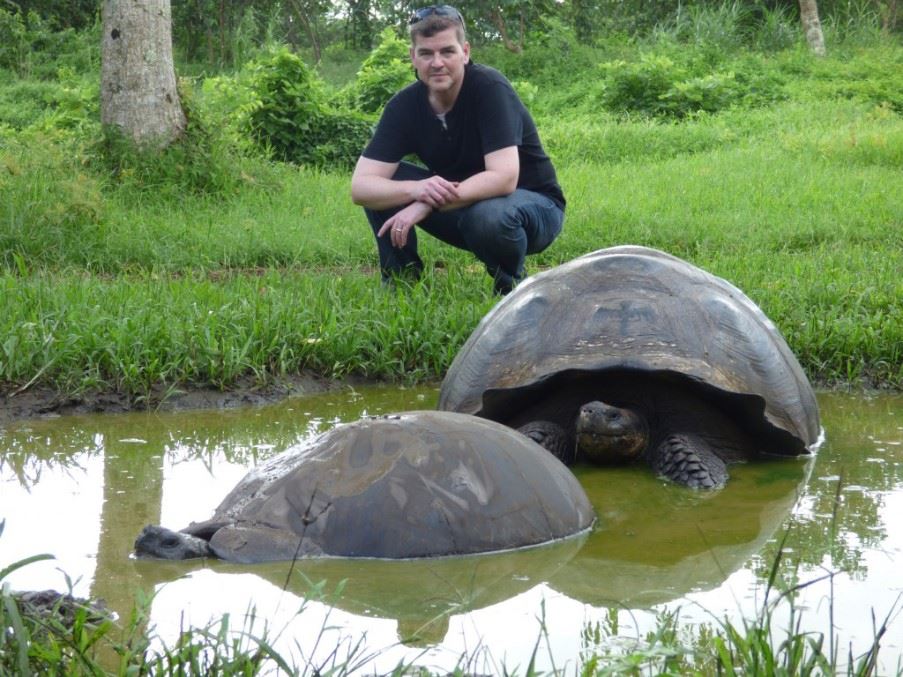 On Santa Cruz I stayed in the Finch Bay hotel which is located in a lovely bay surrounded by mangroves and just a 5 minute water taxi ride from the port of Puerto Ayora. I also visited the Scalesia lodge on Isabela which has African tented style rooms which will be opening later this year. 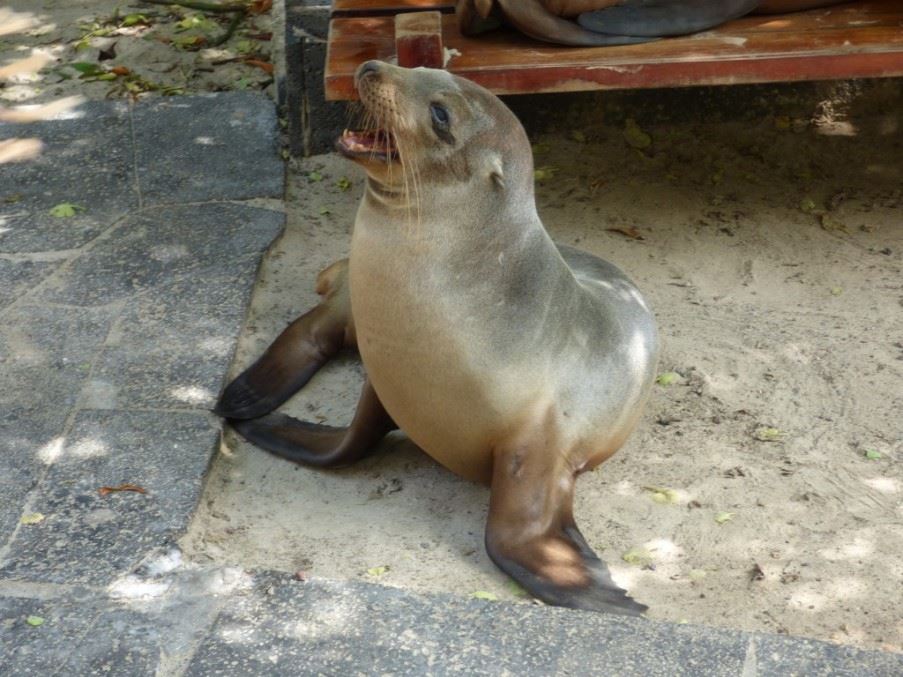 During my short stay on Las Encantadas (the enchanted islands) I managed to see some amazing scenery and get close up to some extraordinary and unique wildlife, including marine iguanas, giant tortoises, blue-footed boobies, sea-lions and frigate birds. It was a truly fascinating experience!

A tented safari camp – in the Galapagos Islands Holiday inspiration from the specialists at Sunvil Where to go on holiday in September The Coronavirus | Airports The unique wonders of the Galapagos Islands The Coronavirus | The latest news and advice
Booking a holiday IS legal Green means go. Amber means...? Read more inside An interview with wildlife artist Robert E Fuller Spotlight on Wildlife: Hummingbirds Wild encounters in Latin America Galapagos Islands Facts Where to go on holiday in April All aboard! Sunvil’s top 8 railway journeys throughout Europe and Latin America.  Their race has finished, let your Latin America journey begin UNESCO World Heritage Sites in Latin America