To Scandinavia in search of crime 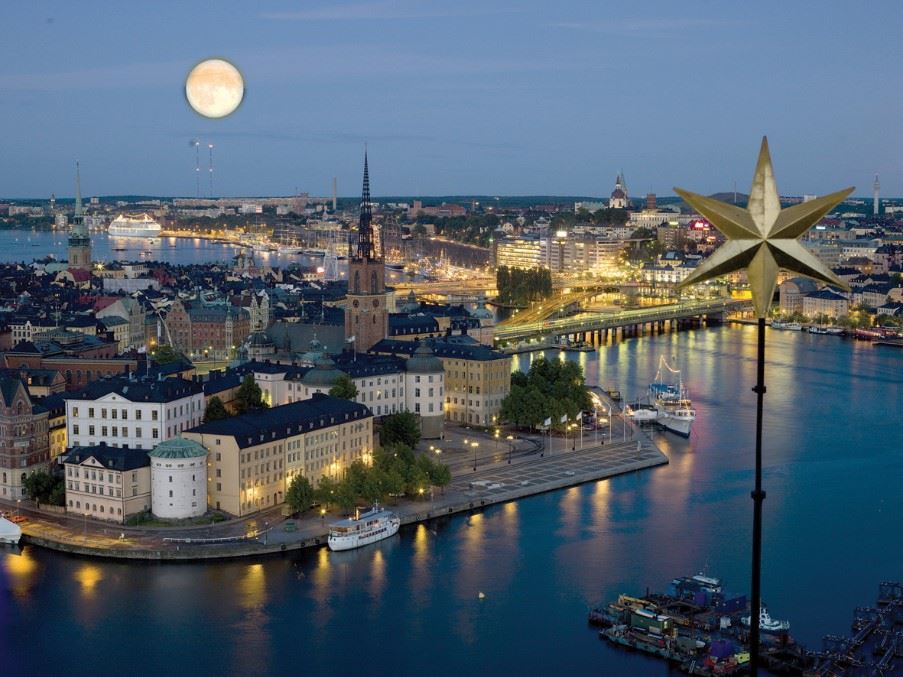 In recent years there has been a glut of Scandinavian crime dramas appearing on British TV. They’re hopelessly easy to get hooked on, and despite the need to concentrate on the subtitles (for those of us who aren’t blessed with an understanding of Swedish or Danish), the plots considered by many TV critics to be more fast-paced and unpredictable than their UK equivalents, and the characters are far better developed. The landscapes and city backdrops are a big part of the attraction of each of the series, and for those who aren’t deterred by the string of (fictional!) murders and kidnaps, the dramas might well spark a desire to choose one of the filming locations for a holiday.

With that in mind, here’s a look at 4 of the most popular Scandinavian crime dramas to have appeared on British TV, along with a look at why you might want to follow in the footsteps of the actors and take a holiday in the series’ filming locations.

Wallander
The gloomy opera-loving detective is played by Kenneth Branagh in the English-language version, and by Krister Henriksson in the original Swedish version. The action takes place in and around the Skåne region in the south of Sweden, with the cobbled streets of the old town of Ystad featuring heavily. The police station is in Ystad, and the production company’s scouts found no shortage of suitable ramshackle properties and sweeping landscapes in the Skåne countryside. Local tourism officials noted a marked increase of British tourists after the first series was shown on UK TV in 2008. Skåne is best known for its fresh food, long walks on quiet beaches and golf breaks.

The Bridge
This fast-moving series is most remarkable for the lead detective Saga Noren, who despite her shaky social skills manages to unpick a series of highly complicated crimes. As the name of the programme suggests it’s set on the two sides of the Øresund strait, which is linked by the 10-mile long Øresund Bridge. It’s very easy to visit both Malmö or Copenhagen as part of a city break; thanks to the rail link which runs along the bridge, it’s only a 30-minute trip between the two cities.

The Killing
Set in central Copenhagen, this highly popular series starring the jumper-wielding detective Sarah Lund shares many locations with The Bridge. The Politigården (Police HQ) in Copenhagen does a fine job of playing itself in the series – while few visitors to the city will have a desire to see the inside of a police station, fans of the series will have little trouble recognising other parts of the city centre as they explore its many sights.

Arne Dahl
This gripping series manages to mix humour, personal drama and often uncomfortable levels of blood and guts. Things rarely run smoothly for the team of 7 crack detectives as they attempt (and always succeed) in solving a series of often international crimes. The city scenes are played out in Stockholm, and while much of the action appears to focus on the city’s less-than-glamorous suburbs, the grand buildings of the city centre make several appearances.

Stockholm for free – 6 museums in the Swedish capital with no admission charge 10 reasons to go to Norway on your next holiday Highlights of Oslo Take a walk around Oslo with Sunvil The Coronavirus | Norway Holiday inspiration from the specialists at Sunvil
5 day trips from Copenhagen The Coronavirus | Denmark Highlights of Copenhagen Tivoli Gardens- more than a theme park Falsterbo: the Swedish Riviera The Coronavirus | Sweden Spreading Christmas cheer with Sunvil: Our top 7 destinations to visit during the festive period Where to go on holiday in December Where to go on holiday in October Where can Sunvil take you this spring? Travel to and within Europe from 01Jan21