At the age of seven I boarded my first plane, a Balkan Bulgaria Airlines propeller plane. I can still remember to this day the hum of the engine and the buzz as the rotor blades swung round and around. I remember being scared and excited in the same quantity. I would never have believed that, 20 years later, air travel would be my day to day life and my passion. I am a self-proclaimed aviation geek.

Travel for me is not just a job, it is part of who I am - someone who is desirous to see the world and who wishes to use the learnings of my trips, and my understanding of different cultures, for good; fighting for equality in tourism and for the development of a sustainable future.

Travel for me is the whole experience, not just the destination. From packing a bag, the taxi journey to the airport, the airport experience - a leisurely meal, drink, even an airport lounge - and the flight, to the place itself, all of which combine to create a once in a lifetime experience. Who doesn’t love those first steps in a foreign land… walking onto the tarmac, feeling the warmth of the sun and then being quickly awakened from your dream as you’re swept into the cool, air-conditioned terminal? The thrill of the unknown.

I like to travel as much as I can, be it a short weekend away within Europe or somewhere a little further afield; the destinations are endless. I have been known to spin a globe and travel to the destination where my finger lands, or to pick a late deal less than 12 hours before heading to the airport. I have been lucky enough to visit over 100 different countries. Of all the places I’ve been there is one that keeps pulling me back, and that's Andalucia.

Andalucia is a vast region bordering Spain's southern coast. It was under Moorish rule from the 8th-15th centuries, a legacy that shows in its architecture, including the landmarks of Alcázar castle in Seville, the capital city, as well as Córdoba's Mezquita Mosque-Cathedral and Granada's Alhambra palace. Andalucia is home to the real Spain, where you can discover new loves and the heritage that has served families for generations.

My favourite city in the region is Granada; it is so much more than its famed palace. Granada is a place that calls for you to get lost. At every turn you’ll discover fascinating Islamic architecture, street markets, flamenco clubs and characterful squares where time stands still albeit for a few minutes. The main thoroughfares are walked by many, the parallel side streets are where life takes place and home to traditional tea houses, secret gardens and bohemian cafes - these are the streets where memories are created. Of Granada, I especially love the mysterious Arabian quarter with its enticing stalls selling aromatic spices and traditionally-made artefacts.

Surrounding the city is the Sierra Nevada mountain range, Spain’s largest natural park - a perfect day trip, or twin-centre, where you discover small whitewashed villages where traditional bars still serve tapas on the house (Granada city has adopted this tradition - one of the few cities in Spain). I have a few haunts in Granada, but on most trips I choose to decamp to La Zubia, a small village outside of Granada known for its impressive natural setting and, for me, home to "El Rincon" or "The Corner" in English. Frank, the owner of this bar, has been serving me since I was 8, first with Fanta Naranja and now Tinto Limon!

Granada’s environs also serve my passion for skiing with the highest point of continental Spain: Mulhacén, at 3,479 metres above sea level. In just a 45-minute drive from Granada and, in winter, locals and visitors alike can enjoy skiing with a far-reaching backdrop across the strait to Morocco. Ski in winter, 32°C in summer - what is not to like?

I’d also recommend a trip to the town of Órgiva and "The Tea Garden", an oasis of delightfulness topped with herbal teas, fruit scones and the backing of bird song and gongs from practising monks.

Granada is part of who I am and I carry the city with me wherever I travel. I return every year (normally more than once) to see the friends I have made and to reconnect with a culture steeped in traditions, and which whilst looking to the future is making sure that it does not forget its learnings of the past. 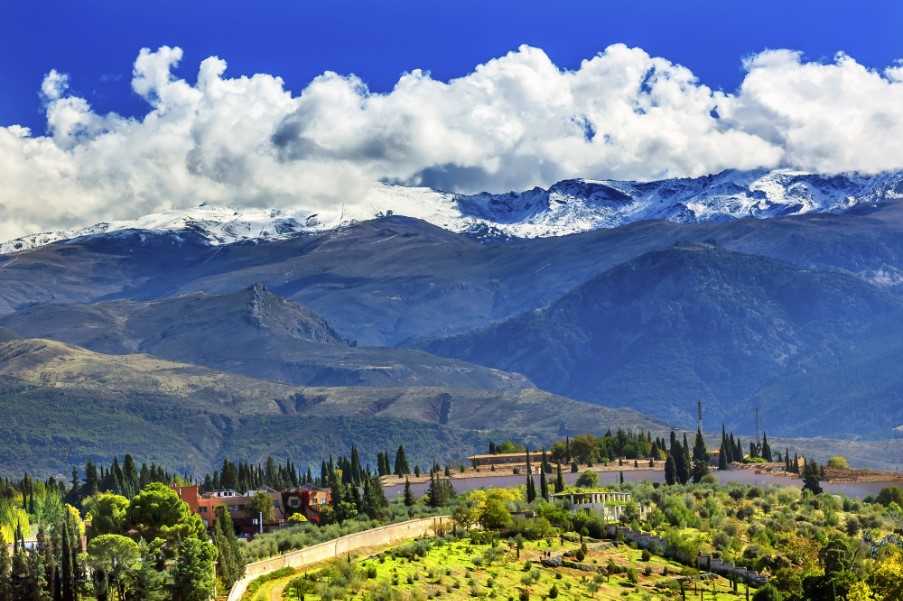 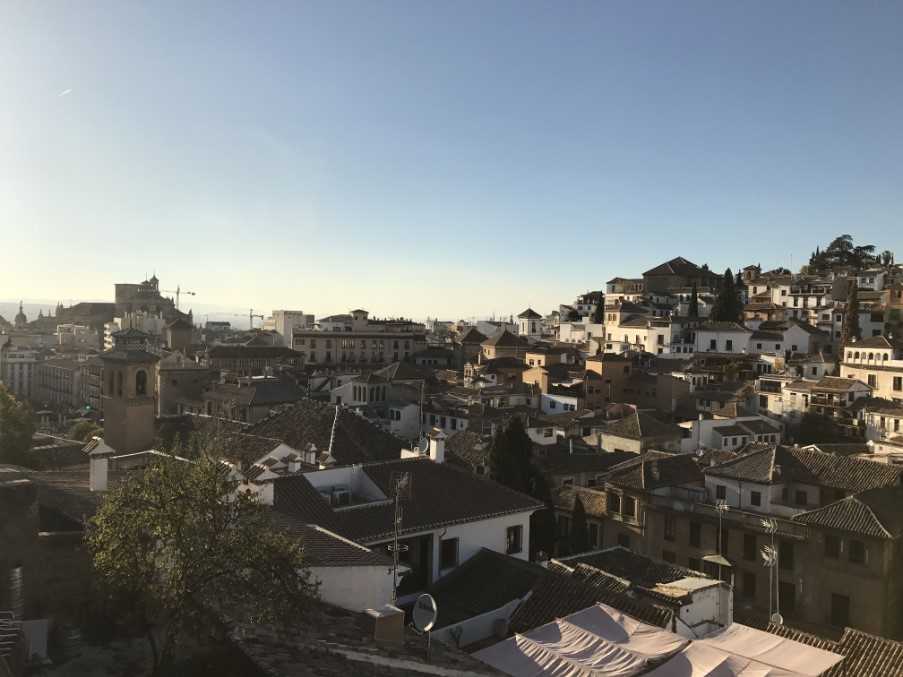 Alhambra Palace with a backdrop of the Sierra Nevada mountain range, Andalucia, Spain 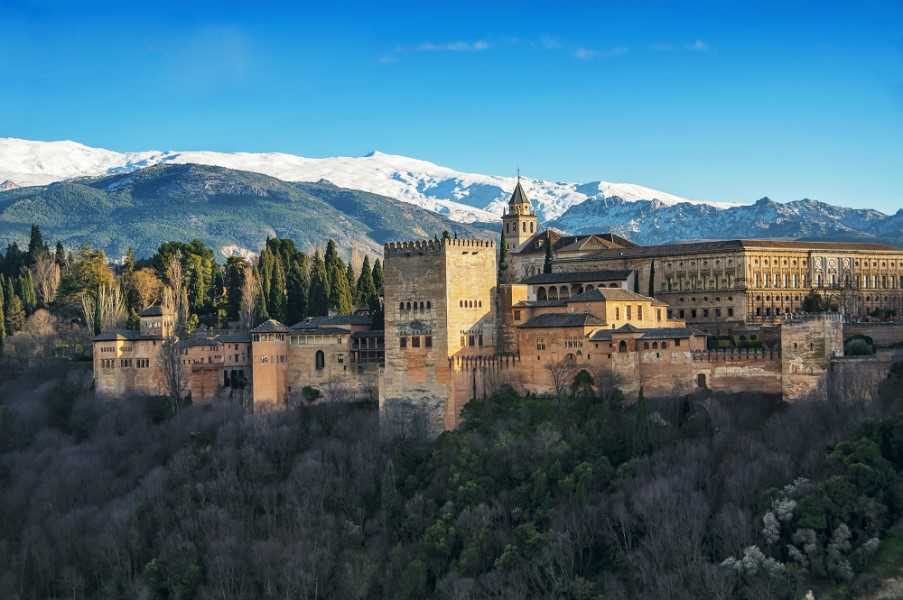 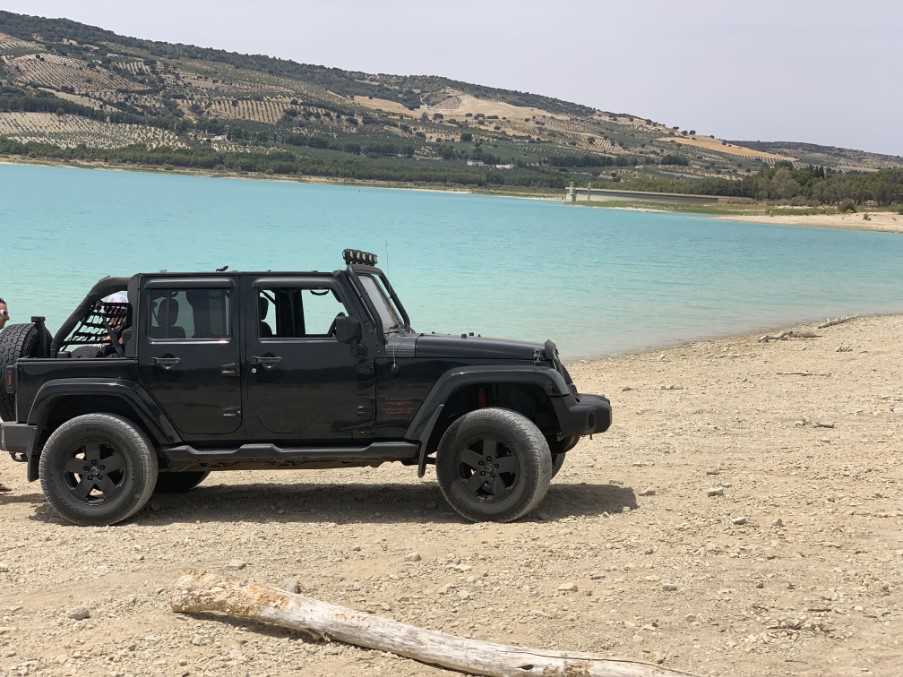 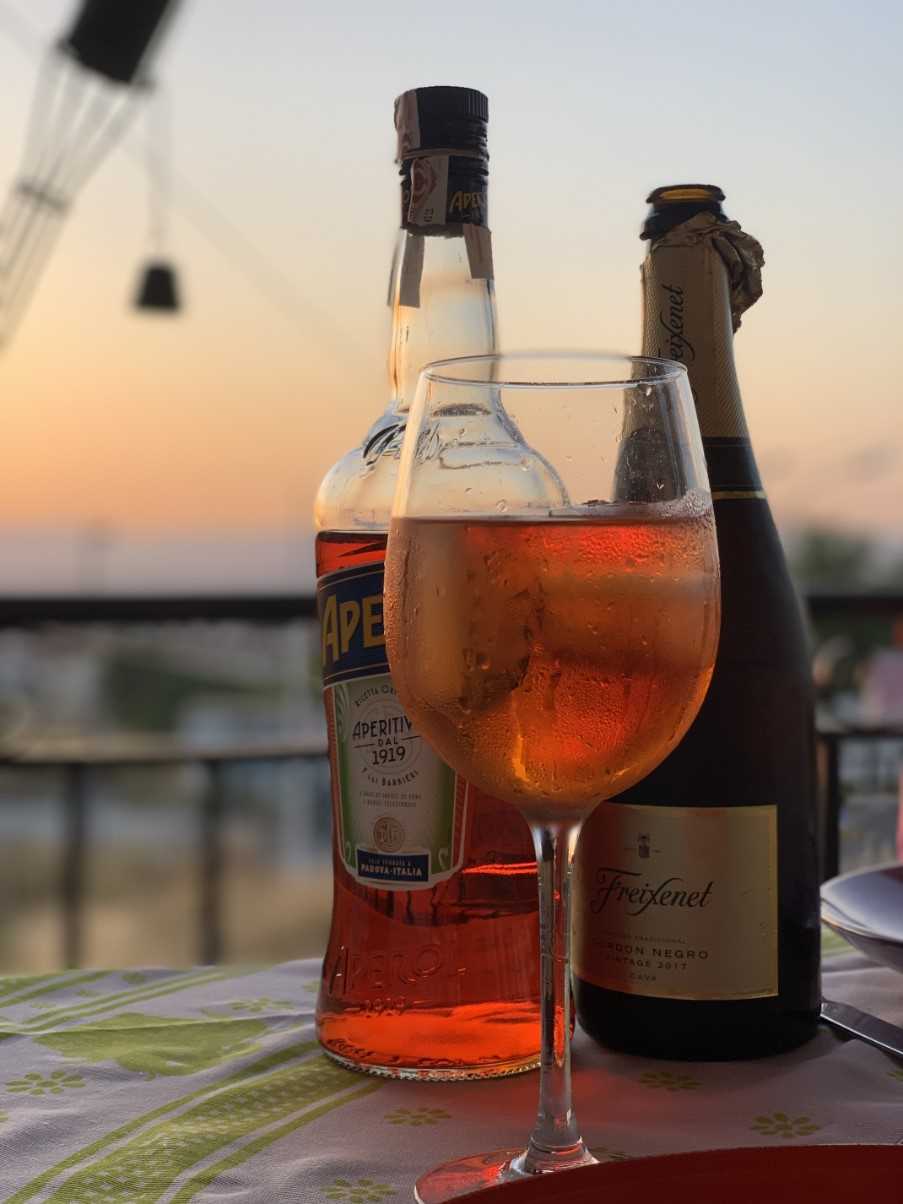 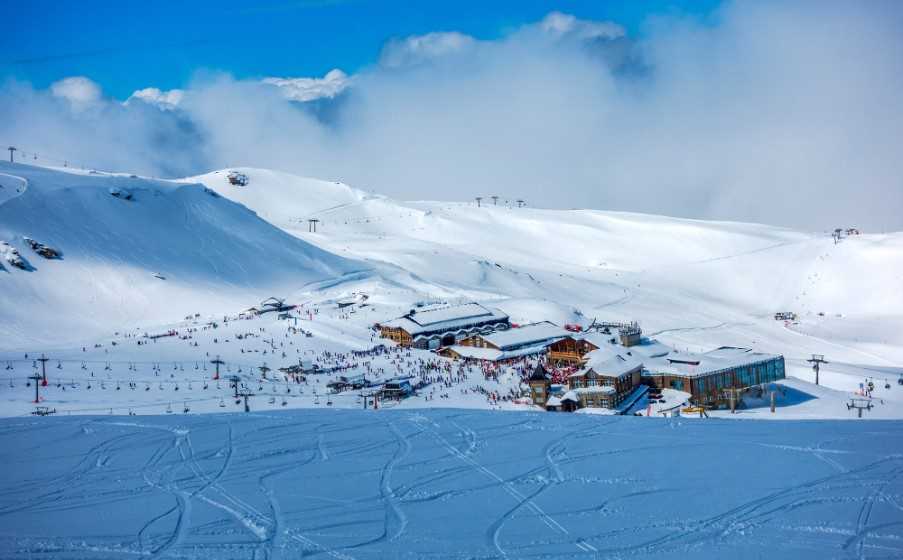 Dot com or dot con? Don’t be a victim of holiday fraud Salamanca - guest blog by Jono Vernon-Powell, Nomadic Thoughts The Coronavirus | Airports EU referendum: What effect will the result have on your 2016 summer holiday? All for the love of travel | Looking forward All for the love of travel | Our 50th birthday
Spring forward to one of our many favourite destinations in 2018 The Coronavirus | The latest news and advice Extremadura - a hidden treasure in western Spain bordering Portugal Booking a holiday IS legal Green means go. Amber means...? Read more inside Tips for travelling post-lockdown A look forward to summer 2021 May 2017 Sunvil Supper Club – Croquetas de Jamón Serrano Where to go on holiday in July Holiday inspiration from the specialists at Sunvil Where to go on holiday in March The Sunvil team’s 2022 travel highlights Notes from the field - Andalucia Subbetica - the home of award winning olive oil All for the love of travel | Ask the experts Where to go on holiday in October Spain... what not to miss Travel to and within Europe from 01Jan21 The Coronavirus | Spain