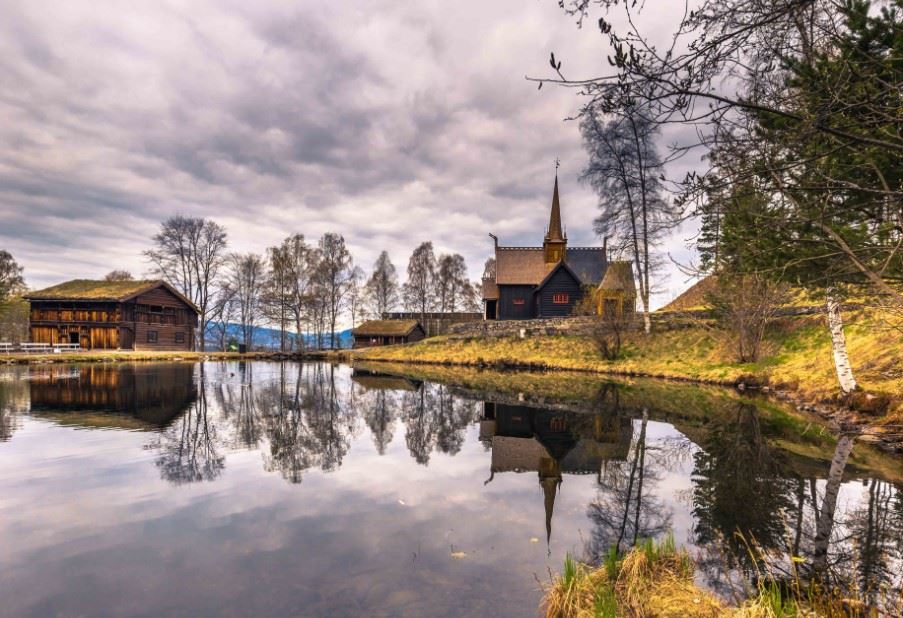 Gågata, the main street in Lillehammer, is the centre and focus of the town. Wonderful handicraft and homeware shops; restaurants and cafes (including a chocolatier) line the pedestrianised way from the River Mesna to Søndre Park and the Maihaugen Open Air Museum.

Maihaugen is the oldest open-air folk museum in the country, and one of the most attractive. Established in 1887 the museum shows how life in Norway has changed from the early 20th century through the use of period buildings, exhibitions, onsite craftsmen and guided tours.

To the north of the town is the Olympic Park. The two ski-jumps (measuring 90m and 120m) are still in use and year-round you can witness teams training. From the top of the jump, accessible by a chair-lift or steps, there is a wonderful view over Lake Mjøsa, Lillehammer and the surrounding unspoiled nature. The ice-hockey arena is today, a fascinating Olympic Museum and a must for any visitor to Lillehammer. The museum not only tells the story of the Olympics since its birth but also displays an array of Olympic memorabilia including medals, torches, uniforms and equipment. 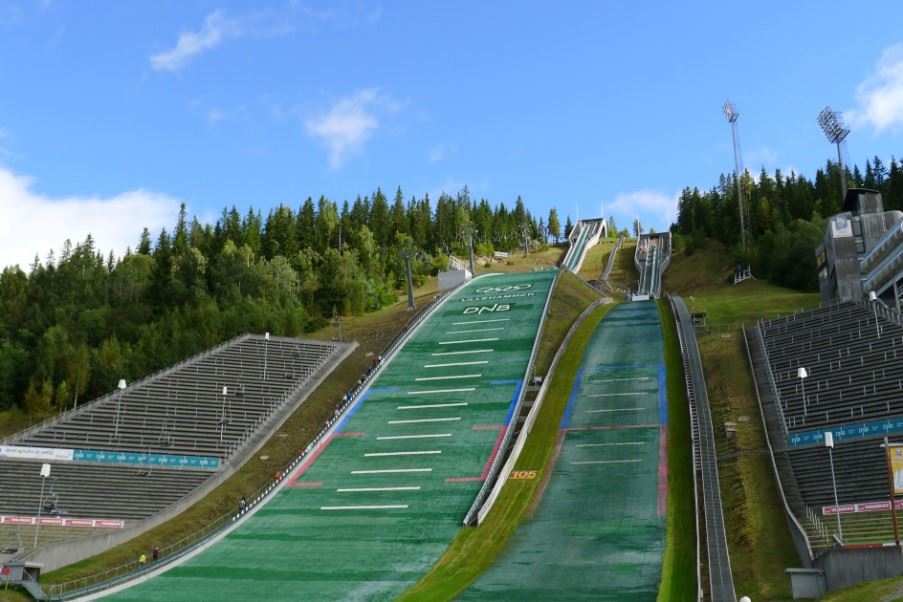 A short distance from Lillehammer is the Olympic bobsleigh and luge track and Hafjell alpine centre and downhill cycling centre. The bobsleigh track is Northern Europe’s only artificially frozen track and throughout the year visitors can experience the thrill of racing downhill at speeds of up to 100kph. Wheel-bobs are used during the summer (May – mid Sep) and bob-rafts and 4-man bob sleighs are used during the winter (Nov – mid Mar).

Situated on the eastern shore of Lake Mjøsa, Norway’s largest lake, and 160km north of Oslo, Lillehammer is built at the entrance to the beautiful Gudbrandsdalen Valley. Miles and miles of footpaths and trails are available covering terrains as varied as pine and beech woodland to mountain plateaus. You can even walk up to the mountains of Nordseter and Sjusjoen following a trail which departs from the centre of the town. In this unique countryside, peace and tranquility prevail.

Wild landscapes of Svalbard – a photo post Dot com or dot con? Don’t be a victim of holiday fraud Trondheim, the original capital of Norway The Queen’s 90th Birthday: A Royal Visit Highlights of Oslo Start of the 2018 holiday season
The Coronavirus | Airports 7 Facts about the Northern Lights EU referendum: What effect will the result have on your 2016 summer holiday? All for the love of travel | Looking forward Exploring Southern Norway Highlights of Svalbard Highlights of Northern Norway All for the love of travel | Our 50th birthday Spectacular Lofoten Islands and Vesteralen Not just any old city break… Choose a city break to Norway Spring forward to one of our many favourite destinations in 2018 All aboard! Sunvil’s top 8 railway journeys throughout Europe and Latin America.  Highlights of the Fjords and Trondelag Where can Sunvil take you this spring? 8 Northern Lights Facts: An Infographic Our top five scenic fly-drive holidays ‘Holiday at the extreme’ with Sunvil All for the love of travel | Ask the experts #2 Driving Norway’s National Tourist Routes Autumn escapes The myths and legends of the Northern Lights What makes northern Norway so special? Notes from the field – Svalbard, Norway The Coronavirus | The latest news and advice Notes from the field – The Northern Fjords The land of the Northern Lights and the Midnight Sun Booking a holiday IS legal Green means go. Amber means...? Read more inside All for the love of travel | Dreaming of our post-lockdown travels Driving bliss: the National Tourist Routes in Norway Tips for travelling post-lockdown Haunted happenings and events around the world Things to do in Norway while waiting for the Northern Lights Notes from the field – Svalbard, Norway The five seasons of Svalbard Where to go on holiday in July Travel to and within Europe from 01Jan21 The Coronavirus | Norway