Haunted happenings and events around the world

Travelling to places to visit sites or partake in events associated with death and the macabre has been carried out by tourists since the eleventh century - this has been given the title ‘dark tourism’.

So, what is it about places of death or calamity that attract flocks of tourists each year? Is it the holistic view that dark tourists visit these sites as a way of remembering a tragedy or to better educate themselves. Or is it that we simply like to be thrilled and entertained?

What ever the reason may be, what better time to throw yourself into dark tourism than Halloween? Here are a variety of destinations around the world where you can do just that.

Poveglia Island is 1 of 118 islets surrounding the Venetian Lagoon. It has long been described as one of the most haunted places in the world, with many tales suggesting that the Venetians are too superstitious to take anyone there.
Its history is unnerving, stories discuss Poveglia’s role as a quarantine island for victims of the plague and there are many rumours of doctors performing unsolicited experiments.

Venice had very strict sanction laws and those who were sick or even merely suspected, were rounded up and taken to the island. According to historical estimates, as many as 150,000 people died here and countless of those were buried on the island.

In 2014, Mike Deere, a photographer from Reading paid a local fisherman a hefty price to take him to the island. The local agreed to do so, agreeing to transport him and pick him up. However, he refused to stay on the island whilst Mike captured his photographs. According to sources, Mike described his time on the island by saying, “Beyond the initial landing point, the natural decay has an unrivalled purity to it that I've never seen anywhere else. Although, I'm not going to forget the soil composition of the burning grounds in a hurry”. 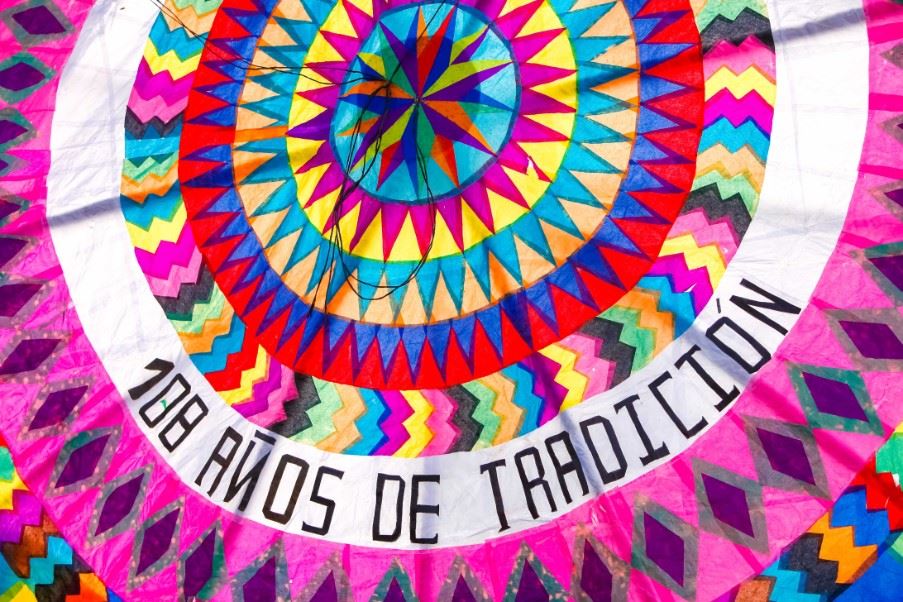 Barriletes Gigantes or ‘giant kites’ is an ancient festival which coincides with All Saints Day and is held on the first and second day of November each year. Enormous and beautifully vibrant kites soar high above into the blue skies of Guatemala.

Locals gather together in cemeteries and partake in this festival as a way of honouring the dead. The kites are decorated using traditional papel picado techniques, with messages attached to the tail. They are believed to warn away evil spirits, keeping them at bay - and they are also a way of communicating. The locals trust in the idea that the higher the kites fly the closer their messages are to reaching their loved ones in heaven.

The most spectacular highland villages to cast your eyes on this event are in the villages of Santiago Sacatepequez and Sumpango, around a 30-minute drive from Guatemala City. 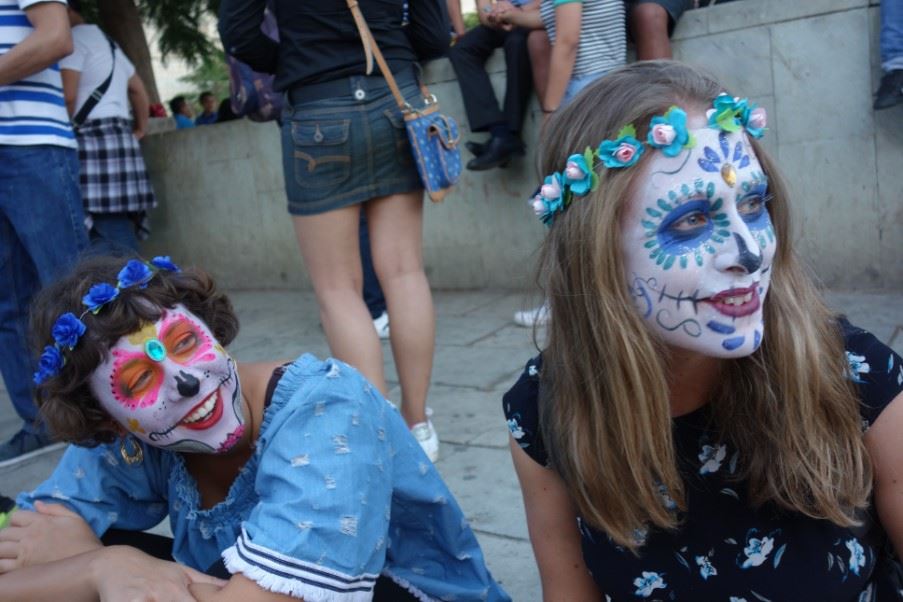 Dia de los Muertos or ‘Day of the Dead’ is an annual festival which celebrates those who have passed. It’s a joyful homage to generations of ancestors and developed from the belief that it is disrespectful to mourn the dead. This is because to the people of Mexico, death is considered a part of life’s rich tapestry.

The festival is a combination of Hispanic and indigenous culture and references this throughout - As well as Catholicism, a religion which is considered significant to the country of Mexico.

The people of Oaxaca decorate altars in bright Cempaspuchitl flowers (marigolds) and these act as a shrine for the dead. It is thought that the scent of these flowers helps to guide spirits from the cemetery to their family home.

The locals paint their faces and dress up, with the various vibrant colours that you see used to represent different meanings such as, unity, life and happiness. Each day of the festival, live music is scheduled, local dishes are served on the streets, and celebrations take place into the early hours of the morning in cemeteries. 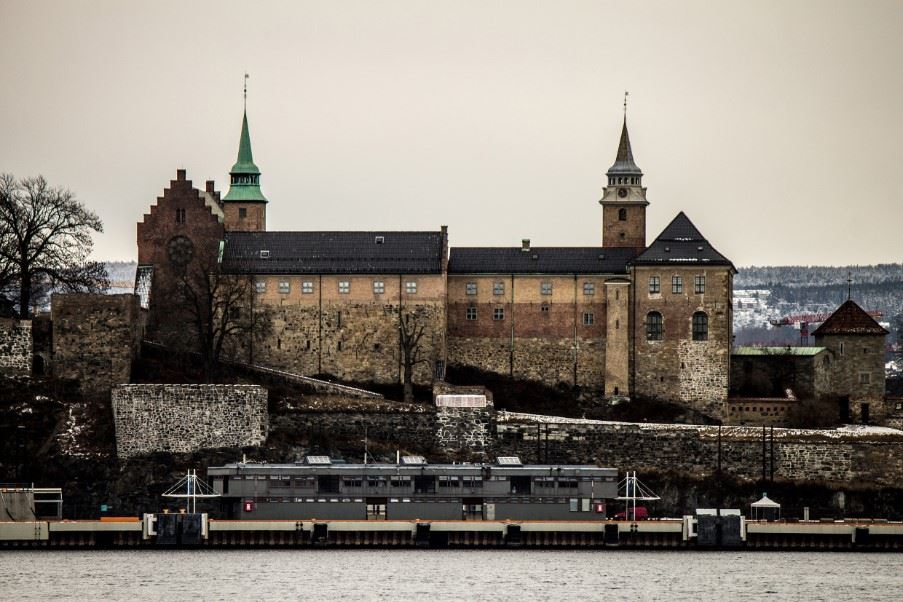 Few places in Norway are notorious for stories of the supernatural than the Akershus Festning. A castle which for 700 years guarded Oslo’s inner harbour. It was also a prison for some of Norway’s most terrifying criminals. With sentences often involving gruelling physical labour and controversial disciplinary techniques.

For many years, people have reported sightings of ghostly figures along the fortress and a number of the guards have experienced weird and frightening sensations whilst on duty.
Hear about Akershus Festning’s history, as well as its ghostly tales during a guided ghost walk. Visit the official tourist board of Oslo to find out more.

Wild landscapes of Svalbard – a photo post Dot com or dot con? Don’t be a victim of holiday fraud Trondheim, the original capital of Norway Highlights of Oslo Start of the 2018 holiday season The Coronavirus | Norway
7 Facts about the Northern Lights EU referendum: What effect will the result have on your 2016 summer holiday? All for the love of travel | Looking forward Exploring Southern Norway Notes from the field - Tromso Highlights of Svalbard Highlights of Northern Norway All for the love of travel | Our 50th birthday Spectacular Lofoten Islands and Vesteralen Not just any old city break… Choose a city break to Norway All aboard! Sunvil’s top 8 railway journeys throughout Europe and Latin America.  Highlights of the Fjords and Trondelag Where can Sunvil take you this spring? 8 Northern Lights Facts: An Infographic Our top five scenic fly-drive holidays ‘Holiday at the extreme’ with Sunvil All for the love of travel | Ask the experts #2 Driving Norway’s National Tourist Routes Autumn escapes The myths and legends of the Northern Lights What makes northern Norway so special? Notes from the field – Svalbard, Norway Tips for travelling post-lockdown Notes from the field – The Northern Fjords The land of the Northern Lights and the Midnight Sun Highlights of Lillehammer Driving bliss: the National Tourist Routes in Norway Things to do in Norway while waiting for the Northern Lights Notes from the field – Svalbard, Norway The five seasons of Svalbard Where to go on holiday in July Highlights of Venice Where to go on holiday in February Notes from the field - Veneto The Coronavirus | Italy and Sicily Highlights of Veneto and the Italian Lakes A Colourful Kite Festival in Guatemala Birdwatching holidays in Guatemala The best 7 festivals in Latin America March 2017 Sunvil Supper Club – Capirotada (Mexican Bread Pudding) Spotlight on Wildlife: Jaguar Dia de los muertos festival - A true Mexican fiesta - A guest blog by Katrina Mowbray Oaxaca, Mexico’s Cultural Heart A selection of the best beaches in Latin America A look forward to summer 2021 Their race has finished, let your Latin America journey begin UNESCO World Heritage Sites in Latin America Travel to and within Europe from 01Jan21 The Queen’s 90th Birthday: A Royal Visit The Coronavirus | The latest news and advice Spring forward to one of our many favourite destinations in 2018 All for the love of travel | Dreaming of our post-lockdown travels The Coronavirus | Airports Booking a holiday IS legal Green means go. Amber means...? Read more inside