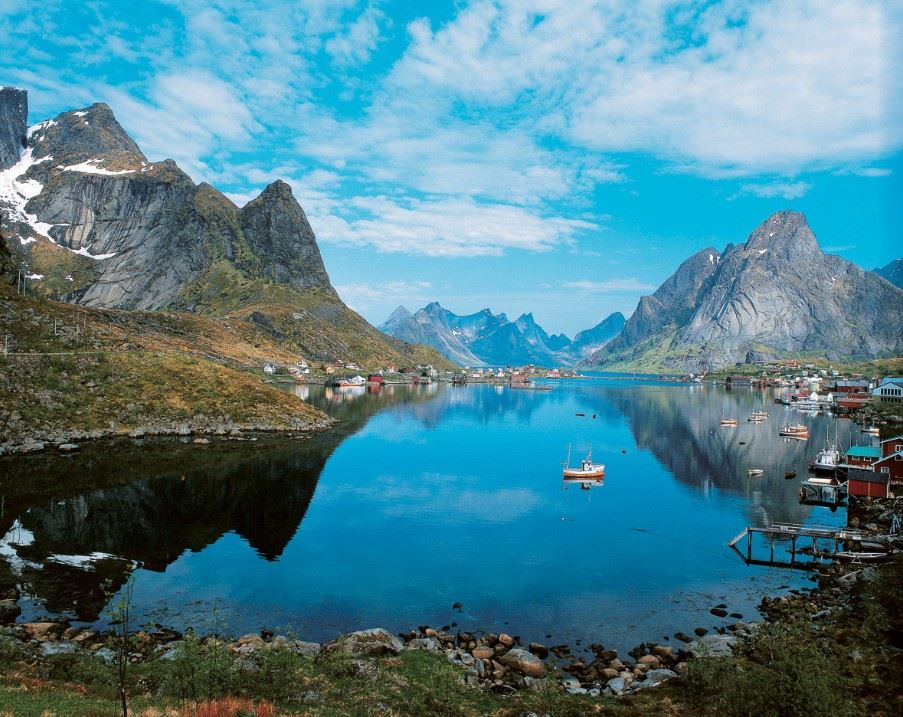 Within a few minutes of leaving the airport in Tromsø I was experiencing those two magical ingredients that anyone who has driven in Norway will immediately recognise. The contrast between the traffic I’d faced on the way to Stansted that morning and the empty road I was now enjoying couldn’t have been more striking; and as for the views, well there’s no need to be cruel to the Essex landscape – the fjords and mountains of northern Norway would blow the socks off pretty much anywhere in Europe.

Few will argue that Norway has long offered some of the world’s most rewarding driving, and in recent years the Norwegian government has developed the National Tourist Routes as a way of encouraging visitors to explore the country’s natural beauty. The 18 routes cover the entire length of Norway, from the beaches of Jæren along the south west coast to the wild desolation of Varanger, deep inside the Arctic Circle and not far from the Russian border.

Some routes are long enough to warrant an entire week of slow discovery. Others are close enough together to allow a combination of routes to be experienced on a single trip. One such selection is in northern Norway, with the Lofoten, Andøya and Senja routes taking in islands and fjords along a stretch of a couple of hundred miles of outstandingly beautiful coastline. It was here that I had my first experience of Norway’s world-class scenery as a wide-eyed teenager, while making my way by train and then bus to the northern port of Narvik. Lofoten is a set of jagged, snow-capped peaks which frame a few pretty fishing villages set on a wild coastline; it’s almost 30 years since I first saw that view and I don’t think I’ve seen anything to match it since. There are several fishing trips offered for visitors, while local restaurants ensure that those who prefer to have their first sight of fish on their plates are in for a treat.

Further north the route on the island of Andøya is short, but offers fabulous coast scenery, with the chance to spot sea eagles, whales and seals from the road. The island is the centre of Norway’s modest space industry, and you can visit the Andøya Space Center which tells a little of the story of Norway’s rockets. The centre also focusses on the Northern Lights which, along with the Midnight Sun, are the main draws for visitors to these remote routes.

The Senja route meanwhile offers twisting roads along the sides of imposing mountains, with stunning coastal views around every corner. And when you’ve had enough of the views (it won’t happen) then you can experience some of the region’s outdoor adventure options, with mountain biking, kayaking and even diving to be experienced.

Best of all, while Norway has had a long-standing reputation as an expensive destination, the pound is currently very strong and buys more Norwegian Krone than it has at any point in the last 10 years, meaning that prices are more in line with those found in the rest of Europe.

Wild landscapes of Svalbard – a photo post Dot com or dot con? Don’t be a victim of holiday fraud Trondheim, the original capital of Norway The Queen’s 90th Birthday: A Royal Visit Highlights of Oslo Start of the 2018 holiday season
The Coronavirus | Airports 7 Facts about the Northern Lights EU referendum: What effect will the result have on your 2016 summer holiday? All for the love of travel | Looking forward Exploring Southern Norway Highlights of Svalbard All for the love of travel | Our 50th birthday Spectacular Lofoten Islands and Vesteralen Not just any old city break… Choose a city break to Norway Spring forward to one of our many favourite destinations in 2018 All aboard! Sunvil’s top 8 railway journeys throughout Europe and Latin America.  Highlights of the Fjords and Trondelag Where can Sunvil take you this spring? 8 Northern Lights Facts: An Infographic ‘Holiday at the extreme’ with Sunvil All for the love of travel | Ask the experts #2 Driving Norway’s National Tourist Routes Autumn escapes The myths and legends of the Northern Lights The Coronavirus | Norway What makes northern Norway so special? Notes from the field – Svalbard, Norway The Coronavirus | The latest news and advice Notes from the field – The Northern Fjords Booking a holiday IS legal Green means go. Amber means...? Read more inside Highlights of Lillehammer All for the love of travel | Dreaming of our post-lockdown travels Tips for travelling post-lockdown Haunted happenings and events around the world Things to do in Norway while waiting for the Northern Lights Notes from the field – Svalbard, Norway The five seasons of Svalbard 10 reasons to go to Norway on your next holiday Where to go on holiday in March Where to go on holiday in December Where to go on holiday in February Where to go on holiday in January Travel to and within Europe from 01Jan21 Highlights of Northern Norway Our top five scenic fly-drive holidays The land of the Northern Lights and the Midnight Sun Where to go on holiday in July