The myths and legends of the Northern Lights 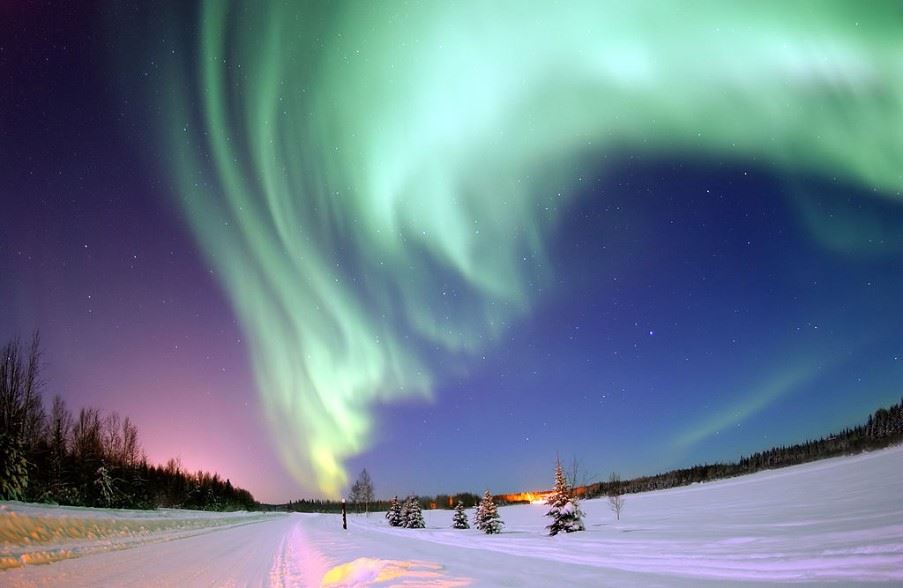 While air travel has made the Northern Lights increasingly accessible in recent years, the chance of a sighting of nature’s finest display is far from guaranteed. And despite the occasional disappointment for a visitor who has been thwarted by persistent cloud cover, that’s probably exactly the way it should be. With its unpredictability and its many different forms, the aurora borealis has for many centuries been considered an auspicious phenomenon; one that can foretell the arrival of something momentous, whether good or terrible. So what are some of the myths surrounding the Northern Lights?

The Inupiat and Yupik people of Alaska believed that the lights were the dancing souls of the animals they hunted. The Finnish people also attached an animal quality to the aurora, calling the lights “fire foxes” – an ancient Finnish story describes the cause of the aurora as being down to a fox sweeping his bushy tail against the snow and creating a shower of sparkling light.

In old Lapp folklore the lights represented a powerful energy source that could be harnessed by shamen to solve the community’s problems. The lights could also help cure sickness, and shamen would make “spirit journeys” into the aurora to enable the sick to be cured. They could be dangerous too: it was believed that if you whistled under the Northern Lights, they would swoop down and take you away into the sky.

Even great events in the Bible are attributed by some to rare and exceptionally strong auroras. In the Old Testament Ezekiel “saw visions of God” in what today is Iraq – his descriptions would fit well with a spectacular solar storm.

Several cultures considered the lights to be linked to the souls of their departed. In Scottish folklore they are known as “The Merry Dancers” while in Sweden there is a story that the aurora is the final resting place for the souls of spinsters.

If the people who were used to auroral displays created so many stories around them, imagine how the lights would have been perceived when they reached much further south in a particularly storm solar storm. A bright display over southern France in the 16th century created such panic that thousands of people made a pilgrimage from their villages to the grand cathedrals of  Paris, in spiritual preparation for what was surely going to be the end of the world.

Even in the 20th century, the aurora has been seen as the harbinger of doom. A bright display in 1938 saw the skies of Europe turn blood red; many saw it as a terrible sign of what would come less than two years later. Another display over the central United States occurred shortly before the Japanese attacked Pearl Harbour.

Most of us are content to accept that there’s some fancy science behind the lights but that their most important attribute is their natural beauty. Perhaps the stories of flying souls and impending doom are just that; great stories. On the other hand, would you dare whistle under the aurora?

Wild landscapes of Svalbard – a photo post Trondheim, the original capital of Norway Highlights of Oslo Start of the 2018 holiday season The Coronavirus | Norway Exploring Southern Norway
Notes from the field - Tromso Highlights of Svalbard Highlights of Northern Norway Spectacular Lofoten Islands and Vesteralen Not just any old city break… Choose a city break to Norway Highlights of the Fjords and Trondelag Where can Sunvil take you this spring? Our top five scenic fly-drive holidays ‘Holiday at the extreme’ with Sunvil All for the love of travel | Ask the experts #2 Driving Norway’s National Tourist Routes What makes northern Norway so special? Notes from the field – Svalbard, Norway Notes from the field – The Northern Fjords The land of the Northern Lights and the Midnight Sun Highlights of Lillehammer All for the love of travel | Dreaming of our post-lockdown travels Driving bliss: the National Tourist Routes in Norway Haunted happenings and events around the world Things to do in Norway while waiting for the Northern Lights Notes from the field – Svalbard, Norway The five seasons of Svalbard Winter holidays in Swedish Lapland Falsterbo: the Swedish Riviera Is Kiruna in Sweden really the world’s largest city? Notes from the field - Swedish Lapland in June Highlights of Swedish Lapland Get closer to nature with a new direct flight from London to Lulea, Swedish Lapland An exciting glimpse of this year’s ICEHOTEL suites Stockholm: An affordable city break Swedish Lapland: Guest Blog by Mary Novakovich Utö – a Swedish island escape Discovering Gothenburg and a case of poor maths Stockholm for free – 6 museums in the Swedish capital with no admission charge Highlights of West Sweden The ICEHOTEL celebrates its 31st anniversary The Coronavirus | Sweden November 2016 Sunvil Supper Club – Janssons frestelse The ICEHOTEL celebrates its 30th anniversary Where to go on holiday in June Why you should make the trip to Sweden in March Gotland – Sweden’s Holiday Island Summer in Northern Sweden Hidden Gothenburg Highlights of Gothenburg Exploring the west coast of Sweden ICEHOTEL 365 – the famous hotel becomes a year-round attraction Staying at the ICEHOTEL in Sweden Island hopping on Sweden’s west coast The ICEHOTEL 2016 Discover the Koster Islands, Sweden’s Secret Hideaway Highlights of Stockholm 5 things to do on a summer holiday in northern Sweden Öland – a very Swedish holiday island Introducing the Art Suite designs for the 26th ICEHOTEL in Swedish Lapland World Book Day with the Sunvil Team Travel to and within Europe from 01Jan21 Dot com or dot con? Don’t be a victim of holiday fraud The Coronavirus | Airports The Queen’s 90th Birthday: A Royal Visit The Coronavirus | The latest news and advice 7 Facts about the Northern Lights EU referendum: What effect will the result have on your 2016 summer holiday? All for the love of travel | Looking forward All for the love of travel | Our 50th birthday Spring forward to one of our many favourite destinations in 2018 All aboard! Sunvil’s top 8 railway journeys throughout Europe and Latin America.  8 Northern Lights Facts: An Infographic Autumn escapes Tips for travelling post-lockdown Booking a holiday IS legal Green means go. Amber means...? Read more inside Where to go on holiday in July