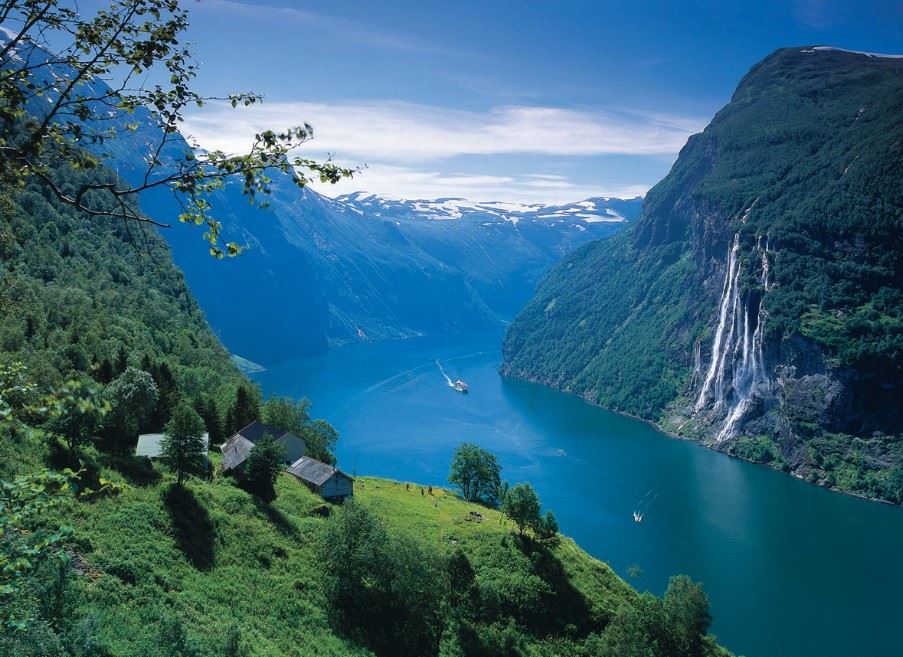 If your idea of a memorable holiday is to be surrounded by jaw-dropping scenery, a holiday in Norway is probably near the top of your list. In particular the Norwegian fjords offer mile after mile of spectacular landscapes, providing more than ample reward for the effort required to reach these often remote places.

While many choose to explore the fjords on a cruise, a fly-drive holiday offers many advantages and provides the flexibility to stay at any place for longer should you be unable to tear yourself away from the spectacular views.

Although southern Norway is sparsely populated there are several towns that make pleasant stopping points on your journey through the region. Here are just a few places where you can get to see another side of this beautiful region.

Stavanger is surrounded by a jagged coastline of sandy beaches and fishing villages and has a wealth of historical and cultural attractions. Wander along the lanes of Old Stavanger which run between 18th century wooden houses and visit the exotic gardens at Flor & Fjære. For something completely different try a wild salmon safari where you get to see the salmon in their natural river habitat.

Bergen is Norway’s second city is surrounded by a backdrop of magnificent mountains and the beautiful fjords. Take time to explore the traditional wooden buildings of Bryggen, the area around the Hanseatic Wharf that was recent awarded UNESCO World Heritage status. The city is well known for its music and art festivals that run throughout the summer months.

A relatively small town where life progresses at a gentle pace, Ålesund is regarded as one of the most attractive and pleasant towns in the region. Much of the town’s buildings originate from the early years of the 20th century and were built in the Art Nouveau style – in fact Ålesund is now considered one of the best preserved Art Nouveau towns in Europe, with building adorned with distinctive spires, turrets and colourful ornaments.

To the north of the fjord region, Trondheim was the first capital of Norway and the final resting place of St. Olav almost 1000 years ago – his shrine attracts many Scandinavian pilgrims to this day. The city was largely rebuilt after a devastating fire in the 17th century and the modern city hails largely from that period, although a few older streets remain. Take a walk along the Nidelva river to explore the historic wooden houses of Bakklandet and reward yourself at one of the area’s charming cafés.

Røros of is one of Europe’s best-preserved wooden towns and has been recognised as a UNESCO World Heritage Site. The town was originally created to support the mining industry in the 17th and 18th centuries, and the original houses are still in use today. Surrounded by a glorious rural landscape Røros is a great place to enjoy Norway’s outdoor delights.

Travel to and within Europe from 01Jan21 Wild landscapes of Svalbard – a photo post Dot com or dot con? Don’t be a victim of holiday fraud The Coronavirus | Airports Trondheim, the original capital of Norway The Queen’s 90th Birthday: A Royal Visit
Highlights of Oslo Start of the 2018 holiday season 7 Facts about the Northern Lights EU referendum: What effect will the result have on your 2016 summer holiday? All for the love of travel | Looking forward Notes from the field - Tromso The Coronavirus | Norway Highlights of Svalbard Highlights of Northern Norway The Coronavirus | The latest news and advice All for the love of travel | Our 50th birthday Spectacular Lofoten Islands and Vesteralen Not just any old city break… Choose a city break to Norway Spring forward to one of our many favourite destinations in 2018 All aboard! Sunvil’s top 8 railway journeys throughout Europe and Latin America.  Highlights of the Fjords and Trondelag Where can Sunvil take you this spring? 8 Northern Lights Facts: An Infographic Our top five scenic fly-drive holidays ‘Holiday at the extreme’ with Sunvil All for the love of travel | Ask the experts #2 Driving Norway’s National Tourist Routes Autumn escapes The myths and legends of the Northern Lights What makes northern Norway so special? Notes from the field – Svalbard, Norway Tips for travelling post-lockdown Notes from the field – The Northern Fjords The land of the Northern Lights and the Midnight Sun Booking a holiday IS legal Green means go. Amber means...? Read more inside Highlights of Lillehammer All for the love of travel | Dreaming of our post-lockdown travels Driving bliss: the National Tourist Routes in Norway Haunted happenings and events around the world Things to do in Norway while waiting for the Northern Lights Notes from the field – Svalbard, Norway The five seasons of Svalbard Where to go on holiday in July