Wildlife of the Troodos Mountains 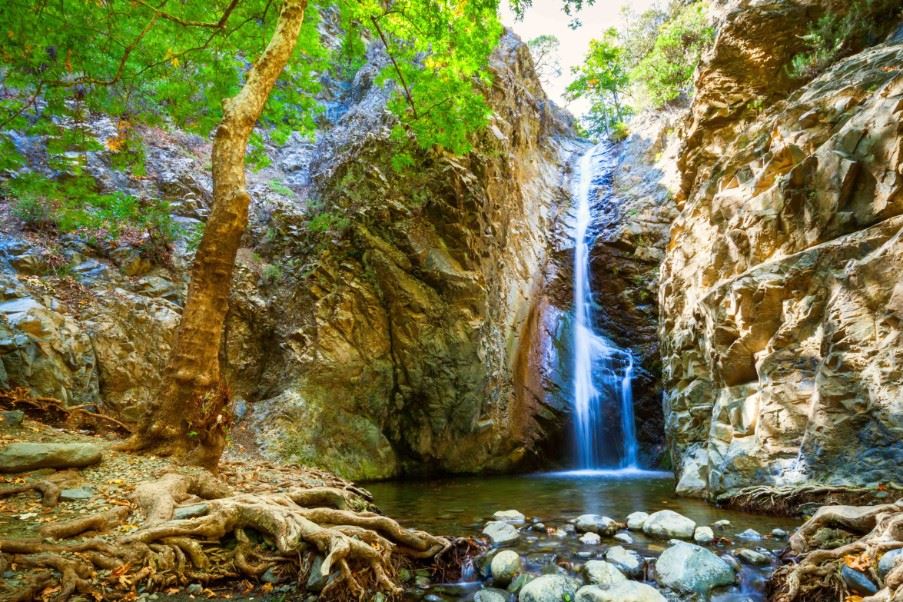 The Troodos Mountains is Cyprus' largest mountain range and also home to the country's highest peak, Mt Olympus. The flora of the Geopark is the richest in Cyprus and, for this reason, the Troodos mountain range is considered one of the most important mountain habitats for plants in the whole of Europe. The fauna of Troodos reflects the rich flora and the wide spectrum of habitats it creates for many insects, birds and animals, many of which are endemic to the region.

The Cyprus Mouflon - Ovis gmelini ophion
The mouflon is a wild sheep and this subspecies is found only in Cyprus and dates back 10,000 years. Other variants can be found in Turkey, Corsica and Sardinia.  It is a large animal, the largest of the local wildlife fauna, and was endangered for many years as hunters considered it to be quite a prize.  Some specimens are kept in a large enclosure of several acres at the mountain forestry centre at Stavros Tis Psokas but, over the last few years, as the animal is now protected except for the occasional poacher, it has bred successfully and can sometimes be spotted while on mountain trails.  It is estimated that there are now over 3,000 individuals that roam the forests of the Troodos and Paphos mountains. Males weigh approximately 35 kilos and have heavy sickle shaped, 2 ft long horns when mature. The mouflon is a shy, beautiful and agile animal and it’s a privilege to see one. 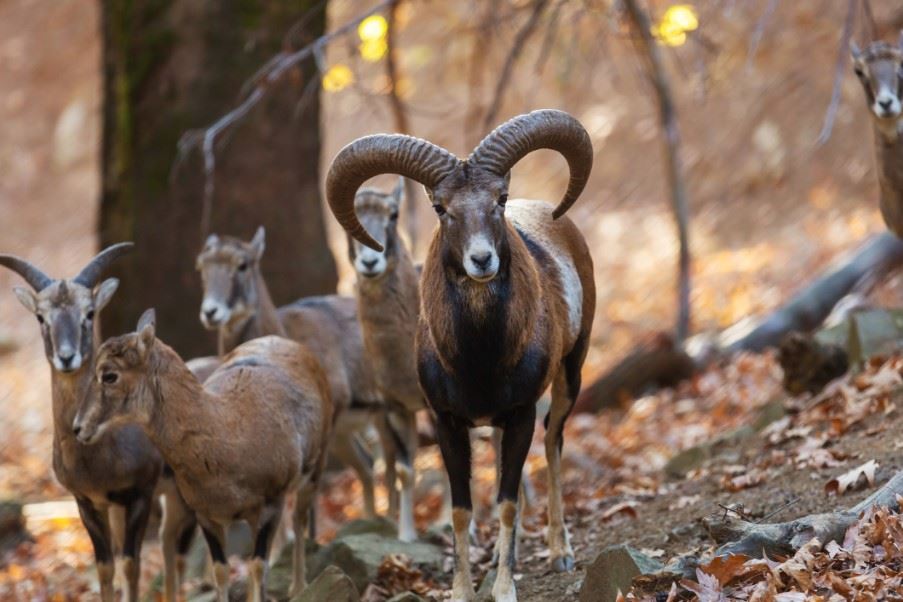 There are around 398 species of avifauna in Cyprus because the island lies on the migration routes from Africa and  the Middle East to central and northern Europe.  Approximately 200 species are regular migratory visitors and 40 of them breed on the island.  There are 50 resident species and 2 are endemic to Cyprus, the Cyprus Wheatear and the Cyprus Warbler.  There are also 4 endemic subspecies, being the Cyprus Scops Owl, the Coal Tit, the short-toed Treecreeper and the Cyprus Jay.

The Griffon Vulture - Gyps fulvus
By 2011 only 10 Griffon vultures were thought to be living in the wild.  Between 2007 and 2013, in cooperation with Greece, another 25 vultures were brought from Crete in order to strengthen the Cyprus population.  Some youngsters have since been seen and it is estimated that there could be as many 35 and more.  The population still cannot be considered safe and the population still needs strengthening from birds from Crete or Spain.  However, things are looking up for the Cyprus population.

The Griffon is very much an old world vulture with a white neck ruff and yellow bill. With a weight between 6 kg and 10 kg , a length of 37 - 48 in and a wingspan of 7.5 to 9.2 ft this is a majestic bird and effortless flyer. 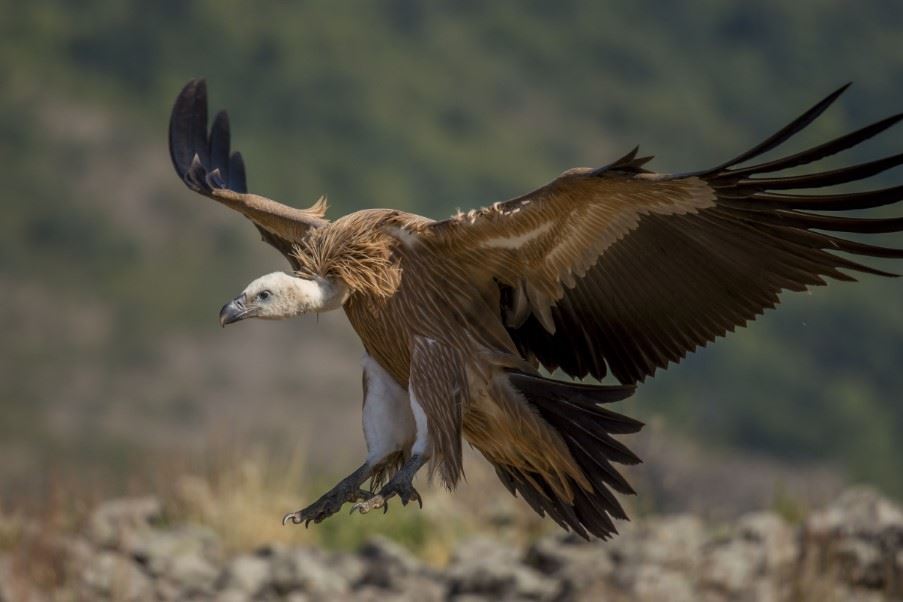 Bonelli’s Eagle - Aquila fasciata
This is the only eagle species that breeds in Cyprus and tends to nest on large Calabrian pine trees in the Troodos and Paphos forests.  It is estimated that there are 30 to 40 breeding pairs on the island.  The population is considered to be stable and its food, being snakes, rats, lizards, hares and partridges, is plentiful. Birds are 22 to 26 ins in length and have a wingspan of around 5 ft. 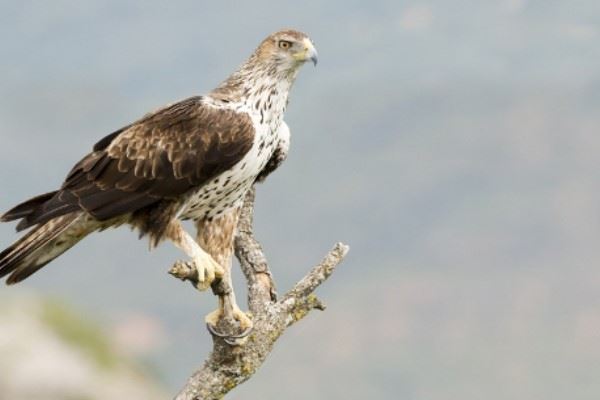 The Short-toed Treecreeper - Certhia brachydactyla dorotheae Hartert
This tiny little bird is an endemic subspecies of the mainland populations with a distinct difference in the song. The birds inhabit pine woodland from an altitude of 450 m and above. They have a long, slender, downcurved bill and are speckled brown.  They eat insects and spiders and can be spotted foraging on pine trees. Very much one for the twitchers! 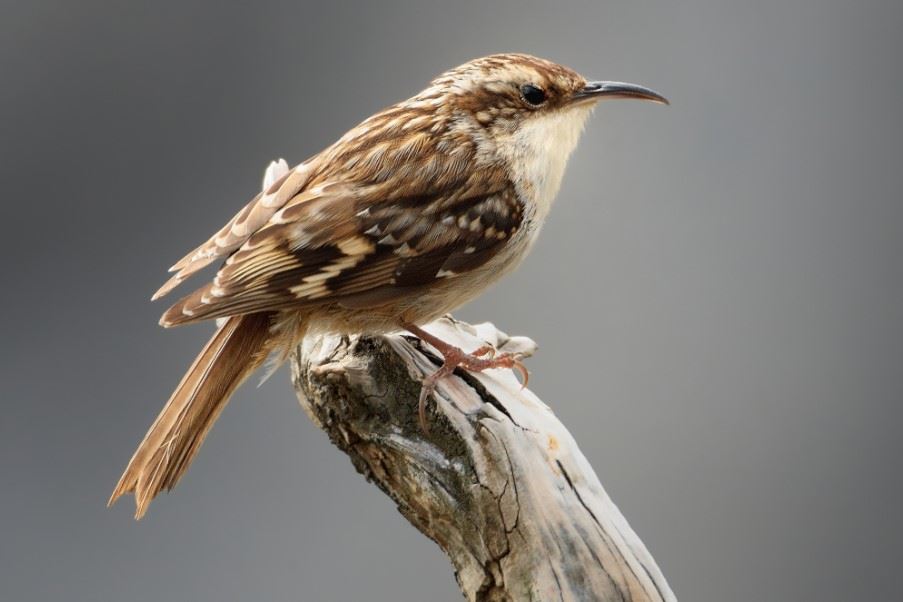 Cyprus Wheatear - Oenanthe cypriaca
The Cyprus wheatear is a very pretty bird, black on the tail and back and white front and top of the head.  It’s really a fly catcher and about 5 to 6 in long. The bird is endemic to Cyprus as it breeds only on the island and is very well established, not threatened and widely seen, though it winters in south Sudan and Ethiopia.  Unlike other wheatears, the Cyprus bird breeds and occupies more forested habitats and is more likely to be seen in the lower region of the Troodos range where it also has access to open ground and bush/tree vegetation. 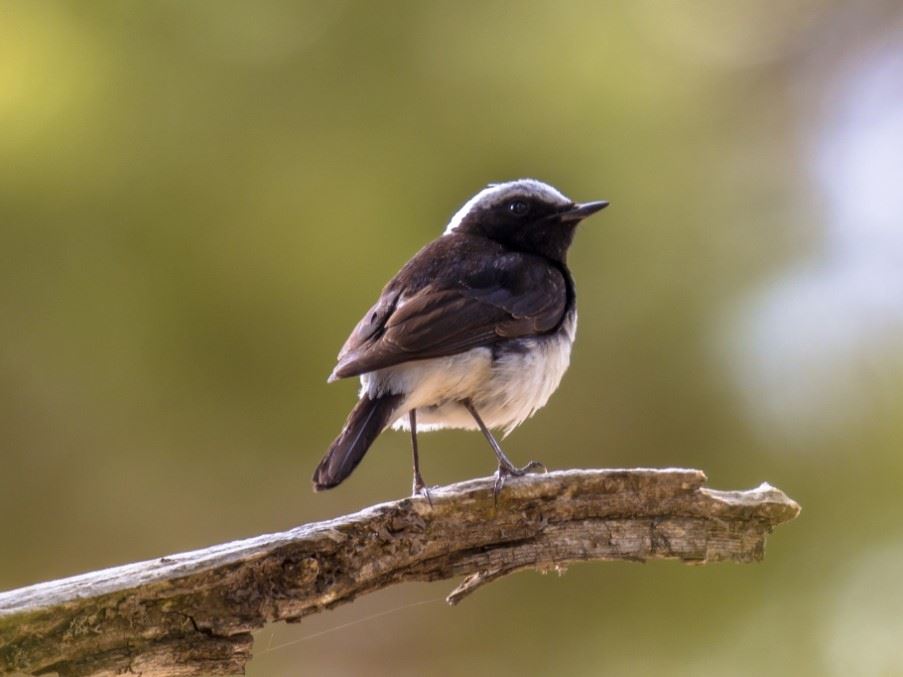 Cyprus Warbler - Sylvia melanothorax
Another small bird endemic to Cyprus as it breeds only on the island.  It winters in Israel, Jordan and Egypt.  It is very well established and plentiful on Cyprus and breeds in the foothills of the Troodos range as it needs access to dry open country and bushes for nesting..  The male has a grey back, black head, white malar streaks and its chest and underparts are  streaked with black. 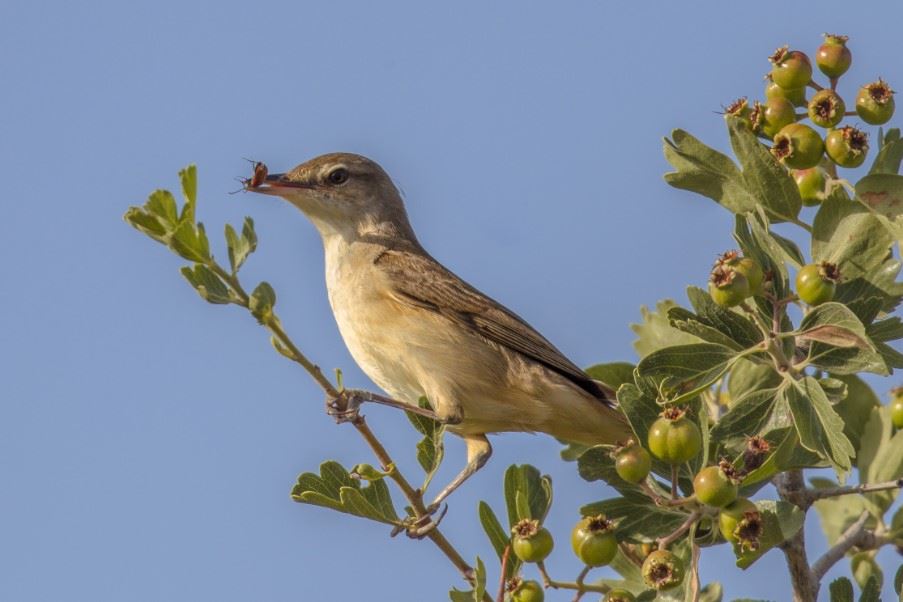 Cyprus Scops Owl - Otus scops cyprius
Many are adamant that the  endemic Cyprus scops owl should be elevated to full species status as its song and dark plumage are distinctive. It does not breed with other scops owls that migrate through the island. It inhabits forests and farmland.  It is a small dark owl with small ear-tufts and lives year round on the island and can be heard on many an evening. 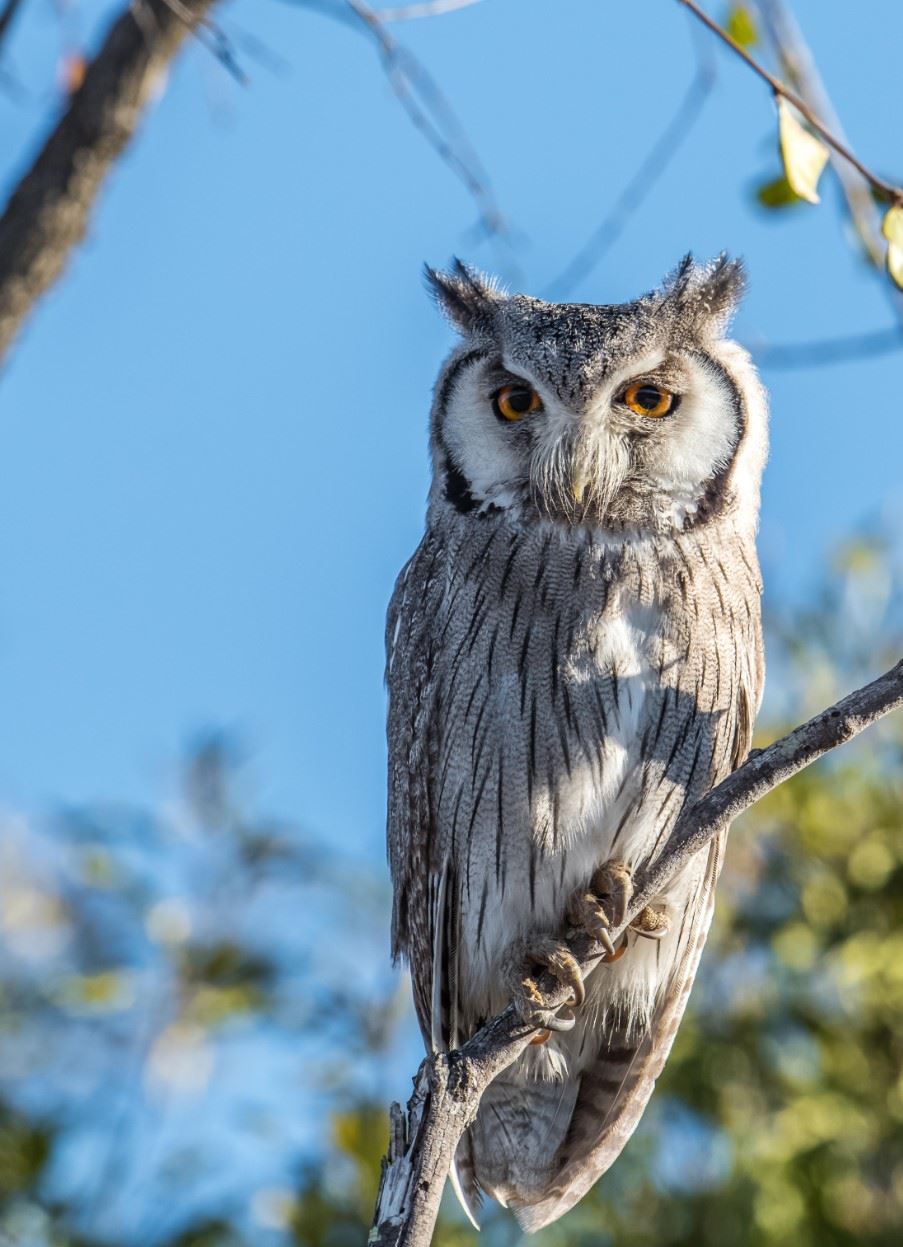