The west of Sicily is very different from the ordered and industrious east. Whitewashed houses, palm trees, busy fishing harbours and sunburned lowlands seem more akin to Africa than Europe. Colonised by the Moors, western Sicily’s great appeal is its unique Arabic flavour that sets it apart from the rest of the island. There is much to incite the senses here, from working fishing villages to one of Sicily’s finest nature reserves, the Riserva Naturale dello Zingaro. The capital Palermo is at its heart and, with its wonderful architecture and nearby must-sees such as Monreale, is a definite attraction. To the west of the capital lies the medieval hilltop town of Erice and the island retreat of Mozia. Further south are the magnificent ruins at Agrigento where the remarkable Valley of the Temples will not fail to impress. Much of Sicilian history was shaped along these western shores, and much is left that is ancient, including the magnificent ruins at Segesta, whose temple has remained virtually intact for 2,500 years. 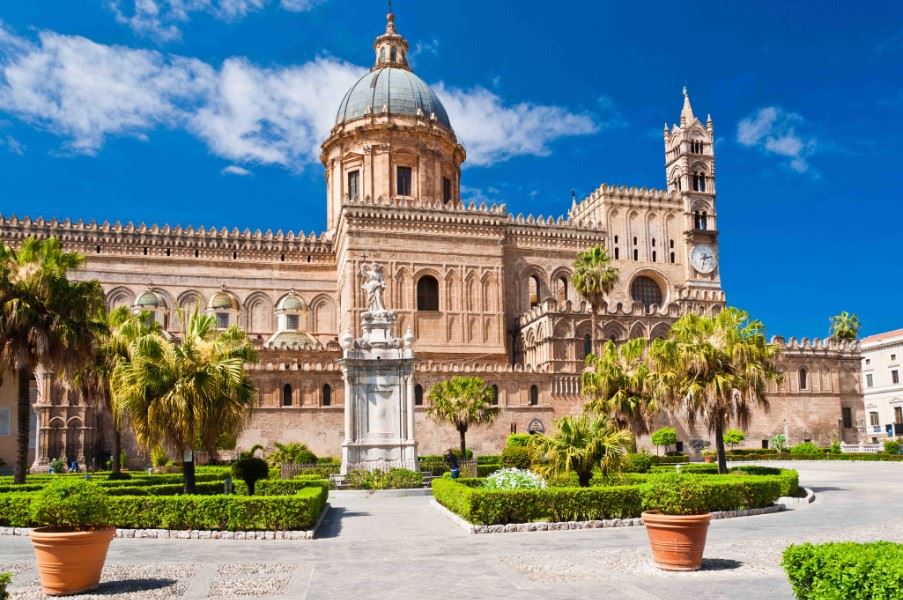 A visit to the Duomo, an impressive 12th century cathedral housing the tombs of Sicily’s kings, is highly recommended. Other sights worth a visit are the Palazzo dei Normanni which contains the stunning Cappella Palatina where you can see wonderful mosaics; the Capuchin Catacombs (containing some 8000 mummies); the Archeological museum housing artifacts from Etruscan, Carthaginian, Roman and Hellenistic civilizations; and the Botanical Gardens, offering 30 acres of tranquillity within the city. 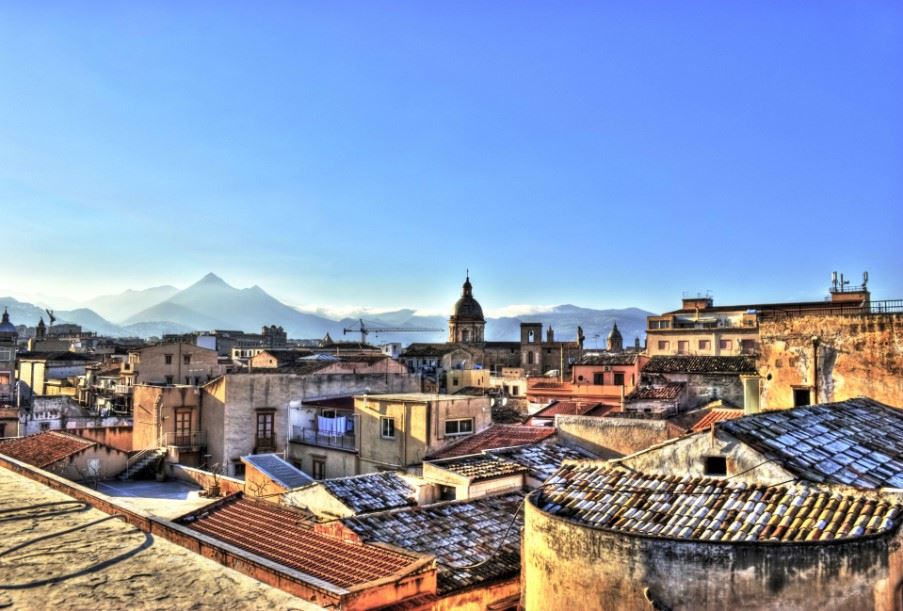 Erice, located in the province of Trapani, is perched on top of Mount Erice at around 750m above sea level and enjoys superb views over the sea as well as eastern Sicily, Trapani, Marsala, and the Egadi Islands. This quiet, unassuming town, enclosed by defensive walls, has a maze of cobbled streets and passageways, medieval piazzas and courtyards that will enchant any visitor. 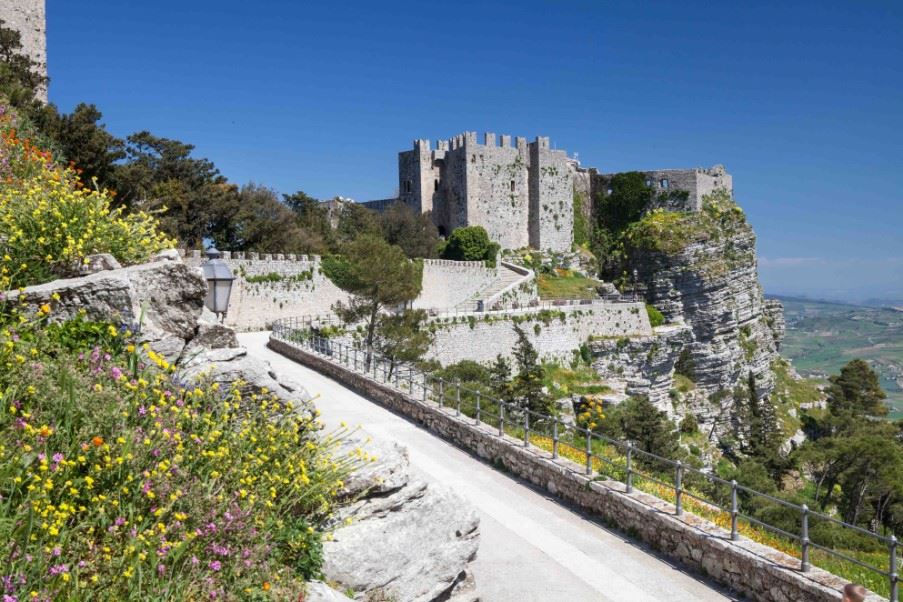 Sicily’s wine country lies to the east. The region was always known for its fine grapes, but it was the Englishman, John Woodhouse, who introduced the fortified wine business here in 1796, having already developed a similar product (Port wine) in Portugal. The early years of the 19th century saw the arrival of thousands of British troops in Sicily to support the armies of King Ferdinando I during his exile from Naples in view of the Napoleonic occupation of Italy. Many were based at Marsala. Soon other firms were to follow Woodhouse’s example including Ingham, Good and Whitaker and Florio. The grape-growing region extends westward toward Salemi, Segesta and Sciacca. 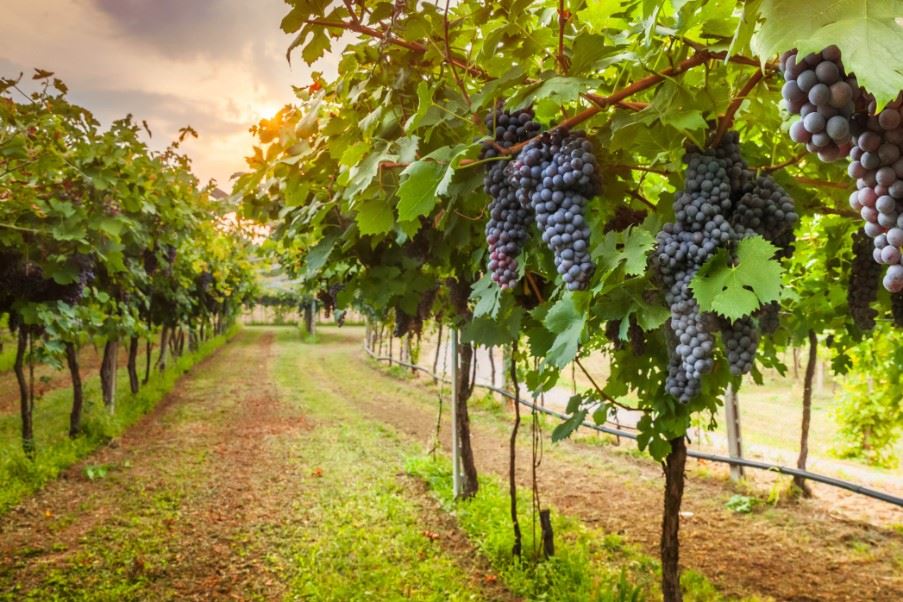 The Cathedral of Monreale, built in 1174 by King William II, is the greatest of all the monuments of the Norman kings in northern Sicily. While the outside of the cathedral is predominantly plain, the inside walls are adorned with stunning mosaics - reputedly one of the world’s largest displays of this art.

The Catherdral of Monreale, Sicily 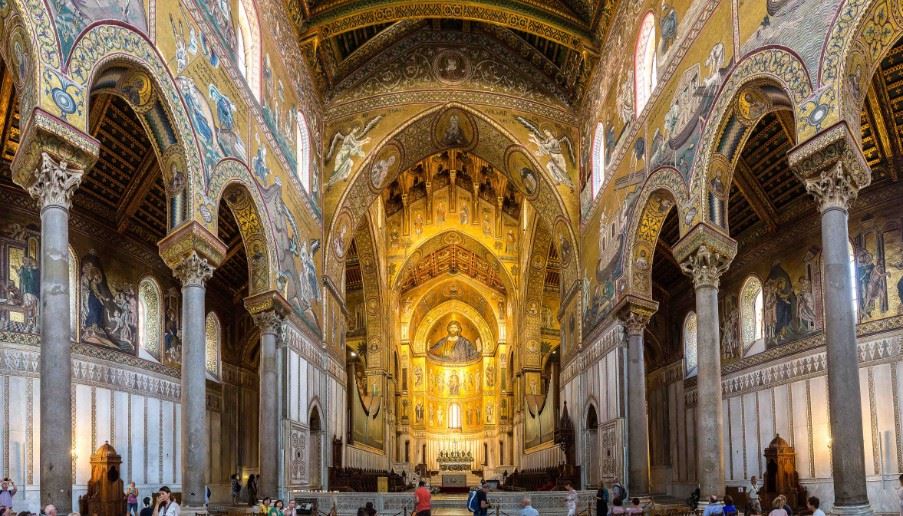 Exploring the Aeolian Islands Sicily... what not to miss Dot com or dot con? Don’t be a victim of holiday fraud A walk through time: Highlights of Syracuse and the island of Ortigia Italy and the joy of gelato Sicilian Citrus Fruits Infographic
A slice of island life on Lipari Where to go on holiday in September Highlights of Eastern Sicily EU referendum: What effect will the result have on your 2016 summer holiday? All for the love of travel | Looking forward Where to go on holiday in March All for the love of travel | Our 50th birthday An Introduction to Sicily’s Baroque Cities The Coronavirus | Airports Where can Sunvil take you this spring? Where to go on holiday in October Autumn escapes Holidays in the shadow of Mount Etna Booking a holiday IS legal Green means go. Amber means...? Read more inside A day in Enna April 2017 Sunvil Supper Club – Sicilian-style Chicken (Pollo ai Profumi di Sicilia) Tips for travelling post-lockdown Sicily – in the footsteps of Inspector Montalbano Exploring Maratea without a car Train travel in Italy The Coronavirus | The latest news and advice World Book Day with the Sunvil Team Syracuse – Exploring the historic treasures of Sicily Where to go on holiday in April All for the love of travel | Ask the experts Highlights of Sicily Horatio Nelson Our Top 5 Natural Wonders Of Sicily Travel to and within Europe from 01Jan21 Easter in Sicily: Trapani Good Friday Procession The Coronavirus | Italy and Sicily All for the love of travel | Sicily