James Bond and his adventures in Brazil 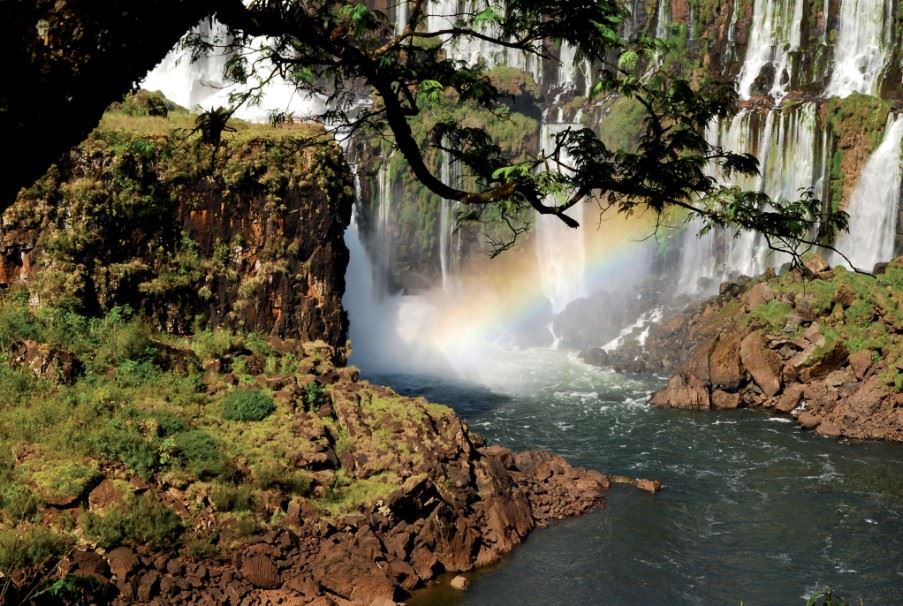 Take a walk along the long sandy beaches of Rio de Janeiro and images of glamour are never far away. Tanned, athletic types enjoy the sun or play ball games while others pose to anyone and everyone in some of the most elegant (or daring) swimwear you’re ever likely to see. In fact you could be forgiven in thinking that this would make the perfect backdrop to a James Bond movie. Hardly surprising then that Brazil and in particular Rio has played a starring role in one of 007’s most famous films, Moonraker.

Grabbing a bite in Rio

If you’re a fan of the death-defying British spy then you will remember the scene from Moonraker when the cable car carrying James Bond (played by Roger Moore) and Holly Goodhead (Lois Chiles was the Bond girl of the moment) was attacked by Jaws. The over-sized metal-mouthed baddie bites into the steel cables (they were actually made of liquorice for the film) in an attempt to stop 007. The filming almost ended in tragedy as the stuntman playing the part of Jaws slipped and very nearly fell to his death from the cables.

Visit Rio now and the tramway cable linking Sugar Loaf Mountain’s two peaks are one of the must-see activities in the city. The cars are known as Bondinhos although this does not refer in any way to the name of the film!

Rio also features in Moonraker during its famous Carnival. The scenes from the world’s biggest street party were shot almost a year before the crew returned for the cable car sequences.

Taking the plunge at Iguacu

The other world-famous Brazilian attraction to feature in the movie was Iguacu Falls. It was from here that Bond hang-glides to safety as his speedboat plunges into the abyss. While ‘Q’ suggests in the film that the waterfall is somewhere in the upper Amazon, no-one is fooled as there is nothing to rival the size and power of Iguacu elsewhere in the country. By all accounts the original plan had been to send a boat over the actual falls but after an unsuccessful attempt that could have led to a serious accident the production crew took a reality check and changed their plans, using a mock-up at Pinewood Studios instead.

Visit Iguacu Falls and you are unlikely to go para-gliding or risk anything as crazy as the stunts from Moonraker. You are however guaranteed to stare in awe at one of the natural wonders of the world. Iguacu can be accessed from three countries (Brazil, Argentina and Paraguay) and each will tell you that their side of the falls is the most impressive.

Brazil offers plenty of adventure and excitement. Whether or not you fancy yourself as James Bond (or Holly Goodhead), you’re bound to appreciate just why these iconic Brazilian destinations were the natural choice for a movie that used a trusted formula of eye candy and non-stop excitement to become one of the all-time classic films.

The largest swamp on the planet The Coronavirus | Airports Where to go on holiday in April The Queen’s 90th Birthday: A Royal Visit The Coronavirus | The latest news and advice Notes From the Field - Brazil
Notes from the field – Brazil, Argentina & Uruguay Petropolis and a breath of fresh air Where to go on holiday in March Five unreal places in South America you have to visit 7 things to know when planning a visit to Iguazu Falls January 2016 Sunvil Supper Club – Moqueca (Brazilian Seafood Casserole) Spotlight on Wildlife: Jaguar Celebrating Carnival in South America Brazil off the beaten track – 5 great places you shouldn’t miss Notes from the field - Argentina, Brazil and Chile Jericoacoara and a fairytale sunset Iguacu Falls - picking sides Out to sea in a jangada – a traditional Brazilian fishing boat Booking a holiday IS legal Green means go. Amber means...? Read more inside Where to go on holiday in January Our practical guide to the Rio Carnival All for the love of travel | My most memorable trip - Noel Josephides A selection of the best beaches in Latin America Small-ship Amazon cruises Their race has finished, let your Latin America journey begin UNESCO World Heritage Sites in Latin America Wild encounters in Latin America