Looking at the extravagant parades and customs on show at the Rio carnival, it’s easy to forget that the tradition of celebrating this annual feast is even vaguely related to religion. The best clue as to its roots is in its moveable date, timed as it is according to the date of Easter. The purpose of celebrating carnival (derived from ‘carne vale’ or ‘goodbye to the meat’) was originally a final binge of food and drink before the start of Lent and the obligatory 40 days of fasting. The celebration has taken on many forms over the centuries, and its European influences have been merged with local traditions to create a series of giant parties which vary widely, not only from one South American country to another, but even within countries.

The Rio de Janeiro carnival is without doubt the world’s most famous, with around 1 million visitors attracted to the city during the long party weekend. Around double that number crowd onto the city’s streets as over 200 different samba schools ensure that the noise and dancing continue without a break.

While the celebrations in Rio are legendary, other cities stake a claim to equally wild carnivals. Salvador in the state of Bahia has what is considered to be the world’s largest street party. Over 15 miles of the city’s streets are turned over to an enormous celebration which is deeply influenced by the city’s rich African heritage. The events are free and attract some of the biggest Brazilian celebrities, who put on performances at various stages around the city. Brave people can try and join the dancing masses behind the floats, but for those who want to enjoy the spectacle from a safe distance there are grandstands with advance ticketing, from where you can comfortably take photos of the parades.

Sao Paulo is not renowned as a carnival city and in fact many locals will head to the celebrations in Rio or Salvador for the party weekend. That said the city does has its own parade and for carnival first-timers it’s still very impressive, with big parades on the Friday and Saturday night of the Carnival weekend.  Sao Paulo’s carnival will appeal most to those who want to enjoy samba dancing, as there’s a keenly-fought competition between the city’s many dance schools.

But it’s not only Brazil having all the Carnival fun. The Oruro Carnival is the largest celebration in Bolivia, and the dances, costumes and music have a strong Andean flavour. The Oruro Carnival is also known as the Diablada (Dance of the Devils), and every year it attracts around 400,000 visitors to Bolivia. The Diablada is an bewildering parade which features demonic dancers in extravagant costumes; its cultural value is such that it was short-listed as a masterpiece by UNESCO. The first procession takes place on the Saturday and features 20,000 dancers and 10,000 musicians; it can last up to an incredible 20 hours! 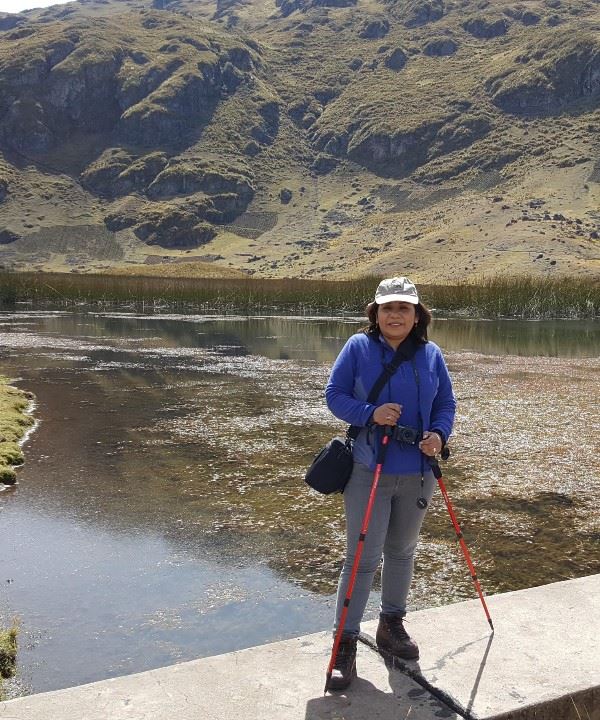 Other posts from Elena Larkin

The largest swamp on the planet Where to go on holiday in April The Queen’s 90th Birthday: A Royal Visit Notes From the Field - Brazil Petropolis and a breath of fresh air The Coronavirus | Airports
Where to go on holiday in March 7 things to know when planning a visit to Iguazu Falls January 2016 Sunvil Supper Club – Moqueca (Brazilian Seafood Casserole) Brazil off the beaten track – 5 great places you shouldn’t miss Notes from the field - Argentina, Brazil and Chile Jericoacoara and a fairytale sunset Iguacu Falls - picking sides Out to sea in a jangada – a traditional Brazilian fishing boat The Coronavirus | The latest news and advice Booking a holiday IS legal Where to go on holiday in January Our practical guide to the Rio Carnival All for the love of travel | My most memorable trip - Noel Josephides James Bond and his adventures in Brazil Their race has finished, let your Latin America journey begin UNESCO World Heritage Sites in Latin America Exploring the Aeolian Islands The attractions of Chrani and surrounding Areas Cape Horn: A most memorable travel experience No-deal warning: don’t go on holiday after March 29 2019 | Sunvil's response Returning to our TV screens in April, 2017 – Corfu and The Durrells Trondheim, the original capital of Norway 10 reasons to go to Norway on your next holiday Highlights of Northern Portugal Notes from the field - Andalucia Sagres – the end of the world A walk in Thessaloniki’s Upper Town Walking in Kalami, Corfu Exploring Puglia – along Italy’s heel On the history trail in Cyprus 7 things not to miss in Argentina A slice of island life on Lipari Notes from the field – Corfu and Paxos Greece: The truth behind the headlines – Part Three 5 people you may not have known were Greek Barra da Tijuca – a very modern side of Rio Italy... what not to miss Tolon revisted Do come to Samos In 2016! May 2016 Sunvil Supper Club – Skopelos Goat and Prunes The unique wonders of the Galapagos Islands Notes from the field - Costa Rica 7 Facts about the Northern Lights Up and coming Greek islands An exciting glimpse of this year’s ICEHOTEL suites Golf Holidays in Cyprus Notes from the field – The Sacred Valley, Peru Questions to consider when planning a fly-drive holiday to Greece or Cyprus On the Trail of Aristotle Alentejo Wine routes Ammouliani – Halkidiki’s Secret Island Greece and the Mamma Mia Trail Stargazing in the Atacama Desert in Chile Monemvasia - A Plan For All Seasons Paphos – European Capital of Culture 2017 Highlights of Northern Norway Highlights of West Sweden Spectacular Lofoten Islands and Vesteralen Discover the alternative activities on Ikaria The 29th incarnation of the ICEHOTEL's Art Suites Notes from the field – Puglia Gotland – Sweden’s Holiday Island Summer in Northern Sweden Notes from the field – Northern Portugal Autumn escapes Greek Easter – in 2016, it’s the weekend of 29th April to 2nd May Paphos - European Capital of Culture 2017 Esteros del Iberá – Argentina’s secret natural wonder Notes from the field – Svalbard, Norway Discover UNESCO World Heritage sites on Cyprus ICEHOTEL 365 – the famous hotel becomes a year-round attraction Birdwatching holidays in Guatemala Island style: Luxury and boutique hotels in the Azores Holidays in the Peloponnese – a short introduction Oaxaca, Mexico’s Cultural Heart The Greek island of Samos and a journey to the land of Pythagoras The little-known sites of Ancient Greece Notes from the field – The Northern Fjords Staying at the ICEHOTEL in Sweden Notes from the field: Sao Miguel - Pico - Faial Great hikes and idle strolls on Crete Southern Albania as part of a twin-centre holiday The Algarve – Our Top 10 Cultural attractions Discover the Koster Islands, Sweden’s Secret Hideaway A Brief Guide to Thassos A day in Enna 5 Ideas for Spa Breaks in Portugal Driving around Naxos The Azores May time in Greece Spotlight on Wildlife: Hummingbirds Who can you trust? Our 10 Best things to do in Florence, Italy 10 things you didn’t know about the Azores Leaves from a Greek Village Notes from the field – the Algarve On the trail of Aristotle on his 2400th birthday The legends and charms of Lemnos Things to do in Norway while waiting for the Northern Lights Notes from the field – Svalbard, Norway 5 things to do on a summer holiday in northern Sweden The Alentejo - hidden Portugal Öland – a very Swedish holiday island 5 things to do when you miss your ferry on Skopelos! Zambujeira do Mar: the delights of Portugal’s Alentejo Coast My experience at the TreeHotel 5 highlights of a holiday in Chile Alternative activities in Ikaria San Ignacio Mini The five seasons of Svalbard A day in the Marine Park of Alonissos Greece Revisited Dion Limenas – the laid-back main town of Thassos Dodecanese – an introduction to 5 of the lesser-known islands Notes from the field – Brazil, Argentina & Uruguay Five unreal places in South America you have to visit Spotlight on Wildlife: Jaguar Small-ship Amazon cruises Wild encounters in Latin America

Talk to our Latin America expert

Elena, has been with Sunvil since 2014 and hails from Peru. She is very passionate about Central and South America which is understandable and she comes from those regions. She has a very broad experience of tailor made itineraries, having worked at Natural World Safaris, Best at Travel and Journeys Latin America. You would have thought that Peru would be her favourite destination but in fact it is Argentina. She also know's a great deal about polar cruising.