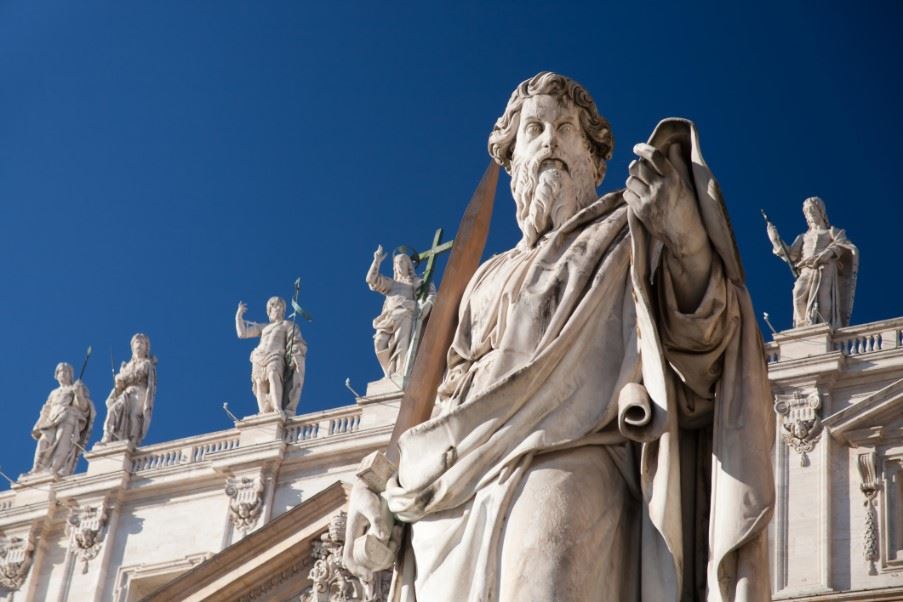 The eternal city, Rome is a living museum which displays the greatest collection of Classical antiquities, medieval buildings, Renaissance palaces, Baroque churches and Roman archaeological sites in the world. At every turn, world-famous attractions and works of art by Bernini, Caravaggio and Michelangelo are visible.

The other side of Rome is one of a cosmopolitan metropolis; frantic and exciting. It is a city that never sleeps; a paradise for shopaholics and a gastronomic delight. The city is also an inspiration for artists and a real-life film set.

Films
Thousands of films have been shot on location in Rome including Fellini’s ‘8 ½’, William Wyler’s ‘Roman holiday’ and Negulesco’s ‘Three Coins in a Fountain’. Recently, ‘Angels and Demons’ featuring Tom Hanks and ‘Eat, Pray and Love’ with Julia Roberts have used the city as a backdrop. 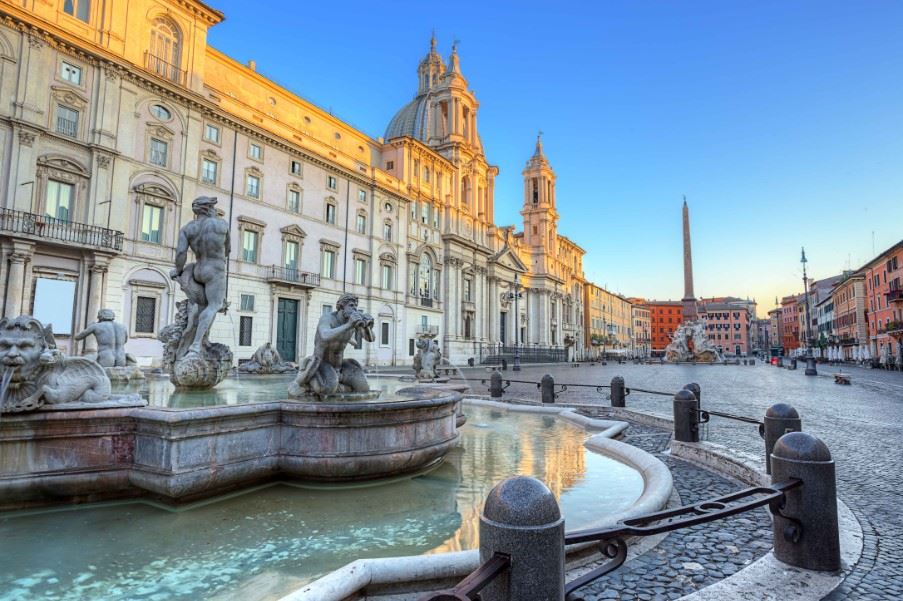 The historic centre
Bordered by the River Tiber to the west, the centre of Rome has a high concentration of historical sites, shops and attractions to suit all interests. This is the home of Piazza Navona; the Pantheon; the Trevi Fountain and the Spanish Steps; as well as Via Condotti – Rome’s exclusive shopping street.

Tradition says if you throw a coin over your shoulder with your back towards the Trevi Fountain you will be assured a return to Rome. Once you have been to Rome you will want to return time and time again, so our advice is to follow this tradition – we have!

For a wonderful view over the sprawling city towards St Peter’s and the Vatican, we propose a climb to Piazza dei Monti at the top of the Spanish Steps.

On a hot day, or in fact on any day, hide from the elements in the Pantheon, the best preserved monument of ancient Rome. Its cool interior adorned with pediments and tombs and dominated by the historic dome - wider than St Peter’s – is a spectacular sight and best of all, it is free to visit. 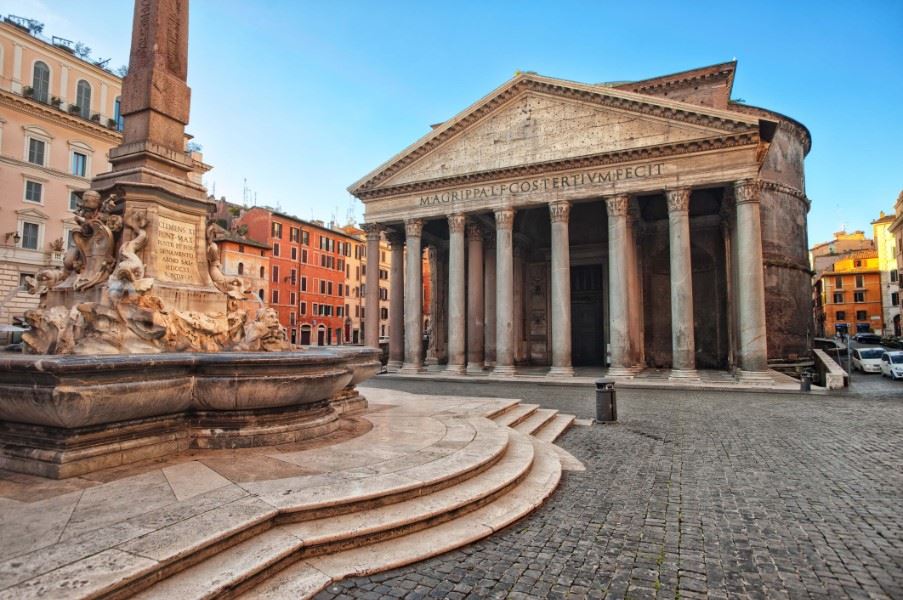 The Colosseum and Roman Forum
For history buffs a visit to the Colosseum and the Roman Forum is a must. It is impossible not to marvel at these structures and imagine what it was like to walk in the footsteps of Julius Caesar, Augustus, Marc Anthony or Marcus Aurelius.

Throughout the world, the image of Colosseum is synonymous with the Roman Empire and regarded as one of the greatest architectural achievements of its time (and possibly of all time). To truly appreciate the magnificence of the imposing Colosseum, inaugurated in AD 80, and to learn about the politics of the amphitheatre and the gladiatorial contests, races and mock naval battles hosted here, a guided tour is recommended.

A gentle stroll around the remains of the Roman Forum, the religious, political and commercial centre of Ancient Rome, is like stepping back in time. There is a wealth of museums, containing sculptures and art treasures excavated from the site; and the remains of a Roman civilisation - temples, villas, parliament houses and a chariot racing circuit. For a view over the Forum, then a climb up Capitoline Hill is a must. 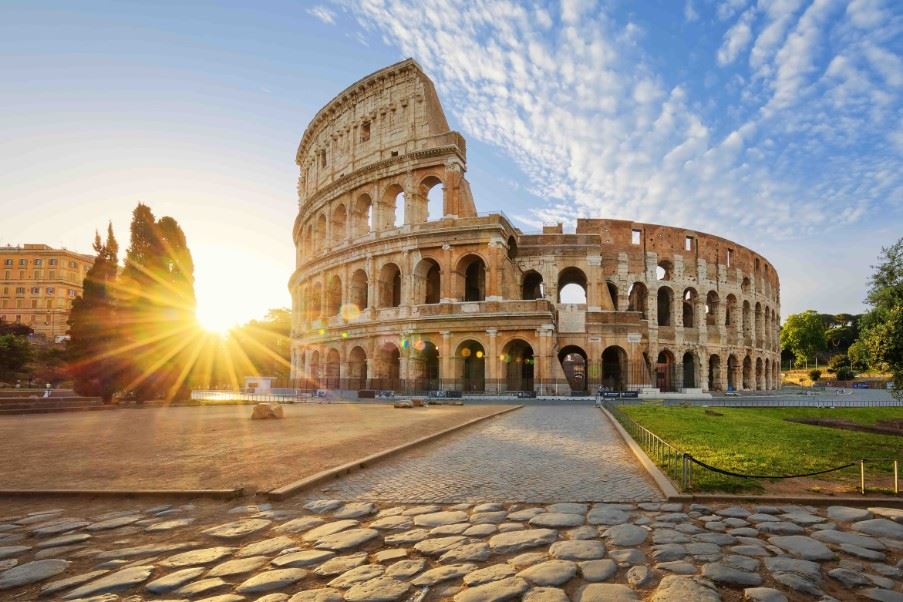 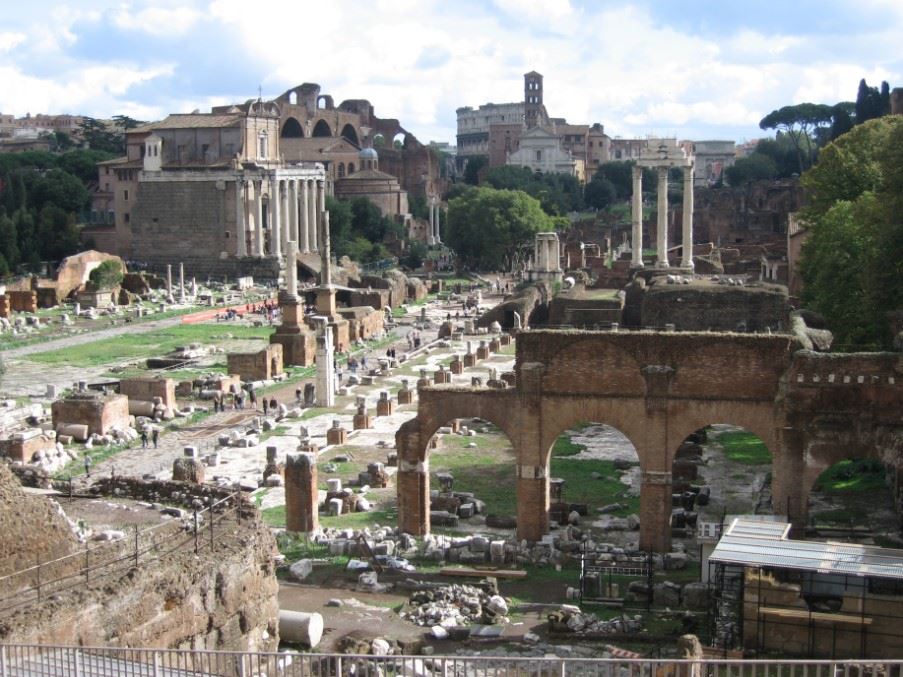 The Vatican
The Vatican is located on the west bank of the Tiber River and, at its heart, stands Bernini’s Basilica di San Pietro. The Vatican is the smallest state in the world, the location of the papal residence, home to some of the greatest art treasures and a ‘must see’ for any visitor to Rome.

Probably the best view of Rome is from the dome of St Peter’s cathedral (see page 53 for a picture of this view); and possibly the best view of the Vatican can be enjoyed as you approach the state, along the Via della Conciliazione from Castel Sant’Angelo. 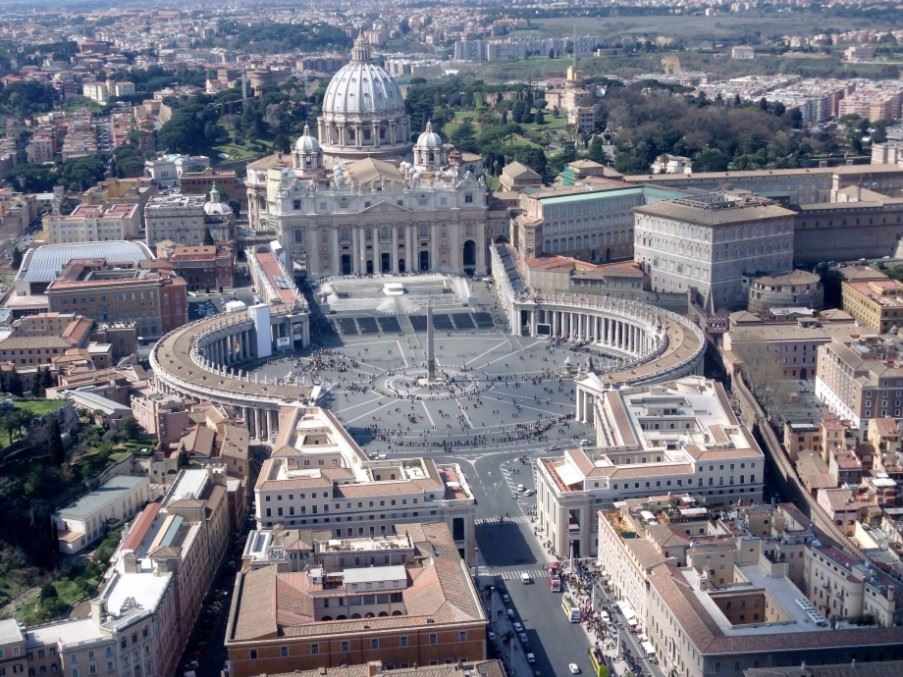 Trastevere
For new and regular visitors to the capital, the district of Trastevere, located to the west of the River Tiber south of the Vatican city, offers a welcome escape from the hustle and bustle. The neighbourhood is where Romans live, socialise and eat (a meal here is cheaper than on the eastern-side of the Tiber). This is the ‘real’ Rome.

Travel to and within Europe from 01Jan21 Exploring the Aeolian Islands Dot com or dot con? Don’t be a victim of holiday fraud The Coronavirus | Airports The Queen’s 90th Birthday: A Royal Visit Italy and the joy of gelato
Sicilian Citrus Fruits Infographic Start of the 2018 holiday season Exploring Puglia – along Italy’s heel A slice of island life on Lipari Where to go on holiday in September Italy... what not to miss Italy’s Basilicata region and the village of Maratea EU referendum: What effect will the result have on your 2016 summer holiday? All for the love of travel | Looking forward Italy, you still make me smile! The Coronavirus | Italy and Sicily Highlights of Puglia Highlights of Venice The Coronavirus | The latest news and advice All for the love of travel | Our 50th birthday An Introduction to Sicily’s Baroque Cities Spring forward to one of our many favourite destinations in 2018 April 2018 Supper Club - La Torta Sbrisolona Where to go on holiday in June Notes from the field – Puglia Tips for travelling post-lockdown Highlights of Campania Booking a holiday IS legal Visit Rome in 2016: The Holy Year of Mercy Green means go. Amber means...? Read more inside A day in Enna Exploring Maratea without a car Notes from the field - Veneto Highlights of Tuscany October 2016 Sunvil Supper Club – Fried Neopolitan Pizza Train travel in Italy Tailor-made holidays in Puglia Our Top 5 Natural Wonders Of Sicily Highlights of Veneto and the Italian Lakes Where to go on holiday in July Syracuse – Exploring the historic treasures of Sicily Wild landscapes of Svalbard – a photo post Boutique Greece Winter holidays in Swedish Lapland Notes from the field - Sao Tome and Principe 5 day trips from Copenhagen Wildlife wonders of Costa Rica Notes from the field - Swedish Lapland in June 7 Facts about the Northern Lights Stockholm: An affordable city break The ICEHOTEL celebrates its 31st anniversary Birds of Latin America – Colouring Page Illustrated Map: The Wine Growing Regions of Portugal 5 reasons to visit Panama Take a walk around Oslo with Sunvil A trip to the Azores Island hopping on Sweden’s west coast 5 Ideas for Spa Breaks in Portugal Their race has finished, let your Latin America journey begin UNESCO World Heritage Sites in Latin America My experience at the TreeHotel Introducing the Art Suite designs for the 26th ICEHOTEL in Swedish Lapland Our top 5 destinations for wine lovers Highlights of Lazio Beating the colossal crowds at the Colosseum in Rome Our 10 Best things to do in Florence, Italy