As you are about to walk across Richmond Bridge, take the steps down to the river promenade and you will see a bust of someone called Bernardo O’Higgins. You’ve probably never noticed, but take a closer look because Bernardo O’Higgins is one of the most famous men in South America and an important part of the continent’s history. Bernardo O’Higgins, who came from a wealthy Chilean family, liberated Chile from Spanish rule, became its Supreme Director, created the Republic, set the foundation for peace and introduced great social and economic reforms. He lived in Richmond-Upon-Thames as a student in Clarence House between 1795 and 1799. He left Richmond when he was 20, to found what is now the most stable republic in South America, and he was very pro British. 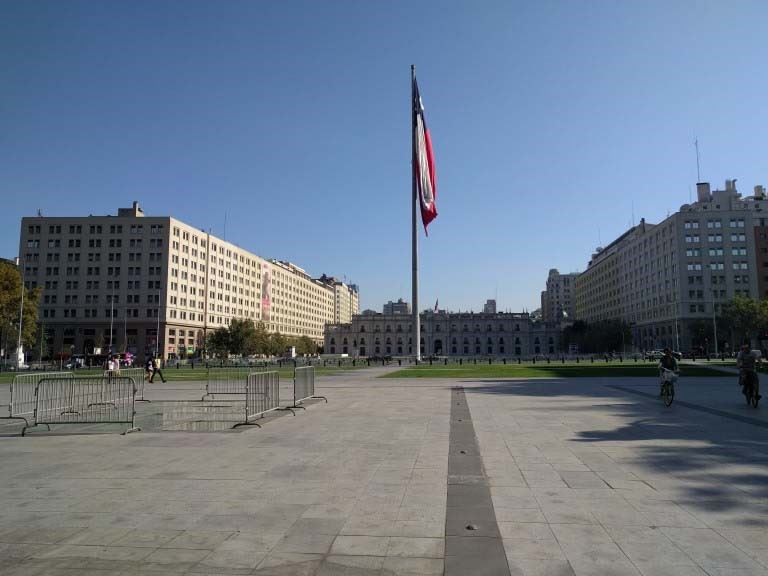 Santiago is perhaps the most underrated capital city in South America. With a population of 6 million, it is located at 567 metres above sea level in the central valley. It nestles between two mountain ranges, the Andes towering to over 4,000 metres to the east and the Chilean Coastal Range to the west. The climate is typically Mediterranean, with long dry summers and cold winters. The Pacific Ocean, at Valparaiso, is 135 km away. 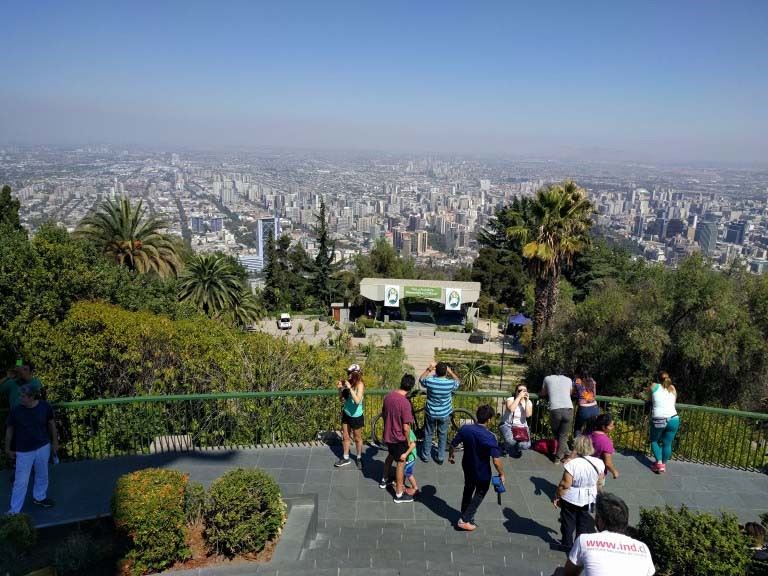 Santiago has something of Rome, something of London, something of Paris. It is a green city, with gardens donated by Spain, Britain, France, Italy and Germany. Irish names feature prominently, with O’Carroll and O’Brien having played a part with O’Higgins in the country’s history. In the 19th century, eight thousand families from Britain, Germany, Greece, Russia, Croatia, Spain, France and Italy settled in Chile, helping to create what is, along with Buenos Aires, Latin America’s most cosmopolitan city.

Santiago is probably the safest city in South America. There is no racial discrimination, first and perhaps foremost. Its wines, developed by the French, who settled in Chile after the Phylloxera epidemic wiped out European vines, are some of the best in the world and the UK is the country’s largest market. The Chileans never allowed slavery; they are equally respectful of dogs which, whether strays or not, are fed, watered and kindly treated. 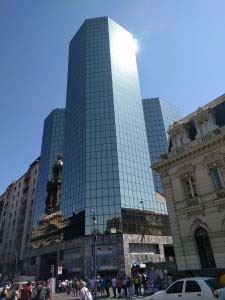 Chilean society is conservative and stable; as a result, Santiago is the financial capital of South America. The country’s wealth comes from mining and farming and Britain has been a significant investor. Some 14% of the population has British ancestry. Lord Cochrane founded the Chilean Navy in the early 19th century and the first Chilean newspapers, plus horse racing and its oldest football clubs, were also British introductions.

You will realise, having read this far, that I was very impressed by Santiago. It is a vibrant, welcoming city, with excellent restaurants, top-quality shopping and it’s an absolute delight to explore. At heart it is a Spanish city, with 45% of the population of Spanish descent, but it is also a most successful melting pot of cultures and customs. Santiago should, in my view, be considered a vital part of any Chilean itinerary. 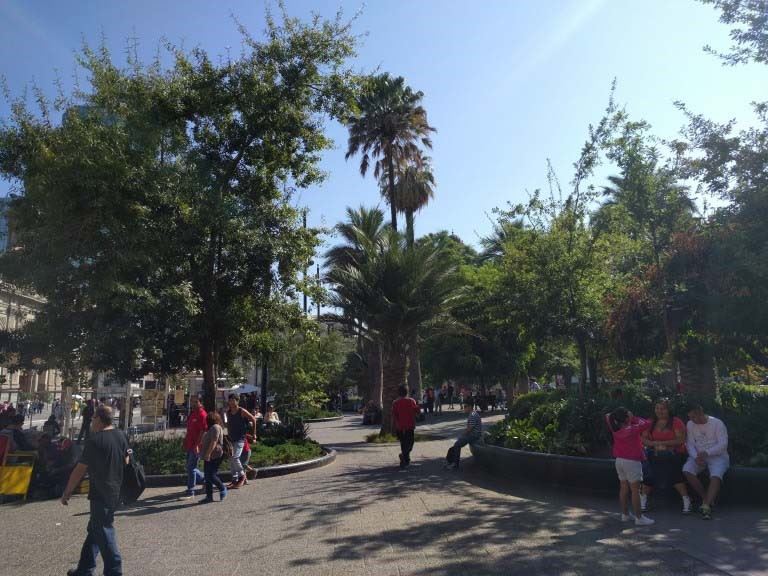 Travel to and within Europe from 01Jan21 Booking a holiday IS legal Peace of Mind Promise for 2022 Happy New Year from the Sunvil family Subbetica - the home of award winning olive oil All for the love of travel | 8 reasons to visit Cyprus this autumn
All for the love of travel | A warm welcome at the Axiothea awaits All for the love of travel | Our 50th birthday All for the love of travel | Looking forward All for the love of travel | My most memorable trip - Noel Josephides All for the love of travel | Noel Josephides Travel to a lesser-known destination with Sunvil and get more 'bang for your buck' Gigantes and grilled lamb - a real taste of the southern Peloponnese Kalamaki Villas: The perfect choice for a comfortable and relaxing holiday in the real Greece No-deal warning: don’t go on holiday after March 29 2019 | Sunvil's response Introduction to Castilla y Leon Spring and Easter in the beautiful Peloponnese Project Kalamaki Villas in Chrani Noel's trip to Uruguay and Argentina Why now is a good time to go to Greece The truth behind the headlines: Migrants in Greece Reviving the Olympic Spirit – the Nemean Games 2016 The Michelin Star of the North The Alternative, Real Algarve The latest financial shenanigans in Greece The Chilean Wilderness at its very best Celebrating 25 years of operating to the Azores Slaying Greek Myths The Atacama Desert Dot com or dot con? Don’t be a victim of holiday fraud Tolon revisted The little-known sites of Ancient Greece Stockholm: An affordable city break Who can you trust? The downside of flying on no-frills flights… The Revival of the Nemean Games EU referendum: What effect will the result have on your 2016 summer holiday? Paphos – European Capital of Culture 2017

Cape Horn: A most memorable travel experience The Queen’s 90th Birthday: A Royal Visit July 2016 Sunvil Supper Club – Caldillo de Congrio (Conger Chowder) The Coronavirus | Airports Five unreal places in South America you have to visit Stargazing in the Atacama Desert in Chile
The Chilean Wilderness at its very best Where to go on holiday in October Notes from the field - Argentina, Brazil and Chile All for the love of travel | Ask the experts #2 The Coronavirus | The latest news and advice Booking a holiday IS legal Where to go on holiday in January Notes from the field: Chile and Argentina A selection of the best beaches in Latin America The Atacama Desert Their race has finished, let your Latin America journey begin UNESCO World Heritage Sites in Latin America 5 highlights of a holiday in Chile Our top 5 destinations for wine lovers