The Michelin Star of the North 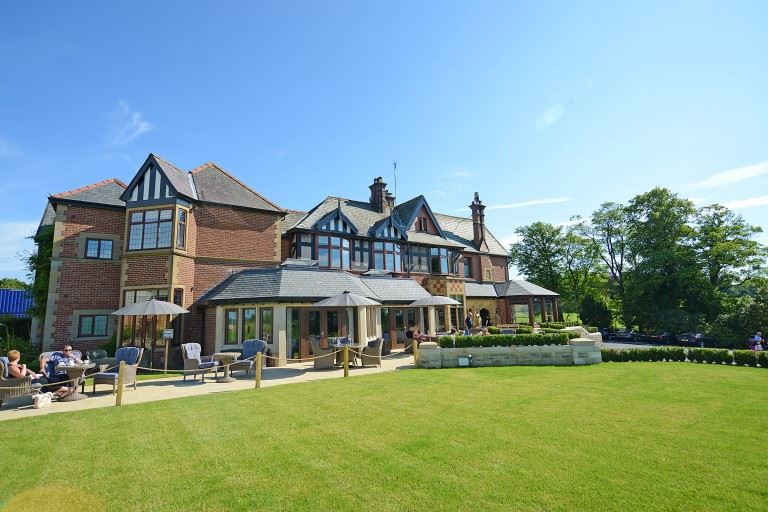 The 48 members of Pride of Britain Hotels represent the very best in the country’s boutique hotels, but not all have a Michelin Star, have featured on BBC’s Masterchef Professional and have held the said star for 19 years.

The picturesque Ribble Valley in Lancashire, officially the centre of the UK, is the setting for Northcote Manor. In 2015, Food and Travel magazine awarded the hotel the ‘Best Restaurant Outside of London’ accolade. The Sustainable Restaurant Association has also awarded Northcote three-star sustainability champion status, an award close to Sunvil’s heart.

But that is not all. This 25 bedroom luxury hotel, set amongst fields and fens in ideal walking territory, is also within an easy drive to the Forest of Bowland, the historic market town and castle of Clitheroe, Cistercian Whalley Abbey, baronial hall Hoghton Tower and 16th century Stonyhurst College which is open for tours during the summer.

So why would Sunvil, an outbound tour operator, show any interest in a UK hotel? Well, first of all we admire excellence. Northcote’s Craig Bancroft, the Managing Director and Director of Wines and chef patron Nigel Haworth have had a working partnership for 30 years and have created an exceptional hotel and restaurant staffed by the friendliest and keenest people.

Secondly, Craig Bancroft has a passion for Portuguese wines and the cellar has a fine selection, especially from the Douro and the Alentejo. In 2013, Craig Bancroft won the Association of Portuguese Wine Importers Special Award, which had only been presented three times over the past 25 years. On a visit over New Year, we were fortunate enough to sample both a white and a red from the Herdade da Malhadinha Nova estate in the Alentejo, a hotel we feature in our programme. 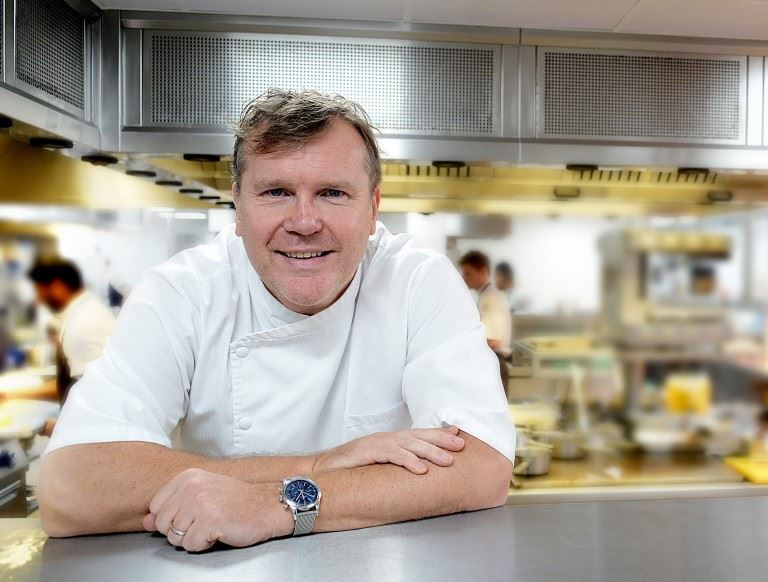 And this brings me to the Algarve, an area which Sunvil ignored for many years as a result of its image but in which we are now showing an increasing interest as we are discovering an alternative Algarve which we shall be highlighting over the months to come. The Algarve, tiny compared to the Costa del Sol, has more Michelin Stars – two 2-star restaurants and three with one star. The Northcote magazine carries a very informative article by Bruce Hawker which lists the best restaurants in the region – and, with the current strength of sterling, Portugal gives incredible value for money.

Northcote is only a 55 minute drive from Manchester Airport. Why not end your holiday with an overnight and dinner in one of the UK’s top 100 restaurants? (in fact, number 24 in 2014-2015!) 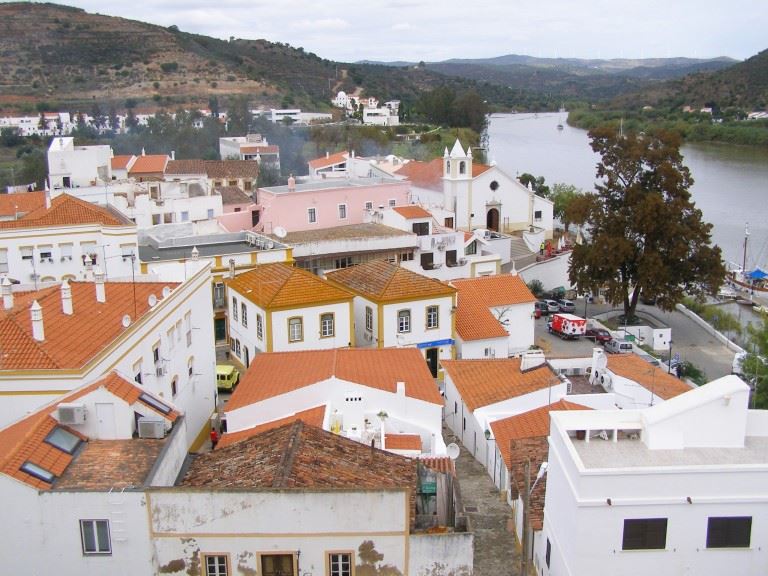 Travel to and within Europe from 01Jan21 Booking a holiday IS legal Peace of Mind Promise for 2022 Happy New Year from the Sunvil family Subbetica - the home of award winning olive oil All for the love of travel | 8 reasons to visit Cyprus this autumn
All for the love of travel | A warm welcome at the Axiothea awaits All for the love of travel | Our 50th birthday All for the love of travel | Looking forward All for the love of travel | My most memorable trip - Noel Josephides All for the love of travel | Noel Josephides Travel to a lesser-known destination with Sunvil and get more 'bang for your buck' Gigantes and grilled lamb - a real taste of the southern Peloponnese Kalamaki Villas: The perfect choice for a comfortable and relaxing holiday in the real Greece No-deal warning: don’t go on holiday after March 29 2019 | Sunvil's response Introduction to Castilla y Leon Spring and Easter in the beautiful Peloponnese Project Kalamaki Villas in Chrani Noel's trip to Uruguay and Argentina Why now is a good time to go to Greece The truth behind the headlines: Migrants in Greece Reviving the Olympic Spirit – the Nemean Games 2016 The Alternative, Real Algarve The latest financial shenanigans in Greece The Chilean Wilderness at its very best Celebrating 25 years of operating to the Azores Slaying Greek Myths Santiago de Chile The Atacama Desert Dot com or dot con? Don’t be a victim of holiday fraud Tolon revisted The little-known sites of Ancient Greece Stockholm: An affordable city break Who can you trust? The downside of flying on no-frills flights… The Revival of the Nemean Games EU referendum: What effect will the result have on your 2016 summer holiday? Paphos – European Capital of Culture 2017

February 2017 Sunvil Supper Club – Feijoada Choco Dot com or dot con? Don’t be a victim of holiday fraud Algarve beyond the beach resorts Sagres – the end of the world The Queen’s 90th Birthday: A Royal Visit February 2016 Sunvil Supper Club – Fish and Shellfish Cataplana
June 2016 Sunvil Supper Club – Octopus à lagareiro Houseboat rental on the Alqueva reservoir The Coronavirus | Airports Highlights of Central Portugal (Centro) A parting shot or two (to Faial). Part Four. Culinary delights of the Alentejo region of Portugal Marvao - a marvellous hilltop fortress All for the love of travel | My Azores - Sue John Discover the Alentejo: An Illustrated Map The Gentle Rhythms of the Alentejo Countryside- A guest blog by Benedict Allen EU referendum: What effect will the result have on your 2016 summer holiday? All for the love of travel | Looking forward Highlights of Aveiro – the Venice of Portugal Azores, Cascais and Lisbon – a family adventure by Emma Macfarlane Where to go on holiday in March Evora - my impressions of this beautiful city. Guest blog by Jo Rogers All for the love of travel | Portugal Highlights of Lisbon All for the love of travel | Our 50th birthday Spring forward to one of our many favourite destinations in 2018 All for the love of travel | Family time in the Algarve All aboard! Sunvil’s top 8 railway journeys throughout Europe and Latin America.  Where to go on holiday in June Portugal... what not to miss Aldeia da Luz: The village that moved Where to go on holiday in October Mertola and the Mina de Sao Domingos Our top five scenic fly-drive holidays Notes from the field – Northern Portugal Illustrated Map: The Wine Growing Regions of Portugal The most westerly island of Europe: Flores, a hiker’s paradise Climbing Pico, Portugal’s highest mountain The Coronavirus | The latest news and advice Alentejo for foodies The Alternative, Real Algarve Extremadura - a hidden treasure in western Spain bordering Portugal The Rota Vicentina Whale & lava wine… Pico Island. Part Three. Booking a holiday IS legal Green means go. Amber means...? Read more inside The Algarve – Our Top 10 Cultural attractions Pastel de Nata – more than just a dessert All for the love of travel | Dreaming of our post-lockdown travels Tips for travelling post-lockdown Exploring the Douro Valley in Portugal Where to go on holiday in January Top 7 attractions of the Azores The Azores and their long connection with cheese All at Sea... looking for leviathans. Part Two. 10 things you didn’t know about the Azores Notes from the field – the Algarve Put quite simply the Azores are stunning A look forward to summer 2021 Discover the real Madeira Highlights of the Algarve Alentejo for Culture Vultures The Alentejo - hidden Portugal Alentejo - Guest Blog by Mary Novakovich Where to go on holiday in July Travel to and within Europe from 01Jan21 Highlights of Northern Portugal Alentejo Wine routes The Coronavirus | Portugal Portugal Passenger Locator Card Our top 5 destinations for wine lovers