Algarve beyond the beach resorts 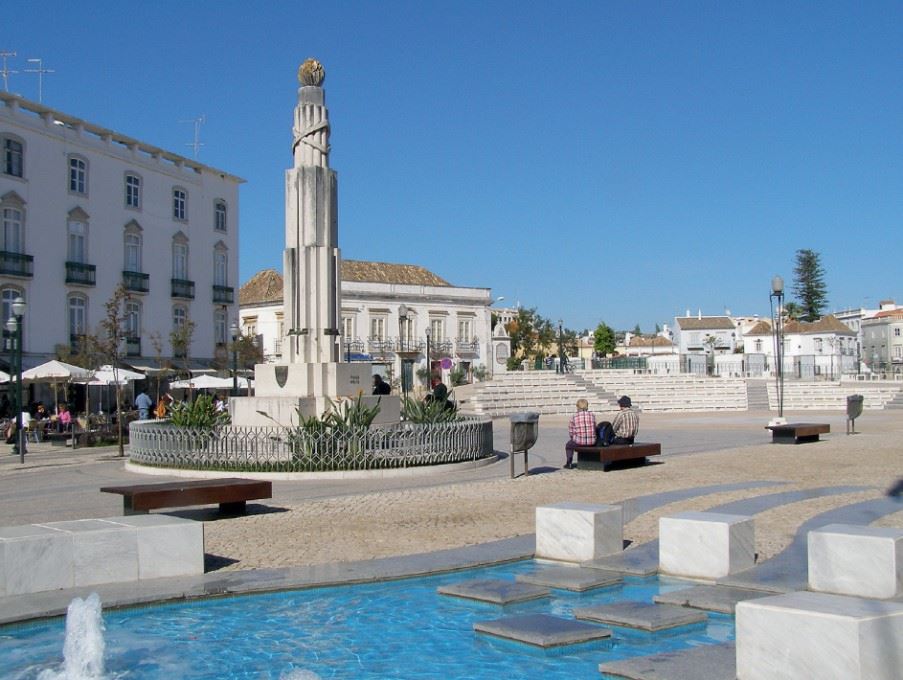 While hundreds of thousands of holidaymakers flock to the Algarve every year, there’s a lot more to this region of southern Portugal than simply the great beaches for which it’s so well known. The towns and village of the Algarve offer a fascinating blend of history, culture and local cuisine. With competitive flights servicing the region’s busy airports, the Algarve is an attractive option for those wishing to get under the skin of a region at a gentle pace.

Here are a few of our highlights of the Algarve:

Tavira is a laid-back town which has managed to preserve its charm despite recent development. Historical treasures include the 11th-century Castelo de Tavira, built on the site of a Phoenician fortress; the 13th-century Igreja de Santa Maria do Castelo, built over an earlier mosque and holding the tombs of seven Christian knights; and the 16th-century Igreja da Misericordia with its carved doorway and captivating set of azulejo tiles.

Most visitors use Faro as little more than an entry point to the Algarve, but there are plenty of reasons to stick around and take a closer look. The medieval walls of the town enclose a picturesque old town, blessed with attractive churches and cobbled squares, as well as several theatres and a good selection of cafés and restaurants. The municipal museum is housed in the Convento de Nossa Senhora da Assunção in what was once the town’s Jewish quarter. Just outside Faro is the Ria Formosa Natural Park, a set of tranquil lagoons and beaches which are ideal for hiking, biking and birdwatching (the wetland is an important habitat for many species including flamingos, buzzards and kingfishers).

A few miles in from the coast, this medieval town is dominated by its Moorish fortress. It was the under Moorish rule that Loulé grew into a major trading town, and there are still signs of the Moorish legacy; look out for the bell tower of the Igreja São Clemente, which was originally a minaret. The weekly gypsy market on Saturdays attracts many visitors, and the town is known for its handicrafts; you can find artisan workshops scattered around the town.

Another important town under Moorish rule, Silves is home to the impressive Castelo de Silves, while the cathedral is one of few surviving gothic churches in the region. The town is well known as a centre for local citrus fruit and cork production, and its setting on the banks of the Rio Arade makes it a pleasant place to explore for a morning.

Set in the wooded hills of the Serra de Monchique, this pretty market town is made of whitewashed houses and narrow cobbled streets. It’s very popular as a base for hiking, horse riding and cycling in the surrounding countryside. Monchique is also known for its honey, as well as medronho, a potent spirit made from the fruit of the medronho tree (also known as a strawberry tree).

This town at the south-west tip of Portugal has a rich maritime history and boasts fabulous views across the coast. Visitors inevitably end up at the picturesque harbour, while the town’s 15th-century fortress stares out over the dramatic cliffs; Prince Henry the Navigator set up his navigation school here. The Cape of Sao Vicente, the most south-western point of mainland Europe, is barely 4 miles from the town.

Many of the places mentioned here are included in Sunvil’s 7-night The Real Algarve itinerary.

Travel to and within Europe from 01Jan21 February 2017 Sunvil Supper Club – Feijoada Choco Dot com or dot con? Don’t be a victim of holiday fraud Highlights of Northern Portugal Sagres – the end of the world The Queen’s 90th Birthday: A Royal Visit
February 2016 Sunvil Supper Club – Fish and Shellfish Cataplana June 2016 Sunvil Supper Club – Octopus à lagareiro Houseboat rental on the Alqueva reservoir The Coronavirus | Airports Highlights of Central Portugal (Centro) A parting shot or two (to Faial). Part Four. Culinary delights of the Alentejo region of Portugal Marvao - a marvellous hilltop fortress All for the love of travel | My Azores - Sue John Discover the Alentejo: An Illustrated Map The Gentle Rhythms of the Alentejo Countryside- A guest blog by Benedict Allen EU referendum: What effect will the result have on your 2016 summer holiday? All for the love of travel | Looking forward Highlights of Aveiro – the Venice of Portugal Azores, Cascais and Lisbon – a family adventure by Emma Macfarlane Where to go on holiday in March The Michelin Star of the North Alentejo Wine routes The Coronavirus | Portugal Evora - my impressions of this beautiful city. Guest blog by Jo Rogers All for the love of travel | Portugal Highlights of Lisbon All for the love of travel | Our 50th birthday Spring forward to one of our many favourite destinations in 2018 All for the love of travel | Family time in the Algarve All aboard! Sunvil’s top 8 railway journeys throughout Europe and Latin America.  Where to go on holiday in June Portugal... what not to miss Aldeia da Luz: The village that moved Where to go on holiday in October Mertola and the Mina de Sao Domingos Our top five scenic fly-drive holidays Notes from the field – Northern Portugal Illustrated Map: The Wine Growing Regions of Portugal The most westerly island of Europe: Flores, a hiker’s paradise Climbing Pico, Portugal’s highest mountain The Coronavirus | The latest news and advice Alentejo for foodies The Alternative, Real Algarve Extremadura - a hidden treasure in western Spain bordering Portugal Portugal Passenger Locator Card The Rota Vicentina Whale & lava wine… Pico Island. Part Three. Booking a holiday IS legal Green means go. Amber means...? Read more inside The Algarve – Our Top 10 Cultural attractions Pastel de Nata – more than just a dessert All for the love of travel | Dreaming of our post-lockdown travels Tips for travelling post-lockdown Exploring the Douro Valley in Portugal Where to go on holiday in January Top 7 attractions of the Azores The Azores and their long connection with cheese All at Sea... looking for leviathans. Part Two. 10 things you didn’t know about the Azores Notes from the field – the Algarve Put quite simply the Azores are stunning A look forward to summer 2021 Discover the real Madeira Highlights of the Algarve Alentejo for Culture Vultures The Alentejo - hidden Portugal Alentejo - Guest Blog by Mary Novakovich Where to go on holiday in July Our top 5 destinations for wine lovers