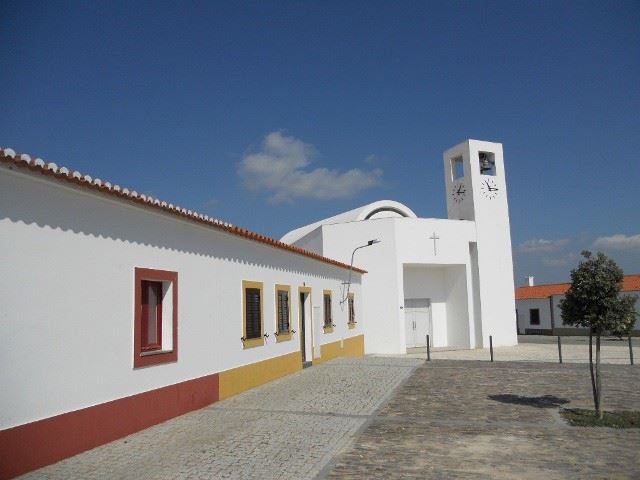 Walk through the streets of the average Portuguese village during the day and you may wonder if the place has been abandoned. In the intense summer heat it seems most people shelter away from the sun inside the white-washed walls of their homes until the early evening, when the main square becomes a hive of social activity.

Wander into the tiny village of Luz on the banks of the Alqueva Lake in the Alentejo region of Portugal and the daytime emptiness hides a rather unique story. The modern houses give a clue that there’s something different about this village, but its real secrets (and many generations of history) can never again be discovered by taking a simple stroll. The reason for this eternal mystery is found in the lake; it is here that the old village lies submerged, flooded by the waters of Europe’s largest man-made lake less than 10 years ago.

When the reservoir was planned the government faced a tough decision. The old village of Luz was below the proposed water-line of the planned reservoir, but the benefits that the project would bring were such that the village could not be spared. Would they relocate people to the nearest town? Perhaps disperse the 300-odd residents around the local villages? After consultation with the villagers the authorities undertook what is considered to be a unique resettlement plan: they rebuilt Luz a couple of kilometres away on higher ground. 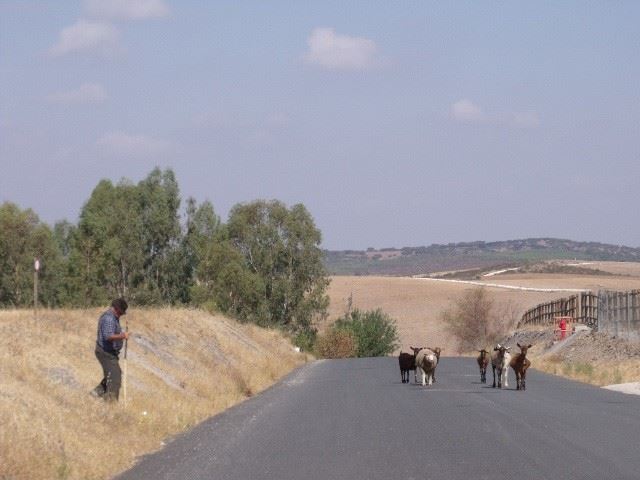 Those who had a house would get another, with the same amount of land. People would live next to their old neighbours where possible, although the road layout was modernised. And the church, the social hub of the village for generations, would be rebuilt with the important relics moved across to the new structure. Even the cemetery would be relocated, a traumatic process for many people and one that needed to be carried out with the utmost sensitivity.

People moved into the new Luz in November 2002 and the old buildings were destroyed before the waters of the lake claimed them forever. You can follow the line of a road to the south of the village as it drops into lake, emerging in the distance – a visible sign that things were not always as they now appear.

Thankfully the memories of old Luz, and of the whole process of moving a village, were captured on film and can be seen at the excellent museum at the edge of the village. The museum contains ethnographic exhibits from traditional life in Luz, but without doubt the highlight is the film that follows a dozen or so villagers as they prepare for the move, say goodbye to their old homes and move reluctantly to the new village. It is a film that is guaranteed to tug at the heartstrings, as it captures perfectly the emotions and losses faced by people whose families had owned those homes for hundreds of years. One old man laughs with sadness when he is told that the authorities will replace his fruit trees by planting new ones: “What’s the use? I wouldn’t be here to pick the fruit!” A schoolgirl, wise beyond her years, observes that “Everything happened at once so that it would seem nothing had changed.” 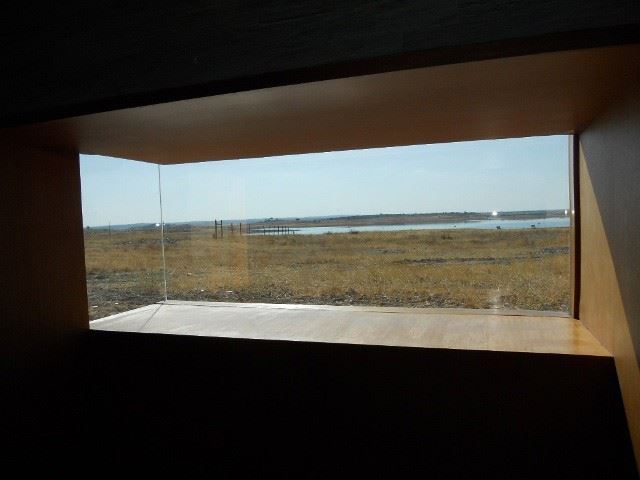 You can visit the Museu Da Luz while renting a houseboat on the Alqueva lake. There’s a marina around 1km from the village. Alternatively Luz is easy to reach by car, being only 5km from Mourao and around an hour’s drive from Evora. The museum is closed on Mondays.

Travel to and within Europe from 01Jan21 February 2017 Sunvil Supper Club – Feijoada Choco Dot com or dot con? Don’t be a victim of holiday fraud Highlights of Northern Portugal Algarve beyond the beach resorts Sagres – the end of the world
The Queen’s 90th Birthday: A Royal Visit February 2016 Sunvil Supper Club – Fish and Shellfish Cataplana June 2016 Sunvil Supper Club – Octopus à lagareiro Houseboat rental on the Alqueva reservoir Highlights of Central Portugal (Centro) A parting shot or two (to Faial). Part Four. Culinary delights of the Alentejo region of Portugal Marvao - a marvellous hilltop fortress All for the love of travel | My Azores - Sue John Discover the Alentejo: An Illustrated Map The Gentle Rhythms of the Alentejo Countryside- A guest blog by Benedict Allen EU referendum: What effect will the result have on your 2016 summer holiday? All for the love of travel | Looking forward Highlights of Aveiro – the Venice of Portugal Azores, Cascais and Lisbon – a family adventure by Emma Macfarlane Where to go on holiday in March The Michelin Star of the North Alentejo Wine routes Evora - my impressions of this beautiful city. Guest blog by Jo Rogers All for the love of travel | Portugal Highlights of Lisbon All for the love of travel | Our 50th birthday Spring forward to one of our many favourite destinations in 2018 All for the love of travel | Family time in the Algarve All aboard! Sunvil’s top 8 railway journeys throughout Europe and Latin America.  The Coronavirus | Airports Where to go on holiday in June Portugal... what not to miss Where to go on holiday in October Mertola and the Mina de Sao Domingos Our top five scenic fly-drive holidays Notes from the field – Northern Portugal Illustrated Map: The Wine Growing Regions of Portugal The most westerly island of Europe: Flores, a hiker’s paradise Climbing Pico, Portugal’s highest mountain Alentejo for foodies The Alternative, Real Algarve Extremadura - a hidden treasure in western Spain bordering Portugal Portugal Passenger Locator Card The Rota Vicentina Whale & lava wine… Pico Island. Part Three. Booking a holiday IS legal Green means go. Amber means...? Read more inside The Algarve – Our Top 10 Cultural attractions Pastel de Nata – more than just a dessert All for the love of travel | Dreaming of our post-lockdown travels Tips for travelling post-lockdown The Coronavirus | Portugal Exploring the Douro Valley in Portugal Where to go on holiday in January Top 7 attractions of the Azores The Azores and their long connection with cheese All at Sea... looking for leviathans. Part Two. 10 things you didn’t know about the Azores Notes from the field – the Algarve Put quite simply the Azores are stunning A look forward to summer 2021 Discover the real Madeira Highlights of the Algarve Alentejo for Culture Vultures The Alentejo - hidden Portugal Zambujeira do Mar: the delights of Portugal’s Alentejo Coast The Coronavirus | The latest news and advice Alentejo - Guest Blog by Mary Novakovich Where to go on holiday in July Our top 5 destinations for wine lovers