Sagres – the end of the world 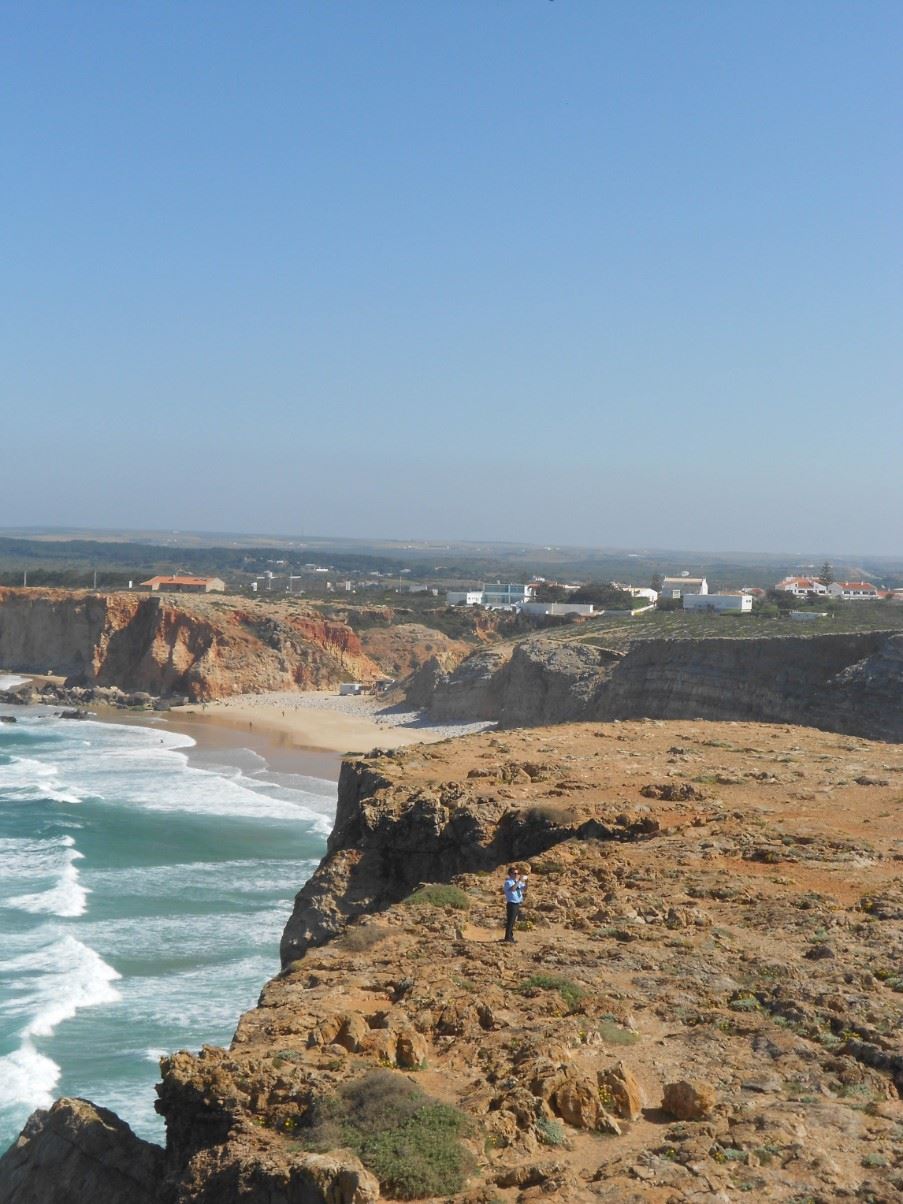 If you stand at Capo de Sao Vicente, the most southwestern point of mainland Europe and a breezy 3- mile walk from the town of Sagres, you’d be forgiven for thinking you were at the end of the world. After all, back in the days before the great explorers, Europeans believed there was nothing beyond the horizon at Capo de Sao Vicente, and that when the sun set each night it disappeared into a pool of fire. While much may have changed since those times, the windswept cliffs and crashing waves provide the same sense of remoteness as they did back in the 15th century, and are a world away from the Algarve with which many British visitors are familiar.

The waves and the rocky shoreline around Sagres attract surfers, walkers, and nature lovers who come to spy the dolphins which often frolic in the warm summer waters. But in years gone by this region was a hotbed of maritime innovation and technology. It was in Sagres that Prince Henry the Navigator set up Portugal’s first school of navigation, in a race to beat their great Spanish rivals to the New World. Explorers such as Pedro Alvares Cabral and Vasco da Gama, both of who would go on to claim territories far and wide for the Portuguese crown, passed through the school in Sagres.

The links between Sagres and Portugal’s great maritime heritage will always be strong, although if truth be told there isn’t as much as you might expect for history buffs to explore in and around the town. Old Sagres was badly damaged by an earthquake and the modern town was largely built in the 1960s. There’s one road of note which runs from the town square to the busy little harbour. The influx of surfers has created a relaxed vibe to Sagres, with laid-back cafes and bars dotted between the whitewashed holiday villas. Life in the town revolves around the square and you’ll rarely find anyone in much of a hurry.

There are two points of interest for visitors to Sagres, and both are unsurprisingly linked to the town’s maritime history.

This bleak stone fortress is now mainly a good place from which to look out over the town, the waves, and the coastline as it runs down to Cabo de São Vicente. But legend has it that it is the site of Prince Henry the Navigator’s famous school. The main defensive wall is to the south – the other sides are guarded more than effectively by the foreboding cliffs. Visitors who pay the modest admission fee will find that the main attraction is the walk along the cliffs, although there is also a modern auditorium with a film (English subtitles) telling the story of the town and how it played a role in Portugal’s global domination. 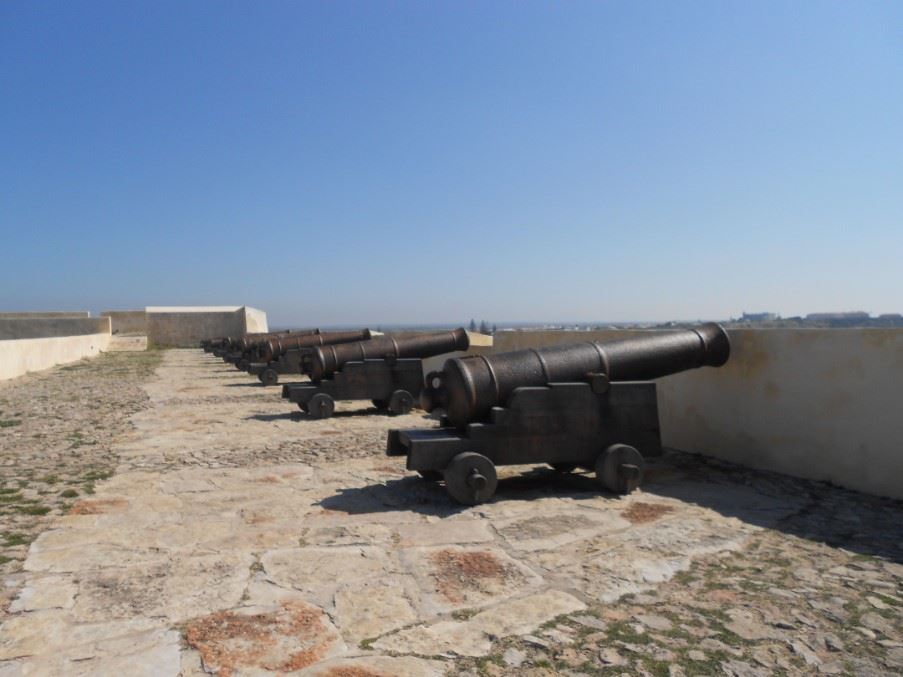 This was once the last sight of land that sailors would see as they looked back nervously at the start of their epic journeys. It’s suitably barren, although there’s a lighthouse and the remains of a convent which now house a cafe and a shop. It’s a popular place to come for a stroll and watch the sun as it finally sets on our continent. 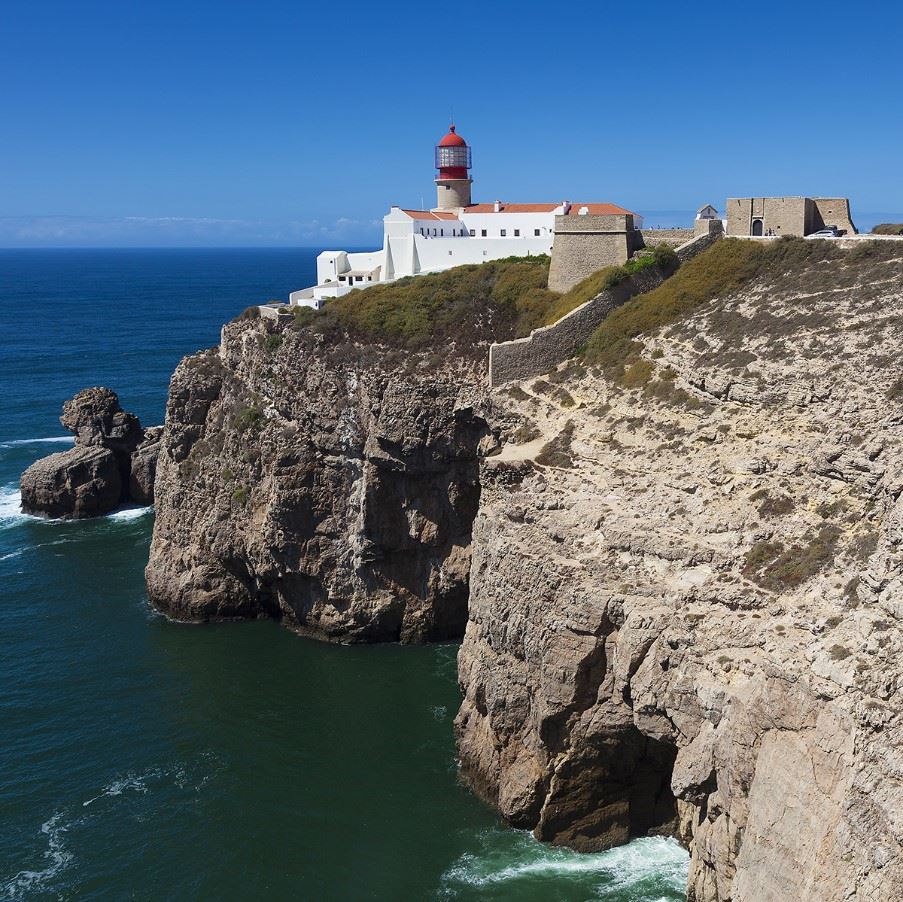