A short drive from the Portuguese capital, Lisbon, is a deeply rural, fascinating area of countryside, full of wild flowers, cork forests, rolling hills, small hilltop villages built from ancient stone, vistas across a huge man-made lake where you can stay on a houseboat, canoe or windsurf, and a wild coast with hundreds of bays and beaches, with views to the west and wonderful sunsets. 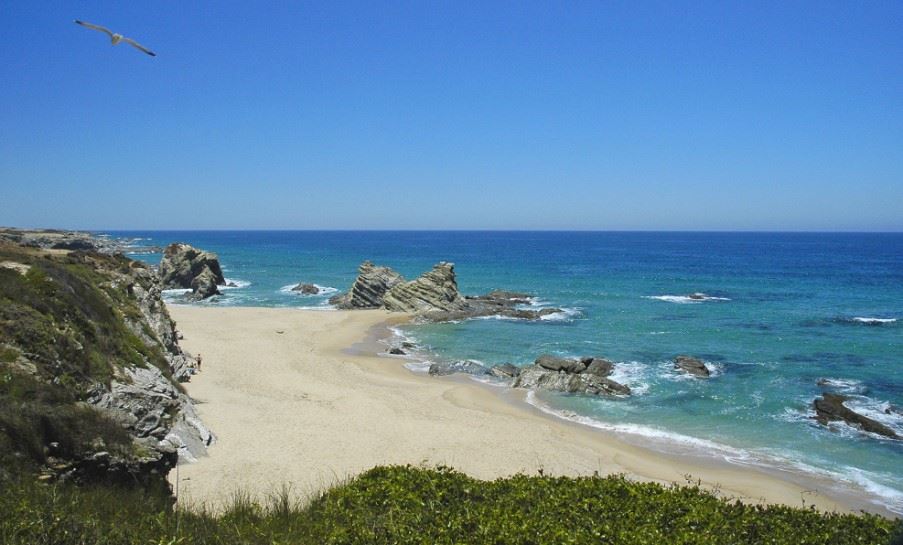 Fresh air – there’s no pollution – views in all directions that are devoid of crowds and traffic, and some of the best wine and food in Europe – at budget-boosting prices.  Where is this visitor heaven?!

It’s the Alentejo (the name means “the region below the River Tagus”).  The Portuguese pronounce their “j”s, unlike the Spanish, so the word is pronounced “Alen-tay-joe”:  think Jose Mourinho, a well-known Portuguese, whose “j” is also pronounced.

This region makes up a third of the land mass of Portugal, has just 6% of the population and produces 46% of Portugal’s wine, now increasingly recognised as top-notch on the world wine stage.  You can drive for an hour or more without seeing more than a few tractors and a handful of cars, through delightful countryside that begs to be photographed.  Storks nest on telegraph poles and in trees, their huge messy nests forming homes for many much smaller birds in the massive structure beneath where the storks’ offspring themselves – usually just one or two white, very large chicks – sit; whole communities of sparrows enjoy social housing courtesy of the storks’ largesse.  This is a photographer’s dream – fields of sunflowers, huge cork forests, roads lined with tall, silvery-leaved eucalyptus trees, and olive groves – with something to catch the eye at every turn, all backed by sunshine and bright blue skies from February (when temperatures on the beaches can reach 26°C) to November.

Aqueducts, largely intact, built by the Romans to supply water to their towns, massive fortified castles and beautiful marble pavements and fountains testify to the wealth that this region enjoyed in times gone by.  Portuguese explorers brought wealth back to their home country – spices, silks and styles of cuisine that are still echoed on today’s menus, plus the funds with which to create new building styles to celebrate their return.  Manueline columns – sinuous curves replicating the ropes used on their ocean-going galleons – are just one such echo of the past. 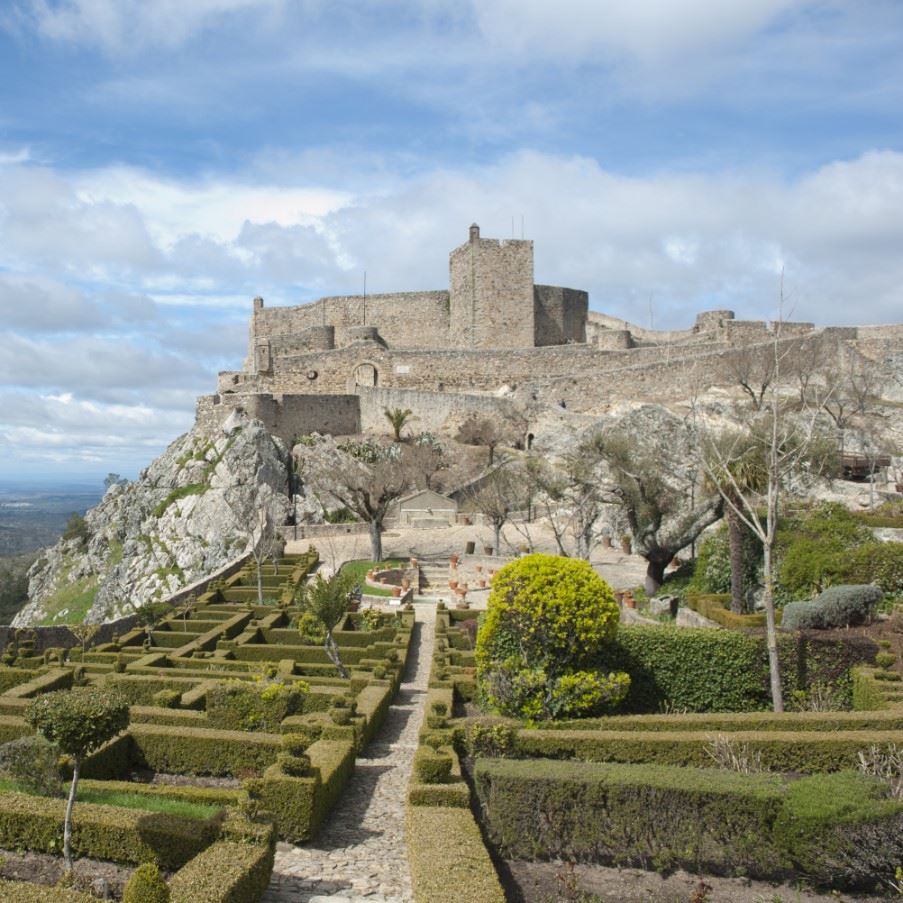 The cultural offering of the Alentejo is huge and spans 7,000 years, from prehistory (visit the huge stones, hundreds of them, just outside the ancient walled city of Evora, just 75 minutes from Lisbon – they were discovered only in 1966, just 51 years ago, despite being one of the largest groups of such structures in Europe) through Roman, Moorish and Knights Templar times.  Evidence of previous visitors, long since departed, can be seen in all the small towns and villages, many perched on hilltops for safety, whose cobbled streets and stone walls remain, and where sitting outside in the sunshine, people watching, is a happy and relaxing pastime to enjoy.

Ancient crafts are still practiced – from carpet making by hand, using old weaving looms, to pottery, to which whole villages are devoted.  Cork is hand-harvested, and used for a wide range of goods, from bracelets fashioned from cork to umbrellas.  Astonishingly, cork from 46 specially-selected Alentejo cork oak trees was used to insulate the space shuttle on re-entry into earth’s atmosphere; it’s one of the materials with the best insulating properties known to man, and its light weight-to-insulation ratio made it ideal for this important role. 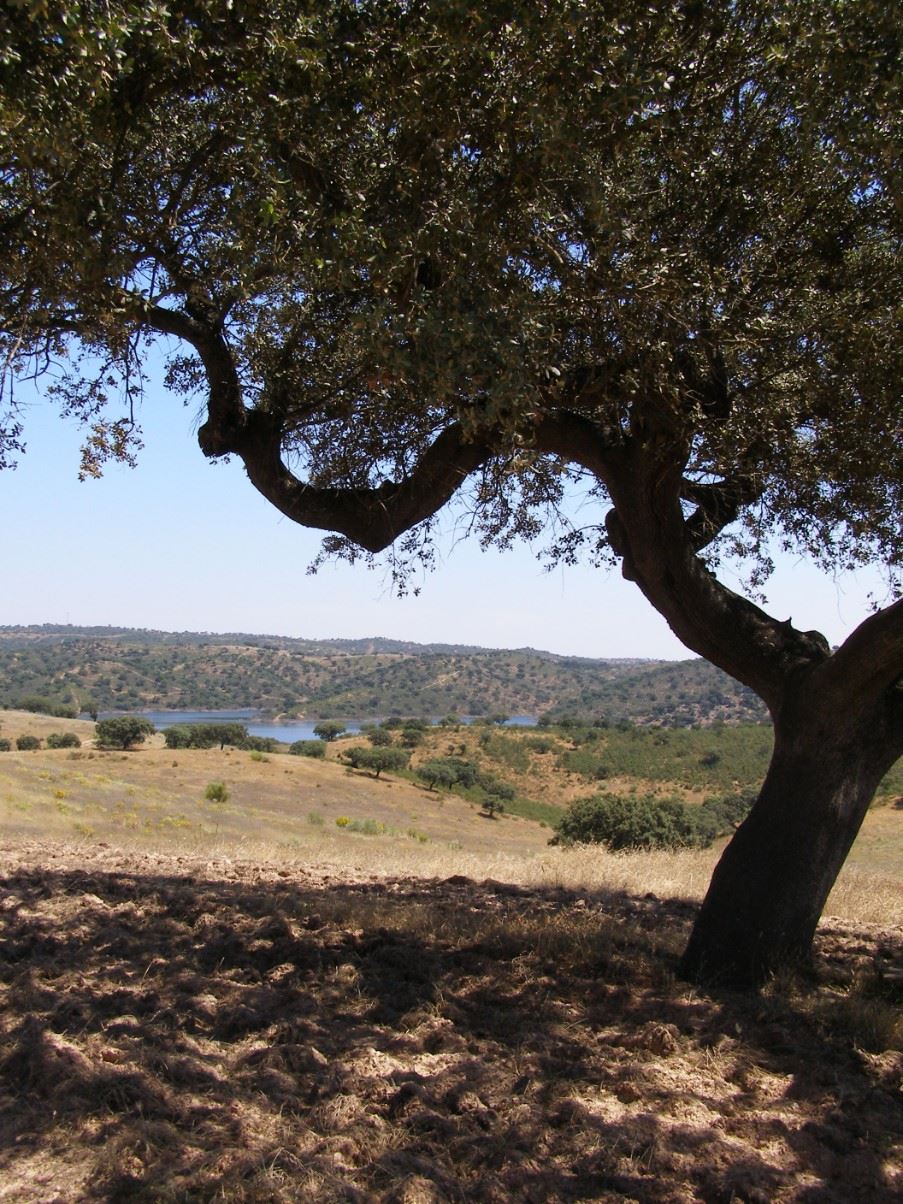 The beaches of the Alentejo will claim your heart – white sand, pristine and largely deserted, with hundreds of little bays to explore – while the Dark Skies of the region are reason alone to visit, with the Milky Way and millions of stars to gaze at; we forget just how wonderful the night skies are, and how little of them we see from large tracts of the UK.  In the Alentejo, there is very little light pollution to hide the constellations from the naked eye.

The active will love the wide choice of outdoor pursuits – from gentle walking on waymarked paths to cycling, hot air ballooning, horse riding, surfing and stand-up paddle boarding, canoeing in both river estuaries and upriver, birdwatching and much more.  The Alentejo provides food for the mind, soul and body – it’s a charmingly relaxed place with no stress; the perfect antidote to our busy lifestyles in the UK. 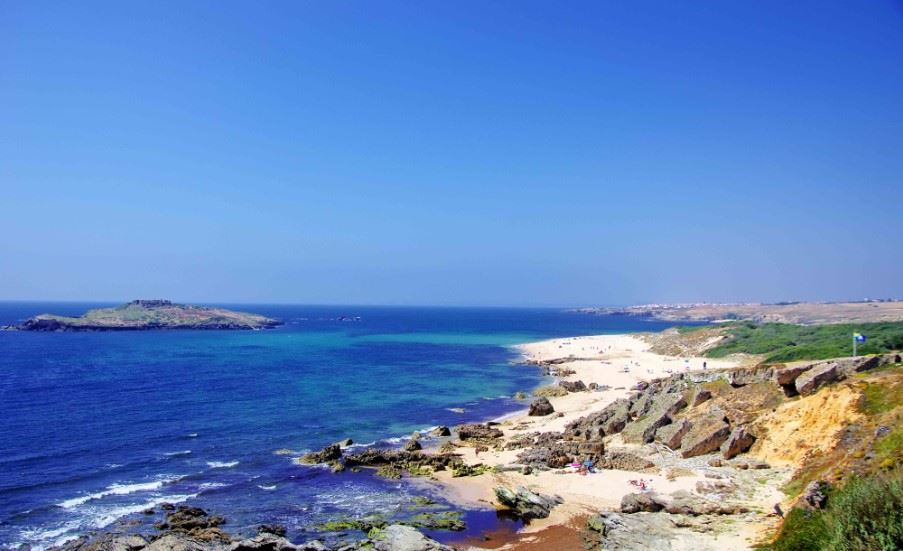 For further information on this fascinating region and a range of suggested holiday itineraries, please browse our website.