7 Facts about the Northern Lights 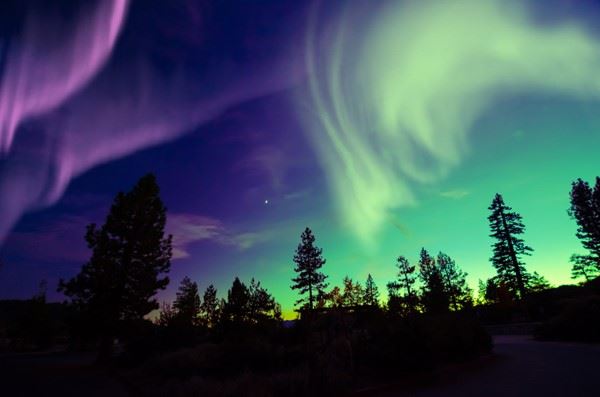 1. What are the Northern Lights?

“High energy protons and electrons spill over into our atmosphere; they get through our magnetic shield where it’s weak, at the poles.”

“I don’t care what causes it… it’s still beautiful.”

Fans of the 1980s film Local Hero might recognise the quote, but most who have been fortunate to witness the northern lights will agree that when standing mesmerised under a multi-coloured shimmering night sky, scientific explanations seem of little importance. But yes, high energy particles ejected from the sun and carried by strong solar winds into our atmosphere.

2. And the Aurora Borealis?

The aurora borealis is the scientific name given by Galileo to the Northern Lights. Aurora was the Roman goddess of dawn while borealis is the Greek word for northern wind. There’s an equivalent Southern Lights phenomenon (aurora australis), although far fewer people see these as most of the area where the lights are visible is on the Antarctic continent.

3. Where can the Northern Lights be seen?

The best place to view the lights is at a latitude of around 70 degrees north. This area encompasses much of northern Scandinavia (Swedish Lapland and Tromso, Norway included), as well as northern Canada, Alaska and thousands of miles of Siberian wilderness. The sighting areas are not set in stone; when there’s a strong aurora, the lights can be seen in northern Scotland and on very rare occasions, across the whole of the UK and even France. But for the highest likelihood, northern Scandinavia is your best bet.

4. When can I see the Northern Lights?

Whenever the sky is dark enough. The solar winds take no notice of whether it’s winter or summer, day or night. But it’s very hard to see the lights even in twilight so in northern Scandinavia, the Land of the Midnight Sun, the Northern Lights are only seen from late-August to early-April, with the winter months offering the best viewing prospects. Light pollution also decreases the chances of seeing the lights, so getting away from city lights is very important.

5. Can I photograph the Northern Lights?

There are many incredible photos of the Northern Lights and they understandably attract a lot of admiration. It’s not difficult to get a good photo, but you will need to be prepared. A tripod is essential and extra batteries are advisable as in the extreme cold (it’s almost always cold when viewing an aurora) battery life drops rapidly. Here’s a very handy guide to photographing the Northern Lights which is well worth reading if you’re planning to take photos.

6. Haven’t we missed the best time to see the Northern Lights?

Solar activity goes through 11-year cycles of activity and the last peak was in 2012-13. This is good news for 2014-15 as it means that we’re still near to the peak, but in reality you can see spectacular displays of the Northern Lights in any year and they can appear with very little advance notice. If you’re in northern Scandinavia under a dark clear sky, you’re always in with a chance.

7. I don’t like the cold. Can I still see the Northern Lights?

Yes you can, but you’ll need to take a long-haul flight that takes a northerly route and make sure you’re sitting on the correct side of the plane (left window if flying East, right window if flying west). Look out once the cabin crew have turned off the lights at night and there’s a very high chance you’ll see an aurora in progress; it beats the typical in-flight movie, but it’s not the same as seeing them from the ground. 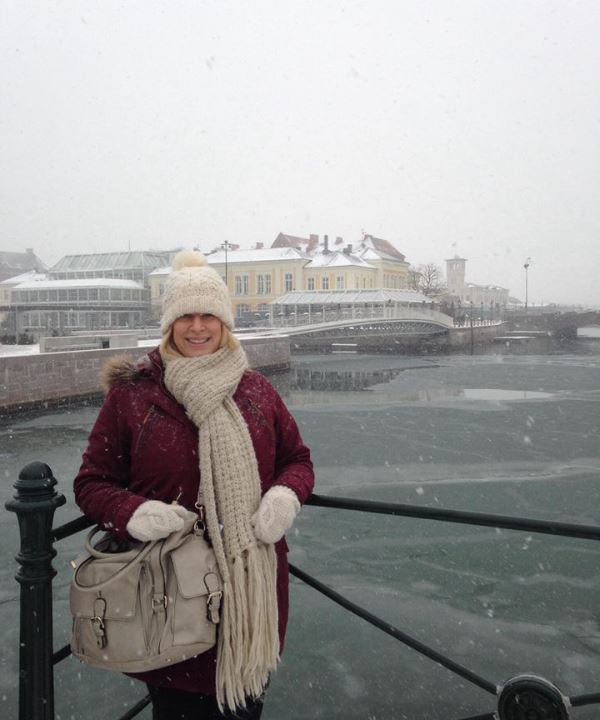 Other posts from Rebecca Staniford

Talk to our Scandinavia expert

Rebecca provides the important administrative backbone our European tailor-made programme, making sure the complicated documentation is in order and that everything goes out on time. She joined in 2013 from Lindt Chocolates but previously she had considerable travel experience with the specialist Magic Group of companies that were taken over by Thomson Holidays and before that with Holiday Hypermarket.