A walk in Thessaloniki’s Upper Town

Unlike Athens that shrank in importance after its heyday in antiquity, until its nineteenth-century revival as the capital of the modern Greek state, Thessaloniki has a continuous and glorious urban history. This is a town named after Alexander the Great’s sister and built by her husband, one of Alexander’s generals. The ancient Greek city is nearer the sea and hardly anything is left from it now. The Roman further up above is abutting the Rotonda. But if you really want to feel the glory that was Thessaloniki, leave the Rotonda behind you and start ascending Agiou Pavlou street like me. Slowly but surely you’ll notice the stretch of city walls still standing after a thousand years. When faced with a cul-de-sac – and you will, you will – retrace your steps and go up the next gentle gradient.

Curtain walls in the Upper Town 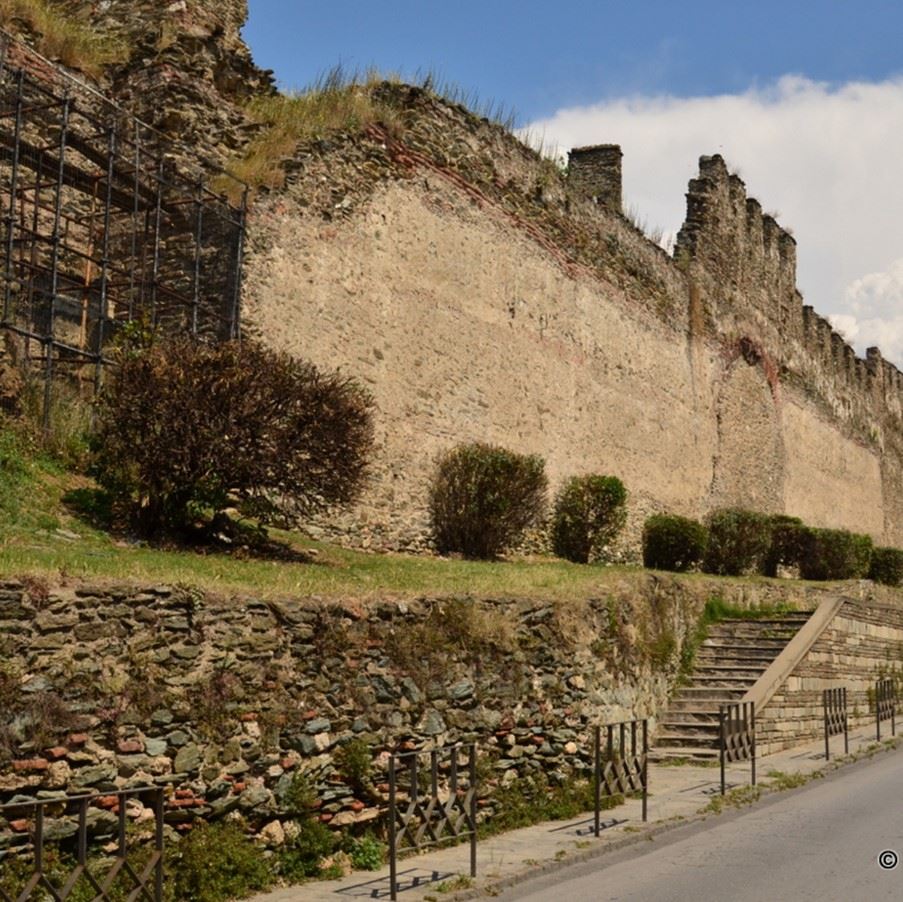 Anyway, your detour won’t have been in vain. You’ll have seen precariously standing, yet brightly painted houses, with window grills and thick wooden doors, their first-floor balconies suspended almost miraculously over the cobblestones. You may have encountered the occasional Parisian-looking streetlamp. You will definitely have heard birdsong, for the cypresses and plane trees harbour finches and nightingales. If you follow roughly the Eastern Wall you’ll end up, like me, at Plateia Trigoniou, where one of the largest Byzantine towers provides a challenge for the city’s youngsters who climb up in defiance of the “Danger” signs. 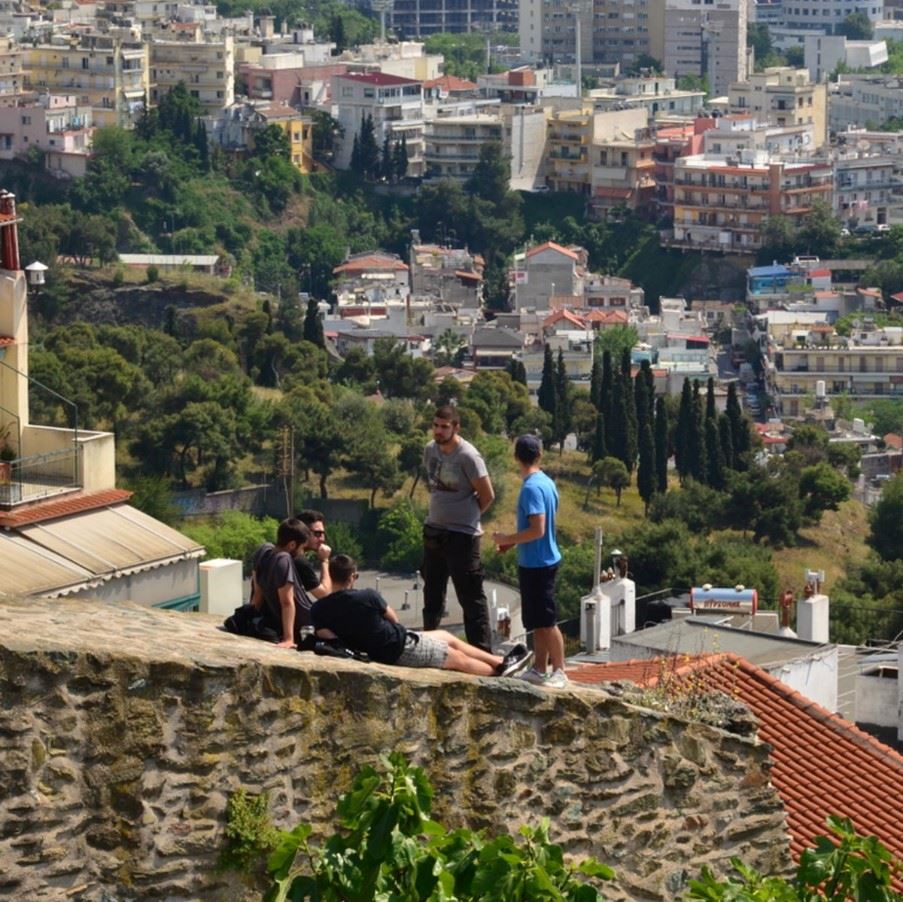 Next to it stands the narrow Empress Anna Palaiologos gate leading into the town’s Acropolis, the fortress that withstood countless sieges. Still, Thessaloniki was sacked three times in its history. The last time, in 1430, it was the Turks, and it was through this tower that they stormed the fort. I walk through the gate and I hear a tourist next to me read aloud a fourteenth-century inscription, still comprehensible in Modern Greek today: “This portal was erected on the orders of our holy and mighty Lady Anne Paleologos..” Below, there is a later graffiti carving in Hebrew: an unnamed man is declaring his love for Rebecca. Here they are, several centuries of history on one wall.

The Turks modified the central Acropolis tower and turned it into the Ottoman governor’s headquarters. It became a notorious prison in the nineteenth century and was only closed down in the late 1980s. When the Germans arrived in 1941, the open area east of the prison was used for executions. The bodies fell into the empty cistern that in times past supplied water to the Byzantine garrison. How differently people put existing features to use through the ages!

The Ottoman Efendis Hedquarters, once a prison inside the Acropolis 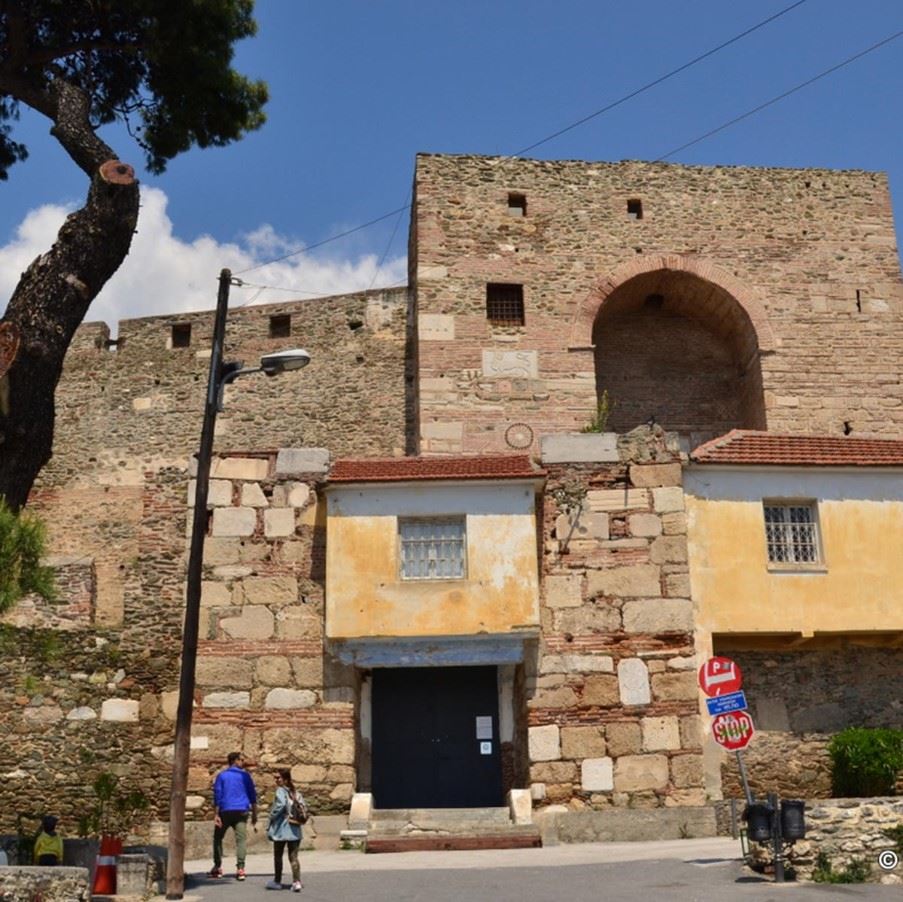 I walk south by the curtain walls, where large, embossed crosses fashioned out of coloured bricks invoked God’s help in defeating invaders. But some regular, vertical holes betray some parallel pragmatism. They were chiselled in to allow scaffolding in case the walls were damaged – more often by earthquakes than armies. God helps but sometimes God destroys and we must be ready for His mysterious ways.

The Curtain Walls promenade inside the Acropolis 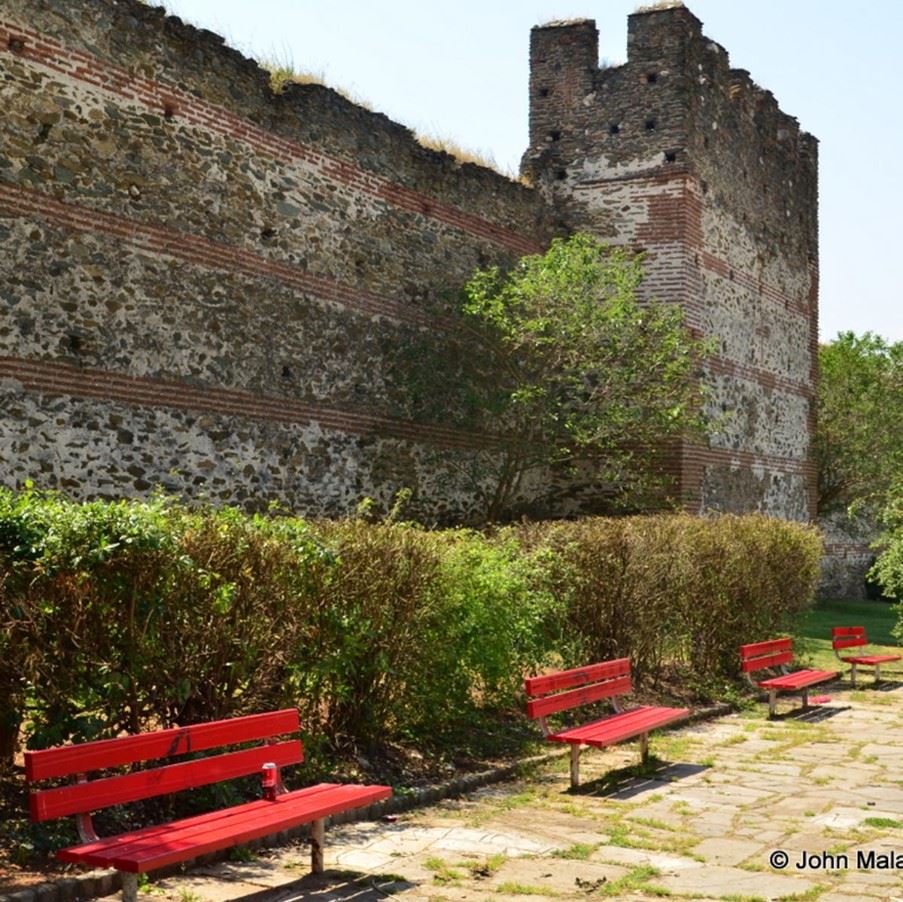 All along there’s a sad parade of empty dilapidated houses clinging to the walls like limpets. This part was repopulated by refugees from Asia Minor following the exchange of populations between Greece and Turkey in 1923. If you’re going to build a house, put it up against an existing wall and you’ll only have to erect another three sides, won’t you?

I finish my stroll at Moni Vlatadon, the only monastery still functioning in Thessaloniki and, like those on Mount Athos, under the direct authority of the Patriarchate in Istanbul. Founded in the 14th century, it was built by the Byzantines on a site where they could control the flow of water into the city.

Today I’ve come as a photographer, because the monastery’s immense courtyard has an incomparable vista towards Thessaloniki. It’s a clear day, and I can see all the way to Mount Olympus opposite the bay. Yet, I can’t help overhearing a guide next to me. Rumour has it that it was the monks who cut off the city’s water during the Turkish siege and forced its surrender. Yes, traitors are often needed to explain one’s shortcomings but the Turks did, indeed, confer many privileges to the monastery afterwards.

View from the Upper Town 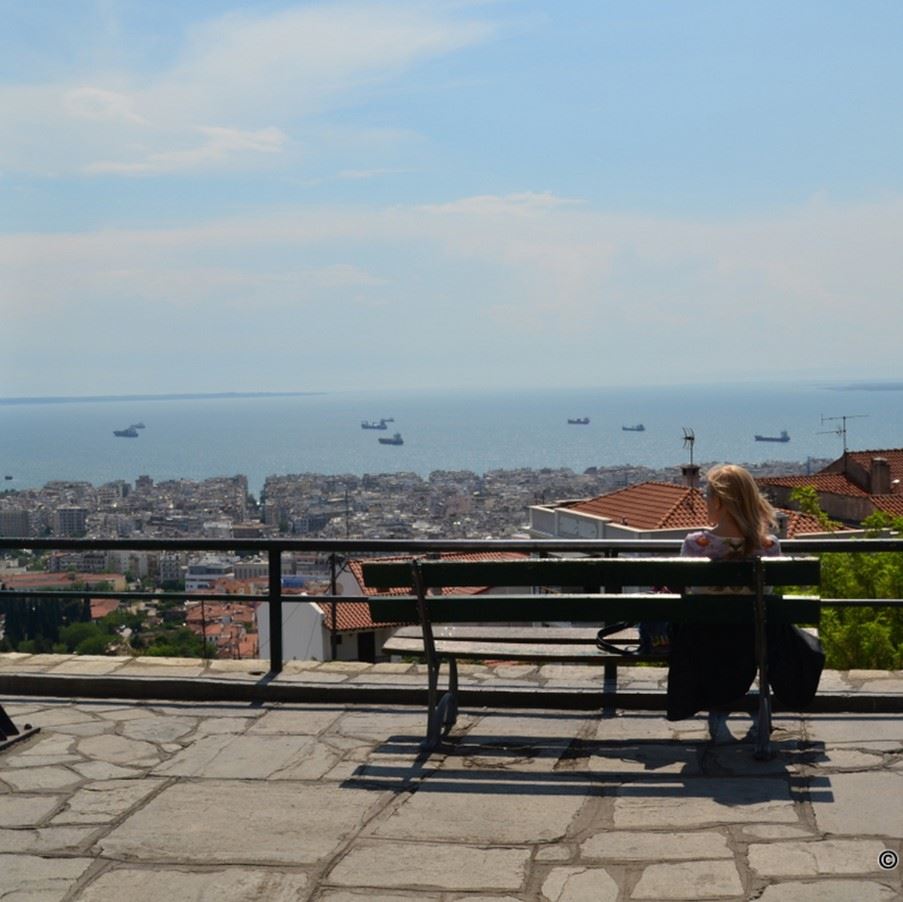 The higher up you walk in Thessaloniki, the deeper into the past you dwell…

Other posts from Neil Brassington

At Sunvil we run a very high risk business as we charter aircraft and we pay whether we fill the seats or not. Neil is our wheeler dealer. He monitors our load factors on the aircraft and matches the beds we have abroad with the availability of the seats on the aircraft. He also takes reservations when necessary and counts the Peloponnese as his first choice for a holiday.