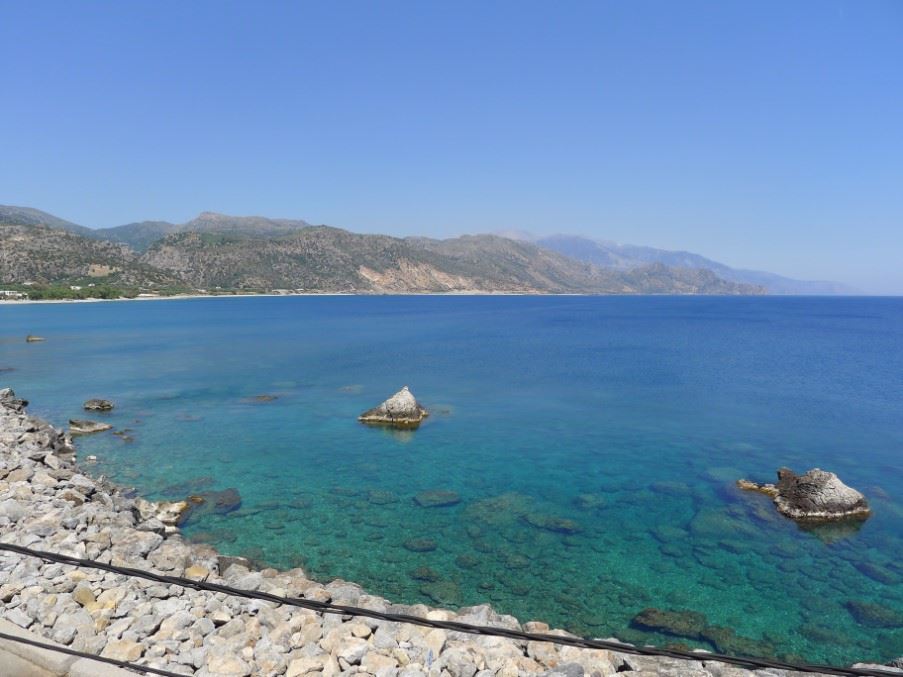 Running from the interior highlands to the remote coastal village of Agia Roumeli south coast, the Samaria Gorge is considered to be Europe’s longest ravine. It’s also a must-do activity for many keen walkers who come to Crete. I can certainly testify that the often ridiculously early start times for a hike through the gorge do not deter visitors – we had a 3am pick-up and by the time we started walking from Omalos in the half-light of the early dawn, a few busloads of walkers were tying up their boot laces and heading off in the same direction.

The Samaria Gorge is a long trail but technically not a difficult one. From Omalos the 16km trail follows a fairly gentle descent, first through wide open terrain before eventually reaching the most narrow, dramatic section of the gorge (known as ‘the Iron Gates’). The hike takes around 5 hours and a very early start is advised so that walkers miss out on the most intense heat of the day; the usual common sense advice (good footwear, plenty of water) applies. Agia Roumeli has a beach and a few tavernas and is a pleasant enough place to while away a few hours waiting for the boat to begin the return journey.
Walkers in Samaria Gorge 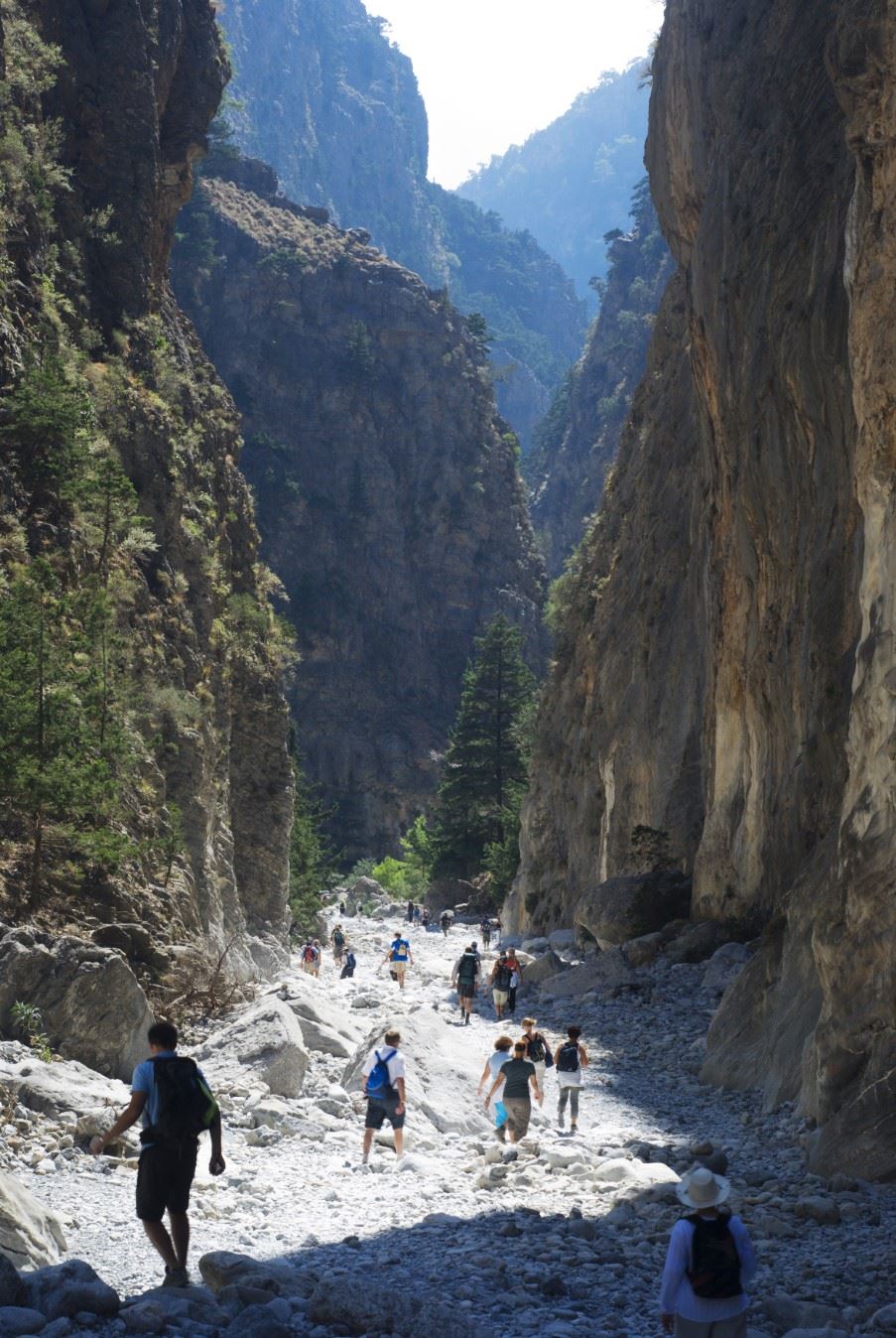 While the Samaria Gorge is without doubt Crete’s most popular walking route, it is certainly not the only option for those wanting to explore the south of the island on foot. Small villages on the southern coast such as Paleochora and Loutro are accessible only by boat or on foot, making them blissfully quiet (as far as traffic noise is concerned, at least). These intimate and laid-back places offer great bases for walking the surrounding hills and valleys, with day trips invariably involving some climbing and plenty of fabulous sea views. Transport between the villages along the south coast is by boat only. 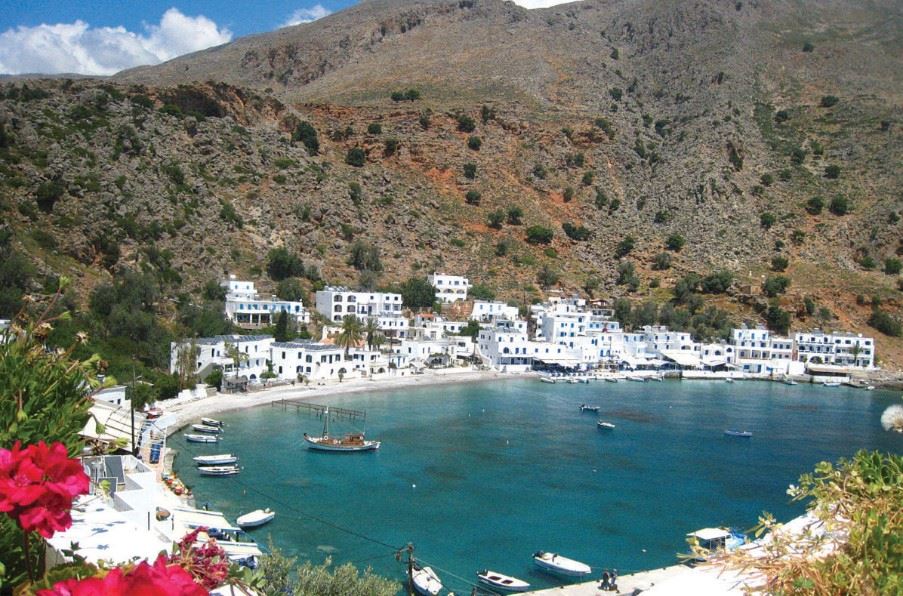 Keith Linton and Danny Staples have put together a ‘Walks Around Loutro’ book, and describe it as ‘a guide to ten thyme-scented walks on ancient limestone paths: graded from an easy evening stroll to a whole day adventure’. The book includes maps and photographs, and in an area where following a trail isn’t always the easiest of tasks, the book will no doubt be a valuable help to keen walkers.When you’ve given your feet a good workout but you still have energy to burn, hiring a kayak is a great way to explore the caves and secluded beaches along the southern coast. You may be lucky and spot some of the many dolphins swimming close to the shore.

Self-catering accommodation options in Paleochora include the Mimayia Apartments and the George Studios.
by Andy Jarosz