Island style: Luxury and boutique hotels in the Azores

Think of the Azores and your first image may be of rugged volcanic islands jutting from the ocean, or of pleasant walks in the sunshine along quiet lanes bordered by blooming hydrangeas. The islands’ laid-back nature has been traditionally reflected in its accommodation options, with comfortable hotels focusing on gentle, unobtrusive hospitality.

But things are changing, and for those wishing to experience a holiday in the Azores while enjoying a bit of sophistication and even pampering, there are a number of modern, stylish hotels to choose from. Here are 5 properties on the main island of Sao Miguel which are worth considering if you’re looking to spoil yourself in the Azores.

The first 5-star hotel in the Azores, The Azor Hotel opened for business in June 2016. A short walk from the markets and restaurants in the centre of Ponta Delgada, the hotel overlooks the marina and every room has a balcony with a sea view. The rooms are cosy and have a contemporary feel, with the layout designed to maximise the impact of the view from the floor-to-ceiling windows. There’s a restaurant of course, but the stand-out feature of the hotel is the rooftop bar and pool, allowing guests to swim or soak while taking in the views of the ocean and the city.

A tribute to interior design, this brand new boutique hotel in the pedestrianised centre of Ponta Delgada has been created by the famous Portuguese designer Andrade Silva. Housed in a restored old building and with plenty of classic, vivid Azorean blue and white decor, Casa Hintze Ribeiro takes its name from the local 19th-century politician who was born on the same street and who helped secure the Azores’ special autonomous status with the Portuguese motherland. There are only 22 apartments and all have kitchenettes, allowing guests to make the most of the fabulous local markets on their doorstep; some rooms include terraces. The hotel has a cosy library, a gym, and swimming pools for adults and children.

In a 17th-century building in the historical heart of Ponta Delgada, the Talisman Hotel was renovated and expanded in 2008. Its 57 rooms and suites are sleek and contemporary, with all the usual amenities (free Wi-Fi, safes, and tea and coffeemaking facilities). Some have balconies which overlook the main shopping street of the city. The hotel restaurant is well known for its Portuguese and seafood cuisine, and there’s a year-round heated rooftop swimming pool.

In the village of Furnas and surrounded by natural hot springs, themode Furnas Boutique Hotel is a stylish new hotel (opened in March 2015) which offers a chance to stay in a quiet setting and enjoy the natural spa facilities. Rooms and suites are rn but simple, while the polished restaurant focuses on healthy food made with local ingredients. The spa has indoor and outdoor thermal pools, as well as treatment rooms where you can enjoy massages, reflexology and beauty sessions.

The Terra Nostra Garden Hotel is hardly a newcomer in Sao Miguel – its lavish art deco features are evidence of its 1930s roots, while the Terra Nostra Botanical Park, one of the island’s main attractions, is next door (hotel guests have free access).  Some rooms look into the gardens (some have balconies), while 2 of the suites are in an adjacent garden house beside the thermal outdoor pool.  The hotel restaurant specialises in Azorean food, and the must-have dish is the Cozido das Furnas, a hearty stew which is cooked by natural geothermal heat.

Island style: Luxury and boutique hotels in the Azores 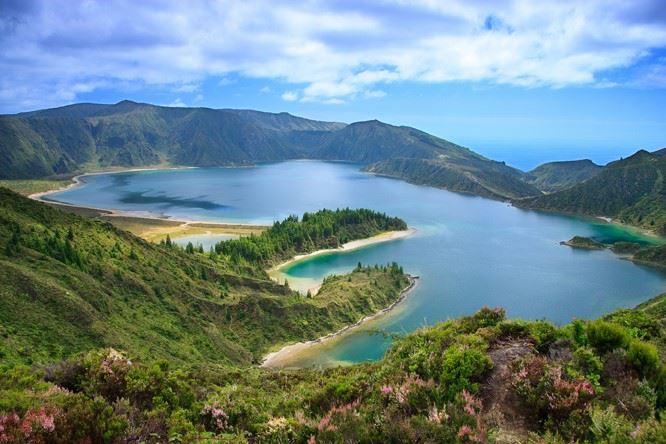 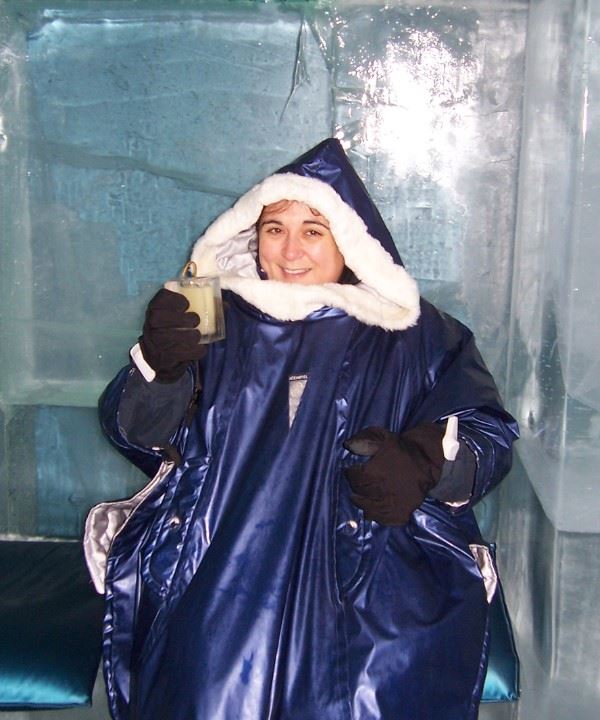 Other posts from Yasmin Zaidi

Exploring the Aeolian Islands The attractions of Chrani and surrounding Areas Cape Horn: A most memorable travel experience No-deal warning: don’t go on holiday after March 29 2019 | Sunvil's response Returning to our TV screens in April, 2017 – Corfu and The Durrells Trondheim, the original capital of Norway
10 reasons to go to Norway on your next holiday Highlights of Northern Portugal Notes from the field - Andalucia Sagres – the end of the world A walk in Thessaloniki’s Upper Town Walking in Kalami, Corfu Exploring Puglia – along Italy’s heel On the history trail in Cyprus 7 things not to miss in Argentina A slice of island life on Lipari Greece: The truth behind the headlines – Part Three 5 people you may not have known were Greek Barra da Tijuca – a very modern side of Rio Notes from the field – Corfu and Paxos Italy... what not to miss Tolon revisted Do come to Samos In 2016! Notes from the field – Brazil, Argentina & Uruguay May 2016 Sunvil Supper Club – Skopelos Goat and Prunes The unique wonders of the Galapagos Islands Notes from the field - Costa Rica 7 Facts about the Northern Lights Up and coming Greek islands An exciting glimpse of this year’s ICEHOTEL suites Golf Holidays in Cyprus Notes from the field – The Sacred Valley, Peru Questions to consider when planning a fly-drive holiday to Greece or Cyprus On the Trail of Aristotle Alentejo Wine routes Ammouliani – Halkidiki’s Secret Island Five unreal places in South America you have to visit Greece and the Mamma Mia Trail Stargazing in the Atacama Desert in Chile Monemvasia - A Plan For All Seasons Paphos – European Capital of Culture 2017 Highlights of Northern Norway Highlights of West Sweden Spectacular Lofoten Islands and Vesteralen Spotlight on Wildlife: Jaguar Discover the alternative activities on Ikaria Celebrating Carnival in South America The 29th incarnation of the ICEHOTEL's Art Suites Notes from the field – Puglia Gotland – Sweden’s Holiday Island Notes from the field – Northern Portugal Autumn escapes Paphos - European Capital of Culture 2017 Esteros del Iberá – Argentina’s secret natural wonder Notes from the field – Svalbard, Norway Discover UNESCO World Heritage sites on Cyprus ICEHOTEL 365 – the famous hotel becomes a year-round attraction Birdwatching holidays in Guatemala Holidays in the Peloponnese – a short introduction Oaxaca, Mexico’s Cultural Heart The Greek island of Samos and a journey to the land of Pythagoras The little-known sites of Ancient Greece Notes from the field – The Northern Fjords Staying at the ICEHOTEL in Sweden Great hikes and idle strolls on Crete Green means go. Amber means...? Read more inside Southern Albania as part of a twin-centre holiday The Algarve – Our Top 10 Cultural attractions Discover the Koster Islands, Sweden’s Secret Hideaway A Brief Guide to Thassos A day in Enna Celebrating Greek Easter 5 Ideas for Spa Breaks in Portugal Driving around Naxos The Azores May time in Greece Spotlight on Wildlife: Hummingbirds Who can you trust? Our 10 Best things to do in Florence, Italy 10 things you didn’t know about the Azores Leaves from a Greek Village 10 tips for travelling in 2022: learn from the experiences of the Sunvil team Notes from the field – the Algarve On the trail of Aristotle on his 2400th birthday Small-ship Amazon cruises The legends and charms of Lemnos Things to do in Norway while waiting for the Northern Lights Notes from the field – Svalbard, Norway 5 things to do on a summer holiday in northern Sweden The Alentejo - hidden Portugal Öland – a very Swedish holiday island 5 things to do when you miss your ferry on Skopelos! 5 highlights of a holiday in Chile Alternative activities in Ikaria San Ignacio Mini The five seasons of Svalbard A day in the Marine Park of Alonissos Greece Revisited Dion Alentejo - Guest Blog by Mary Novakovich Wild encounters in Latin America Limenas – the laid-back main town of Thassos Dodecanese – an introduction to 5 of the lesser-known islands

Talk to our Azores expert

Since joining Sunvil in 2007, Yasmin has travelled extensively across Portugal, the Azores, Spain, Italy, Sicily and Scandinavia. Her depth of knowledge of these countries is remarkable and she uses this to personalise the tailor made itineraries for our clients - attention to detail is something that is second nature, put her to the test. Though fluent in Spanish, she ranks Portugal as her number one destination... with our new programme to Sao Tome and Principe a close second.