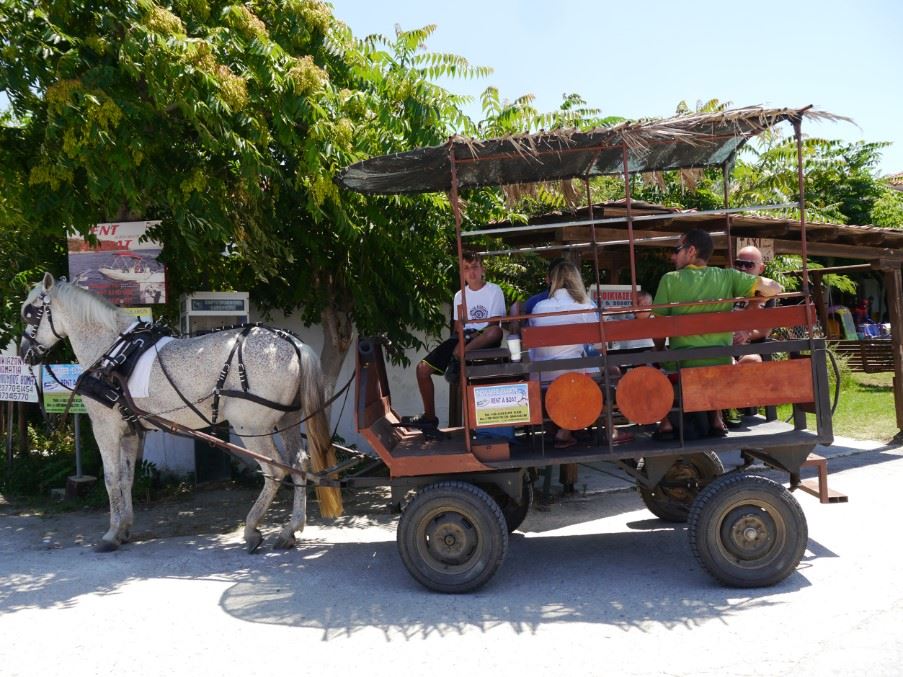 While the distinctive fingers of the Halkidiki region in northern Greece are well known as a popular holiday destination, there’s a small island just off its shores which has, until now, largely escaped the attention of visitors. Ammouliani is Halkidiki’s only inhabited island and, like the rest of Halkidiki, it has a coastline dotted with inviting white-sand beaches. It’s hardly surprising that it has remained below the radar for so long. There’s only one village, and the road from one end of the island to the other is only 4 miles in length; nowhere on the island is more than a mile from the sea.

The village sits on a hill overlooking the harbour. It has a few cafes and half a dozen restaurants and bars. There’s even an ATM and a couple of convenience stores; not bad for a population of barely 500. But people come to Ammouliani’s for its white sandy beaches, many of which remain gloriously isolated. The sea is a perfect turquoise colour, and with every point on the island no more than a gentle 40-minute walk from the village, you can explore the island’s beaches by taking a few unhurried walks. For those who really want to unwind, there’s a horse-drawn ‘beach bus’ which runs from the port to the expansive Alykes Beach.

Talking of horses, just off Ammouliani is Gaidouronisi, which translates as Donkey Islands. This group of tiny islets is a popular excursion which can be done in a self-drive rental boat. More glorious beaches await in an even more relaxed setting.

There are a few popular seafood tavernas on Ammouliani offering the daily catch along with typical Greek favourites. There is a bit of night-life too, but let’s be honest – if it’s all-night partying you’re after, Ammouliani isn’t likely to be of interest. And while the more popular beaches have some low-key water sports options, it’s a far cry from the bustling activity of the bigger islands. What Ammouliani does offer is a peaceful retreat, an ideal place to laze away the days taking walks through the island’s green interior to one of its beaches, and a place where the sound of the waves is the only disturbance to the stillness of a typical warm summer’s day.

While Ammouliani is still largely unknown to British holidaymakers, it is a highly popular destination for Greek visitors, and the island gets busy at weekends and in the summer months. The nearest airport is in Halkidiki, with a 40-minute drive to the port and a 15-minute crossing on what is a frequent ferry service, especially in the summer months.