A day in the Marine Park of Alonissos

Captain Pakis is giving us the lowdown on the Alonissos Marine Park. It’s early in the season, but the boat is full of tourists. There’s thirty of us, all but me Scandinavian. I rave about Scandi-noir TV series like The Killing and they, in return, politely congratulate me on Would I Lie to You. Right, let’s move to another TV topic. 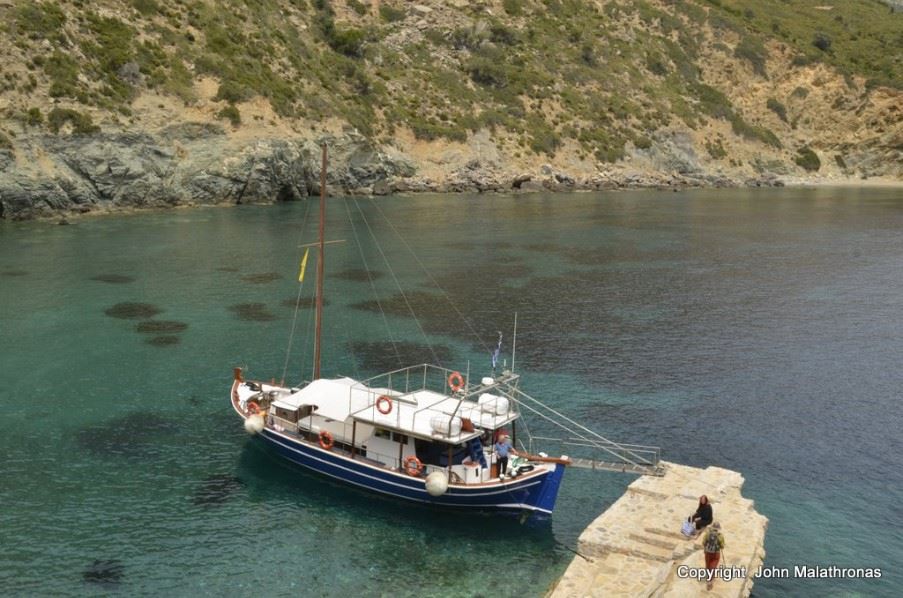 "Back in 1975 a team from the German ZDF channel under marine biologist Thomas Schulze came to the Sporades for a documentary on the flora and fauna of Greece,” says Pakis. “To their surprise, they discovered the last colony of Mediterranean monk seals – a species they thought long extinct – on the rocky island of Piperi.”

“The focus of their work changed and their resulting film Coast of the Monk Seals was watched by 11.8 million viewers on German TV. A few years later, an astonished audience of scientists who had never seen a monk seal before, watched the same documentary in a biology conference on Rhodes.”

After pressure was applied on the Greek government, the largest marine park in Europe, extending over 2,200  square kilometres, was created in 1992. Tourists like us started arriving on Alonissos whose waters, along with twenty-eight other islands and rocky outcrops are now sheltering dolphins, whales, rare seabirds and, of course,  those cute, intelligent monk seals.
Seagul 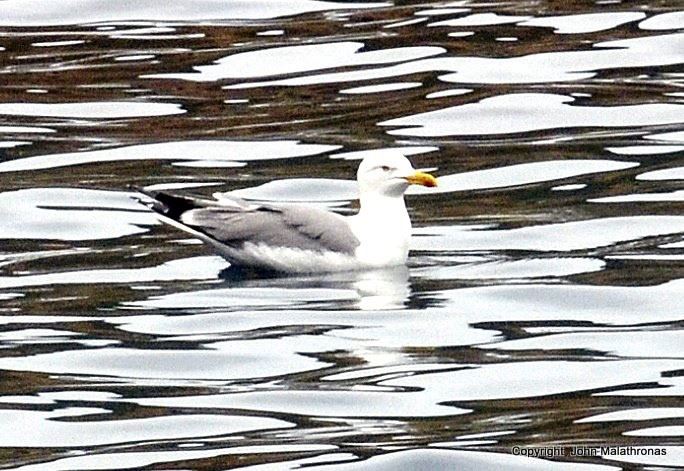 But this is a Greek boat trip, so the first thing we see outside the port of Patitiri are the remnants of an old 5C BC Acropolis when Ancient Ikkos was a thriving town exporting wine and olive oil to the Greek world. And our first stop was for a swim on the Gulf of Aghios Demetrios, arguably the best beach of Alonissos. 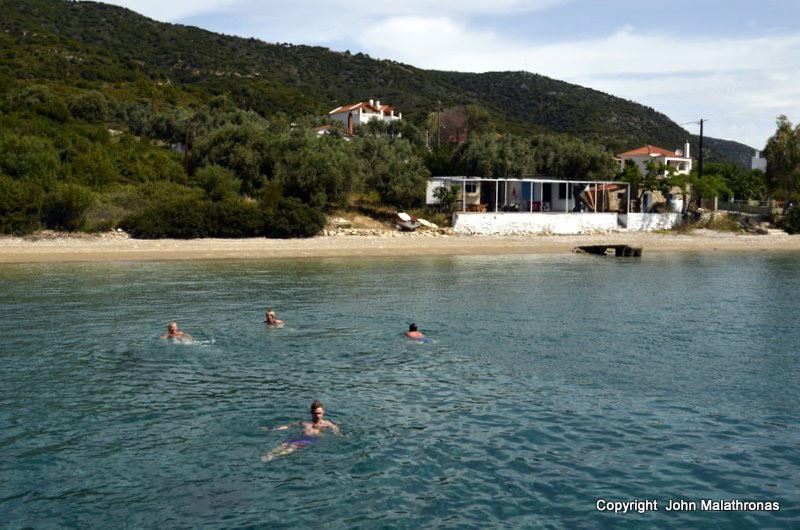 The Blue Cave is next – typical of the limestone sea caves that helped preserve the small monk seal population of the Sporades. The seals use them to hide their young from predators now that every beach has become the domain of Man. 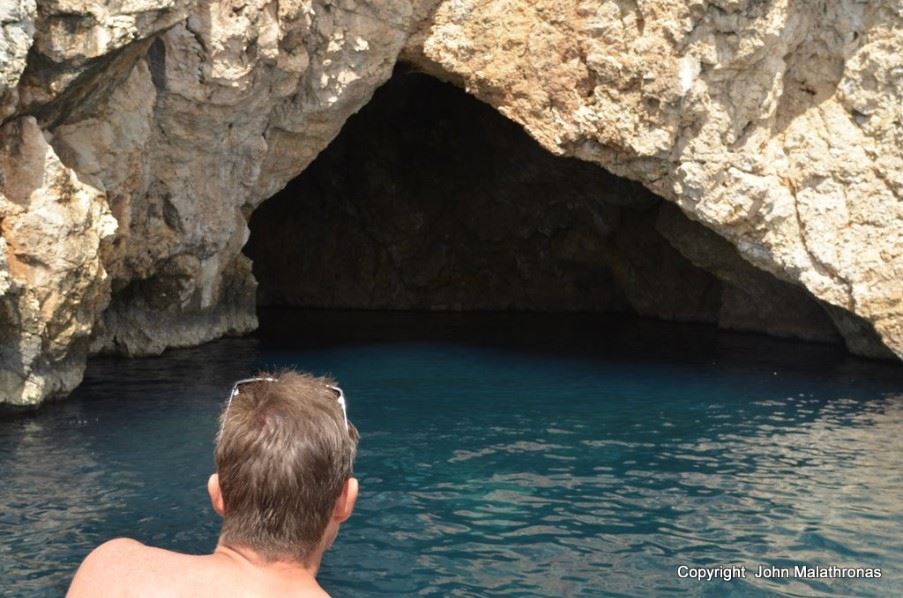 “How likely is it we’ll see seals? I ask Captain Pakis.

“Possible but very unlikely,” he says. “Firstly they are rare and secondly these last ones haven’t survived by trusting humans.”

European shags, endemic Aegean herring gulls (themselves nearing extinction) and forty-odd common dolphins make up for the lack of seals during our trip to Kera Panagia, an island belonging to the main monastery of Mount Athos. Nowadays, it’s populated by a caretaker monk who supplies Mount Athos with meat, olive oil and wine cultivated on the island. To-date it’s the only land belonging to Mount Athos that women can step on.

Father Chariton, approachable and photogenic , shows us a copy of the deed of purchase of the island in 993AD, one of the earliest real estate contracts in existence. He speaks English perfectly, as befits someone who used to be a chef in Camden Town in his heyday. He now sells souvenirs to tourists: CDs of Byzantine religious music, flavoured oils, wine from the Mt Athos vineyards, preserves, honey, icons. Everyone in our team buys something, as few can resists the lure of organic produce.

From the top of the monastery we can discern the main islands of the park. Piperi itself has a 3-mile exclusion zone to protect the seals. Another island, Yura, operates a 500m exclusion zone to protect the unique wild goats that inhabit it. In times past, fishermen waited for the goats to descend in order to drink seawater  – for the salt it contains – and shot them.

After lunch on the boat, where we watch sargo fish and flathead mullet fight over the breadcrumbs we throw overboard, we see more dolphins on our return. They are striped dolphins, smaller and more playful than the common dolphins we saw earlier, and they provoke many oohs and aahs among our Scandinavian contingent.
Dolphins 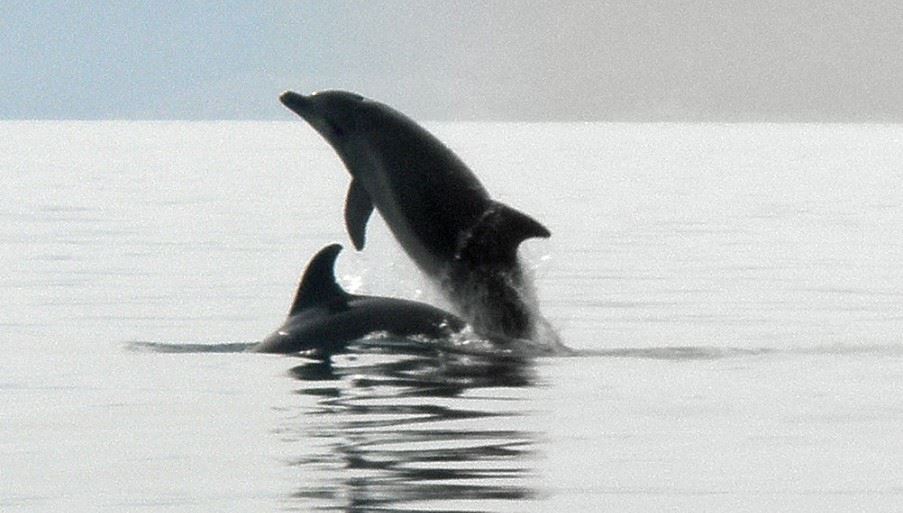 The second and last dip of the day is in a bay on the island of Peristera, dominated by a large rusting shipwreck. This is where a commercially moored ship broke its ropes and crashed onshore, accidentally turning the area into a must-snorkel spot. 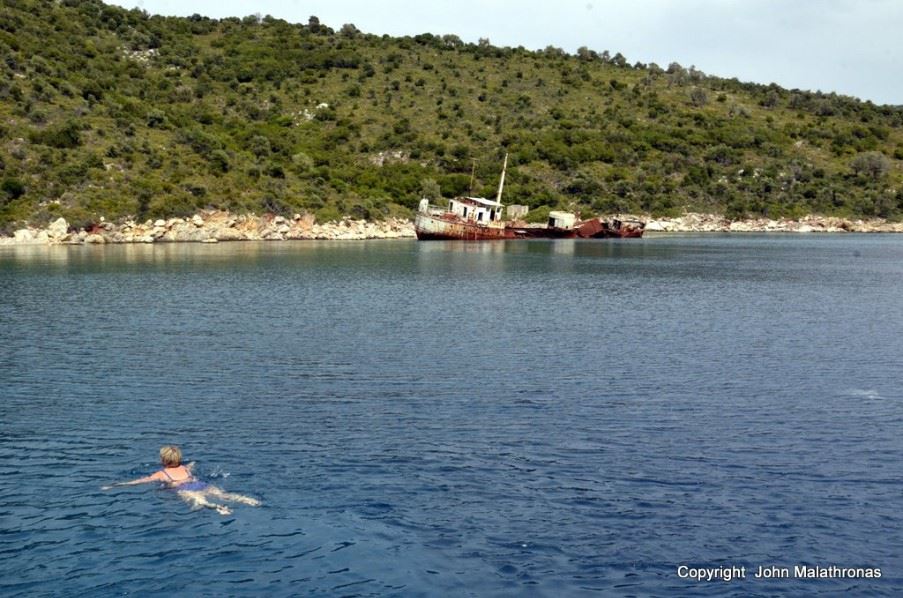 No seals, but maybe it’s better this way: out of sight, out of danger. Thomas Schulze – who now lives on Thassos  – has retired happy in the knowledge that the seal colony he so dramatically discovered is thriving.
John Malathronas is a versatile travel writer and photographer who has published three narrative travelogues on Brazil, South Africa and Singapore, has written for popular newspapers and magazines and co-authored guidebooks for Michelin and the Rough Guides. 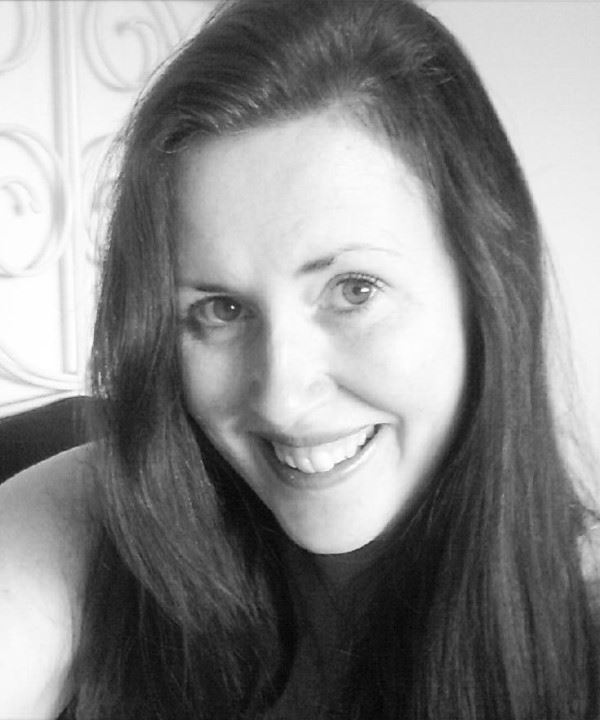