Ikaria and the secret of a long, healthy life 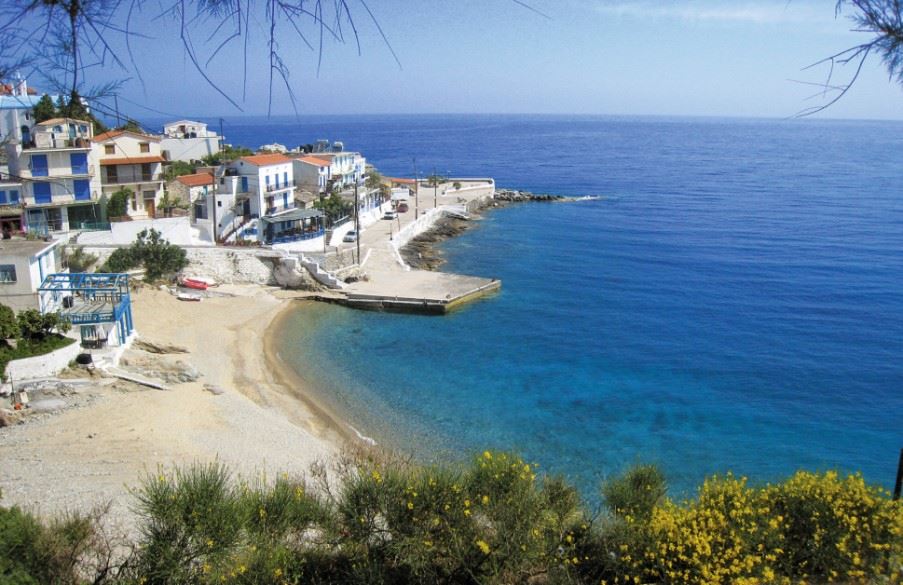 Jamie Oliver shone a welcome spotlight on the Greek island of Ikaria recently, as part of his new Superfood series. He went to Ikaria to look at why the island has so many centenarians; indeed a person who has spent their life on Ikaria is more likely to live to reach 100 than if they lived almost anywhere else in the world.

For those who have been to the Greek islands, this longevity is no surprise. On my last visit to Greece I got chatting to a man in a cafe on Paros and he instructed me to visit the village cemetery. “Go and see how well we live!” he told me. Sure enough, as I made my way between the well-tended graves, I added up the ages – many in their eighties and nineties, and a handful over a hundred; not bad for what was a tiny village.

Partly it must be down to the food. The dishes I enjoyed were simple, made with super fresh ingredients, and organic in the purest sense, without the price tag attached. The cheese and the pastry may not pass the strict diets that some folks believe are essential for healthy living, but they are made in uncomplicated, often very slow methods, and their production is very much about honouring a culture and a philosophy that has been passed down through generations. The joy of growing and harvesting the food you eat remains alive and well on the Greek islands.

Physical activity is part of it too. Many folks still lead active lives, whether they are fishing, growing or even running businesses catering for the tourists; you don’t find too many folks working 9 to 5 in front of a computer screen. There’s no need to sign up for the gym when you’re expected to join in with the harvest or help a family member when their business is going through a busy time.

But perhaps the approach to life is what singles people out on the Greek islands. “We have little money here”, one man told me, when we began to discuss the country’s economic woes. “But we’re not poor. You can’t live in Athens with no money. But here? Between us, we have everything we need. All we have to do is help each other.” And that, I’d like to think, is one of the secrets to the longevity on Ikaria, as well as on other Greek islands. The sense of community, the belief that everyone needs one other, provides a sense of value and purpose for people of every age, so that even folks in their 80s and 90s are active and respected members of their community. Perhaps it’s a city versus country thing, but I think there’s more to it than that. The simple, hearty diet, the willingness and pleasure of working to grow and harvest your own food, and the lack of stress involved in working long hours in pursuit of a prestigious career and big salary all play their part in a lifestyle from which all of us could learn a thing or two.