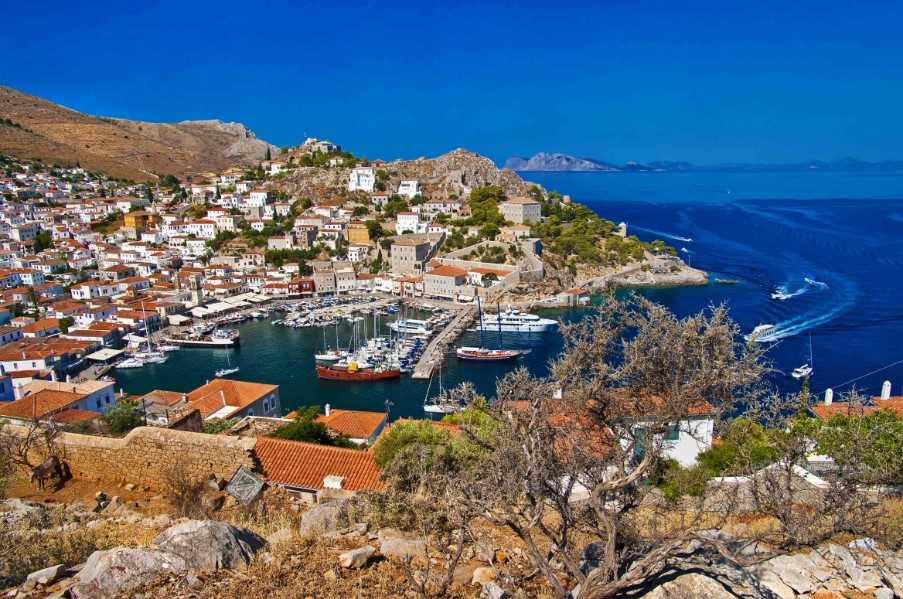 Follow in the footsteps of Rob and Steve and take a trip to lesser-known Greece, areas of bountiful charm and as diverse and spectacular as the rest of the country and simply should not be missed.

Built in 340 BC, the ancient theatre of Epidaurus in the Peloponnese is probably the most beautiful and best preserved of its kind. It was built in two phases – one during the 4th century BC and the second in the mid-2nd century – and divided into two parts: one for citizens and one for priests. Due to its excellent acoustics and condition, the ancient theatre which seats 13,000 spectators is still used today, most notably for the annual Epidaurus Festival in July and August.

Just 30 minutes from Tolon & Nafplion and can be visited as part of an organised day excursion with a guide. 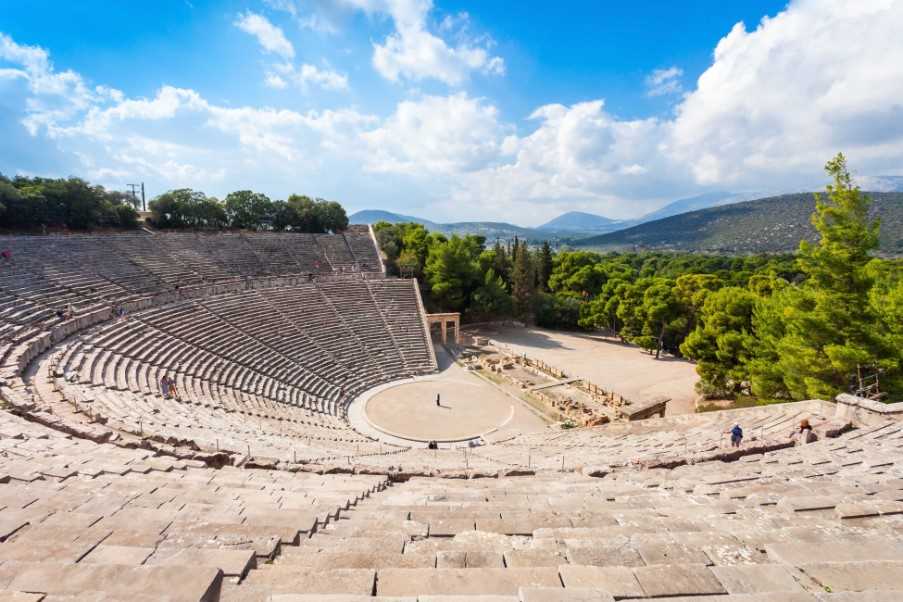 Hydra is one of the Saronic Gulf islands and is the most unspoiled even though it is the most popular. Growth here has been limited while the other islands expand outward to accommodate tourism. Hydra has retained its charm by not allowing new buildings, only the restoration of old ones, many of which are from the 19th century and older. One of the most charming things about Hydra is that there are no cars. Everything is moved by donkey, including groceries, building supplies, people and their luggage. Writers and poets have long visited the ‘island of Leonard Cohen’, in search of inspiration.

A stay on Hydra can easily be combined with holidays to Spetses and Poros.

The local transport on Hydra 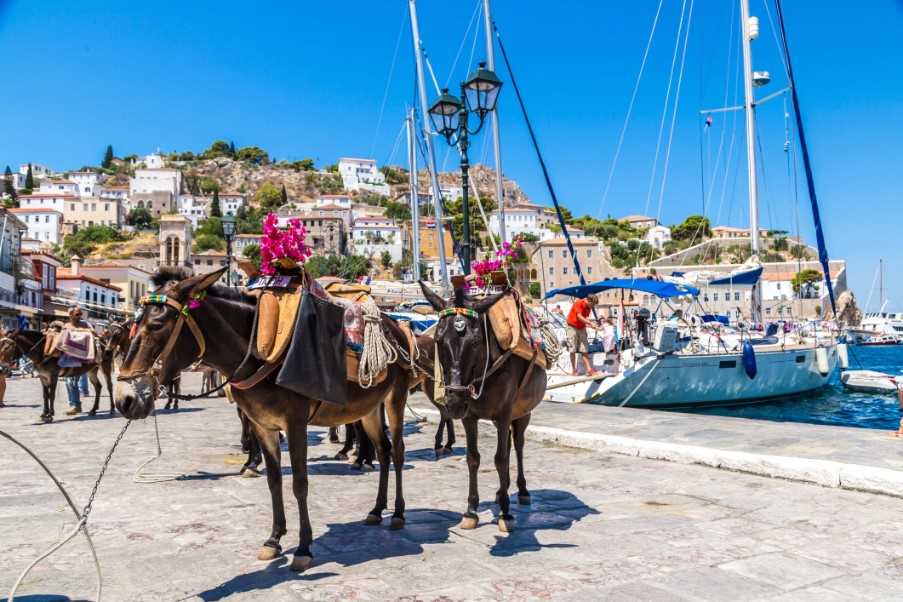 Nature’s Underground Cathedral - the spectacular cave complex of Diros in the Peloponnese offers visitors the opportunity to travel back to the Neolithic era and even further. It is not just the drop in temperature that gives you the chills as you descend underground to start the 40-minute boat tour of Vlychada, the biggest cave of the Diros complex. It is the beautiful and dramatic formations of stalactites and stalagmites, formed millions of years ago, when the sea, located just a few meters away, started to rise and formed the lake we see today.

The caves are an hour's drive south of Kardamili & Stoupa 30 minutes north of the tiny, atmospheric Gerolimenas where the super Kyrimai 5 star boutique hotel is located. 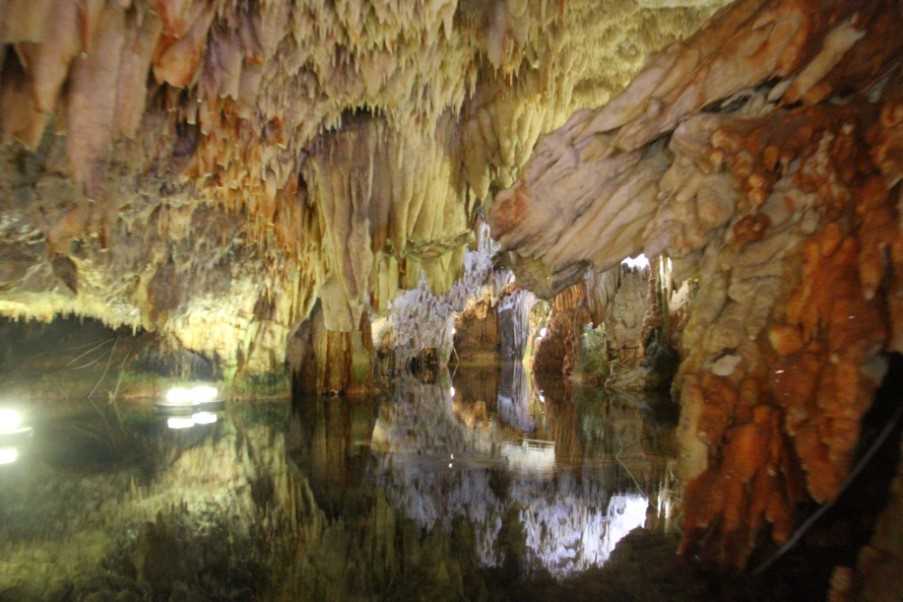 Built by King Nestor in the late Bronze Age (13th century BC), Nestor’s Palace is the most well-preserved Mycenaean Palace in Greece located in the area of Pylos on the west coast of the Peloponnese, in the district of Messenia. Nestor led Pylos to the Trojan War with 90 ships and is presented by Homer as a wise old man, whose opinion was always respected by the Achaeans. The site is dominated by a monumental structure consisting of 105 apartments which were once decorated with beautiful frescos. Many of the numerous archaeological findings from the site of the Palace of Nestor are kept at the Archaeological Museum of Messenia, which is located in Kalamata.

Close to our Zoe Hotel in Gialova. 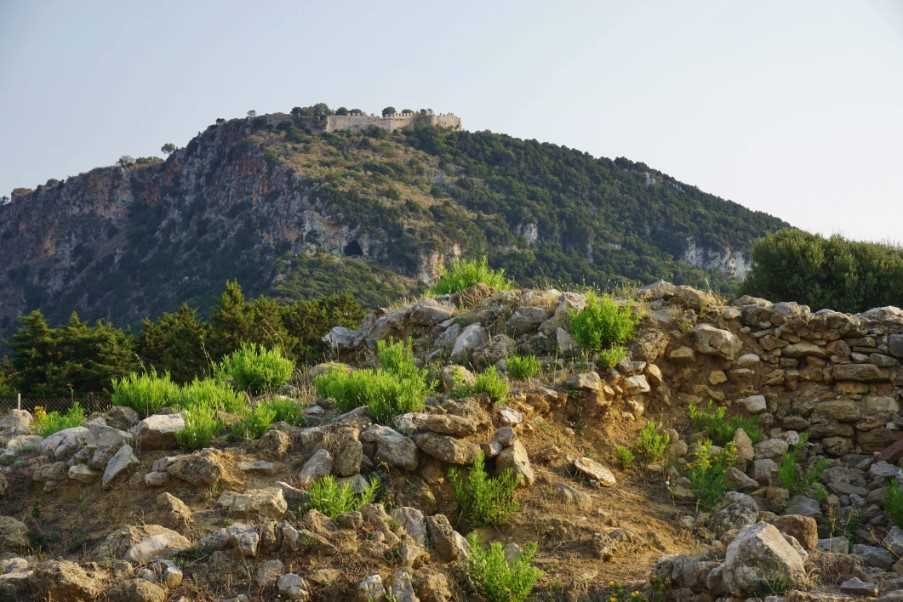 Jutting out into the Aegean off Halkidiki's Athos peninsula in northern Greece, you’ll find the impressive ruins of the walls of ancient Stagira, the birthplace of Aristotle, tutor to Alexander the Great. Overgrown and abandoned for centuries, the home of the man who influenced 2000 years of history, finally saw the light of day when the site was excavated in the 1990’s. Ancient Stagira is best visited from the small fishing village of Olymbiada a short walk away. 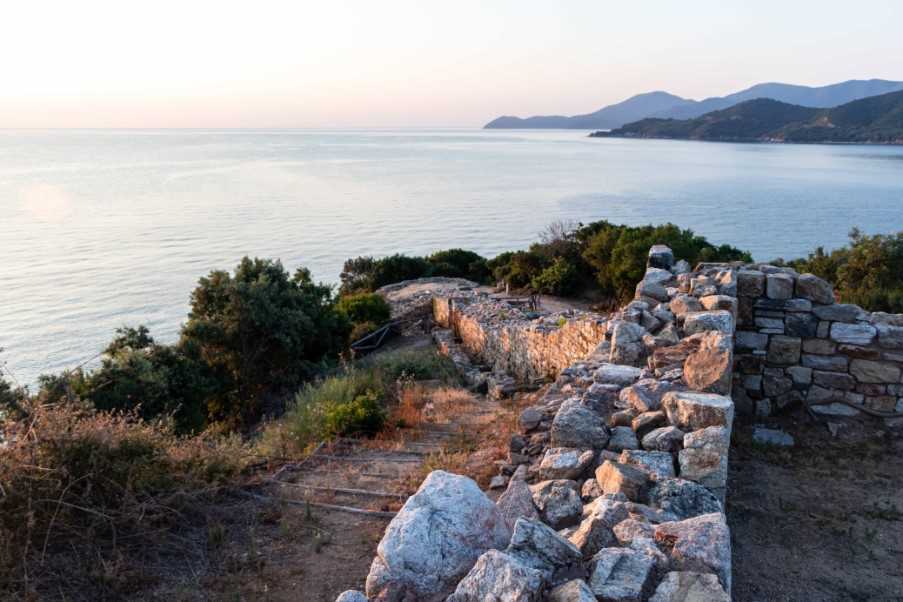 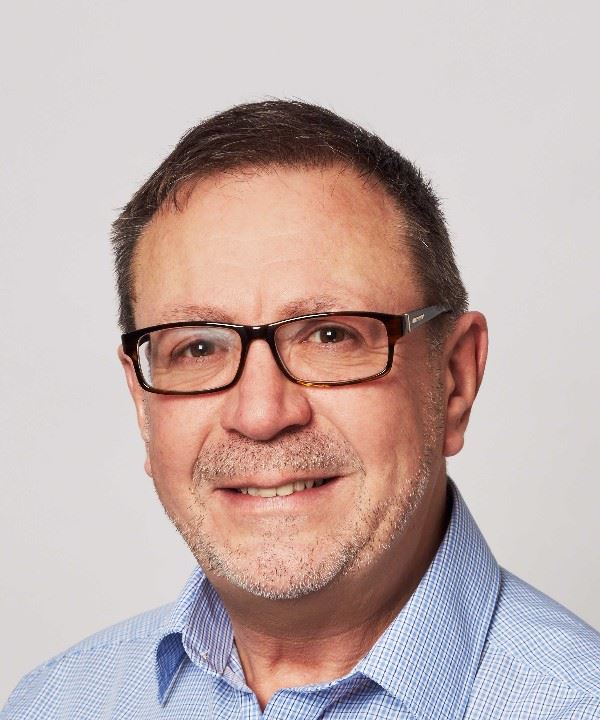 Walking in Kalami, Corfu Our top five scenic fly-drive holidays All for the love of travel | Ask the experts #3 Dion Why We Love Greece Up and coming Greek islands
On the trail of Aristotle on his 2400th birthday Waiting for the ferry to Ammouliani Follow in Rick Steins food-prints in the Mani Southern Albania as part of a twin-centre holiday

Talk to our Elafonissos expert