On the trail of Gerald Durrell in Corfu 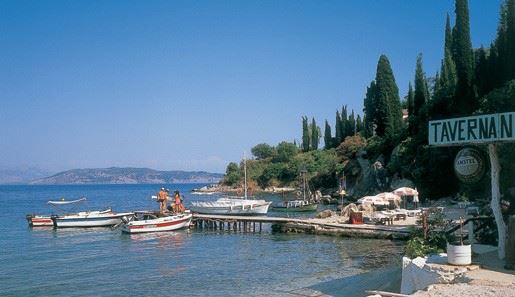 One of the first books I remember reading at secondary school was My Family and Other Animals by Gerald Durrell. I have to admit to finding the book a bit of a struggle at the time. Even though I was the same age as the author at the time in which the book was set our lives seemed to be separated by more than the thousand or so miles that divide the island of Corfu from my childhood Nottingham home. I shared neither the colourful landscapes or the equally colourful family life that Durrell reveals in his auto-biographical account. So why has this book lingered in my memory for the last 30 or so years?

My Family and Other Animals is the first of a trilogy of books that Durrell, a passionate naturalist, wrote about the flora and fauna of Corfu, his childhood home. His widowed mother brought him to the island and away from their English home, along with his older brother Larry and sister Margo. They only lived on Corfu between 1935 and 1939, but in that time Gerald experienced an informal education that would have an impact on him for the rest of his life.

Gerald’s adventurous explorations of the island are encouraged by his private tutors, most notably the naturalist Dr Theodore Stephanides who fires the young boy’s passion for collecting specimens of anything and everything in jars. During his adventures around the island he encounters tortoises, owls, spiders and all types of insects, all of which he studies and, where possible, gathers up and brings home to his exasperated mother. As he describes his outings around Corfu, Durrell paints for us a picture of an idyllic island of deserted beaches, wild greenery and traditional villages where time moves slowly and the sense of community comes ahead of all else.

Perhaps for many people Durrell’s book is best remembered for his merciless observations of his rather eccentric family. He spares none of them in his accounts of strange adult behaviour and teenage angst and describes with naive honesty the visitors that would call at the White House in Kalami, where the family lived (now surrounded by holiday apartments).

Corfu was the first Greek island I visited back in 1990 and by that time it had already developed into a popular holiday destination. But the words of Gerald Durrell and the images he had painted through his words stayed with me as we toured the quiet inland roads of the island. It was heartening to know that despite much of the island’s lurch towards mass tourism, away from the main resorts there are still plenty of wild areas where nature has remained untouched and where Gerald Durrell would still feel at home.

Our main site has plenty of useful information if you’re thinking about a holiday in Corfu.