Returning to our TV screens in March, 2018 – Corfu and The Durrells 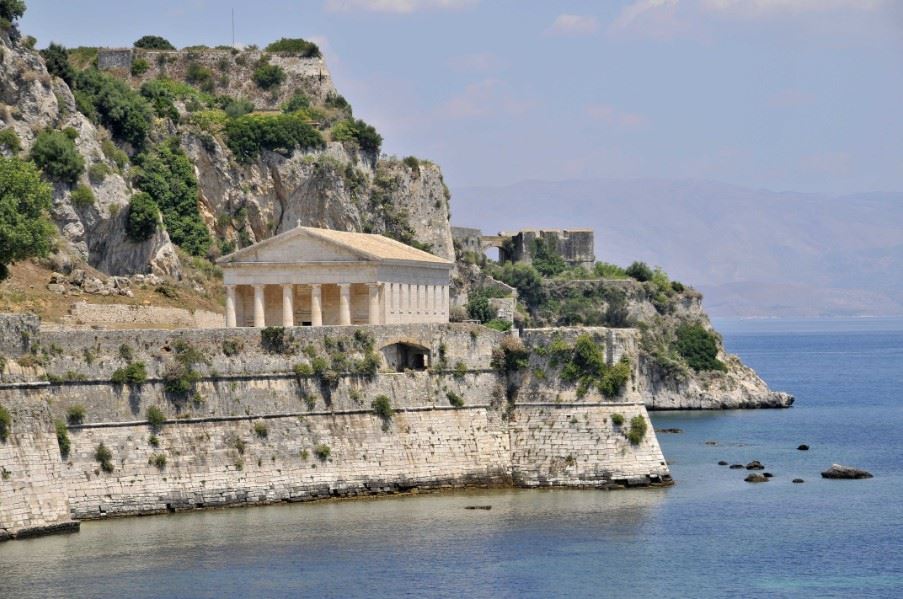 It’s fair to say that Durrell’s famous work has done a great deal over the years in enticing people to Corfu; if not to go crawling under rocks looking for beetles then at least to sample the colour, the landscapes and the friendly (often eccentric) people which he so vividly describes. Once again, millions more will be exposed to Corfu’s charms when the third series of The Durrells, a 6-part drama series based on Durrell’s books, returns to ITV. Set in 1935 and filmed in Corfu, it continues to tell the story of Luisa Durrell, who as a relatively young widow packed up her belongings and dragged her family to make a new life on a Greek island.

Gerald Durrell’s accounts of his teenage years collecting bugs and meeting odd folks are so well told that it’s easy to absorb his story as a work of fiction, but the Durrells were certainly a real family and their life on Corfu was no fantasy. They arrived on the island in 1935 and set up home in what Gerald called the Strawberry Pink Villa. It still stands in Perama (very close to the end of the airport runway), although it has been heavily renovated since the Durrells’ stay. In keeping with their general instability they lived in several properties during their four years on the island, including the Daffodil Yellow Villa in Kontokali near the popular town of Gouvia, a short distance north of Corfu Town.

While it is Gerald’s works which have sold millions of copies, his elder brother Lawrence was the one who was most serious about his literary aspirations. His novel Prospero’s Cell painted an evocative picture of pre-war Corfu, and Lawrence rented a home on the north of the island with his new wife Nancy, staying on when the rest of the family left at the outbreak of war and only escaping after the island was occupied by the Germans. The White House as it’s known still stands overlooking Kalami Bay, and by all accounts makes the most of its Durrell connections. The ground floor of the building is now a popular taverna, while the upper floors are available to rent.

Sunvil offer a variety of accommodation in Corfu. from family-run hotels to relaxing villas.